How the shows you watch could be stressing you out

What to watch — harrowing coverage from the battleground that is Syria or Dancing with the Stars? The former choice seems like the ethical pick, the latter makes you feel a little queasy. 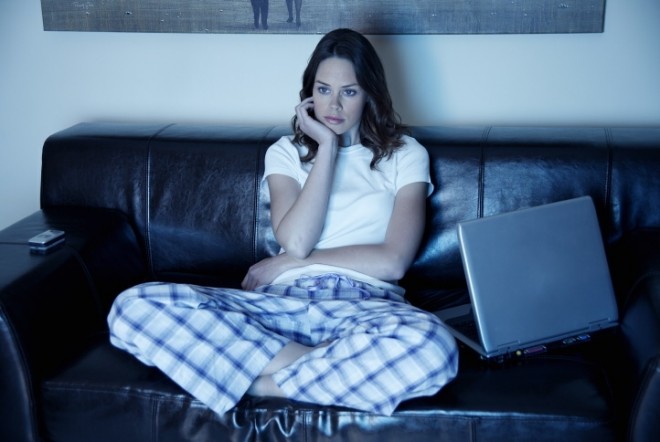 What to watch — harrowing coverage from the battleground that is Syria or Dancing with the Stars? The former choice seems like the ethical pick, the latter makes you feel a little queasy.

If it makes you feel any better, watching a bare-chested Maks heap disdain on everyone in his immediate purview is probably better for your physical and mental health (relatively speaking anyway) than ingesting a steady diet of atrocities on the never-ending news cycle that our daily lives has become.

In a recent article in The Daily Mail, researchers from UC Irvine reveal the results of a long term study sponsored by the National Science Foundation concerning the effects of  regular exposure to graphic media images that focus on terrifying events and traumatic contemporary horrors.

One thousand participants were monitored before and after 9/11 and the Iraq war in an attempt to evaluate the consequences, both physical and psychological that may result from stressful viewing of frightening frontline imagery. Unsurprisingly, perhaps, researchers report that four hours or more of extended daily exposure to what study leaders refer to as “collective traumas” according to the article — specifically seeing battlefield action or dead soldiers, for example — can produce symptoms similar to post-traumatic stress disorder and acute stress.

Too much exposure appears to affect physical well being, too. The crux of the issue seems to be the extent and repetition of the levels of exposure, which is why none of the study principals is advocating that unpleasant news stories and images should be censored or minimized. When our exposure to graphic imagery is ubiquitous and constant courtesy TV, film and the Internet, it just makes sense for us as individuals to exert personal restraint when it comes to what we watch and in what quantity.

Now if only someone would do some research into the traumatizing effects of prolonged exposure to The Real Housewives of Vancouver.

Do you tend to watch more lighthearted TV or mostly the news?