How Terry Pratchett helped my mother cope with Alzheimer’s

The Discworld author lost his battle to a rare form of early-onset Alzheimer’s this week. His writing on the disease helped my mother grapple with it herself. 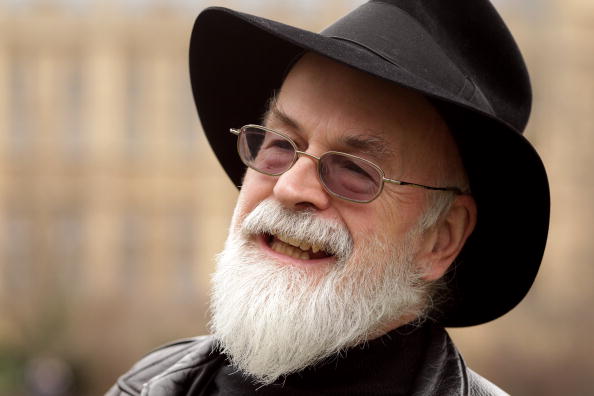 I first heard of popular British fantasy writer Sir Terry Pratchett, who died on Thursday, when I was Googling posterior cortical atrophy (PCA), a rare form of early-onset Alzheimer’s. Pratchett, the author of the Discworld series, had written a series of articles in British newspapers about having PCA, a disease that shuts down communication between the brain and the eyes. My mother had just been diagnosed and I was desperate for information. Pratchett’s articles, in which he vowed to keep writing fiction, offered such comfort.

The disease often comes on around 50 years old and starts out slowly, so those suffering are frustrated by subtle changes in their cognitive abilities. At the beginning, they have trouble finding their keys even when they’re on a table right in front of them — and understanding driving directions and recipe instructions becomes impossible. Due to the young age and visual symptoms, misdiagnoses are common. Doctors told Pratchett he’d had a stroke, while my mom’s condition was labelled as mental breakdown and minor cognitive disorder. The PCA diagnosis eventually came in 2013.

For Mom, Pratchett’s articles were a lifeline. Here was a bright, funny, literary man who had the same disease as she did. He looked young like her and was bound to “keep things cheery.” She was very impressed that he was able to continue writing — using dictation software or an assistant — as she could no longer perform her duties as a cashier. She carried around his articles and when she had to explain PCA to someone new, she diminished her embarrassment by pulling out Pratchett’s articles. Because he had the disease, she felt she was in good company.

Pratchett donated more than half a million pounds to Alzheimer’s research and took part in experimental treatments. Meanwhile, my mom’s condition took a turn. She went in for a spinal tap (a procedure given to confirm the PCA diagnosis and to test for genetic factors) and immediately afterward suffered a brain hemorrhage. That sped up her descent into Alzheimer’s much quicker than expected — and at 61 she’s in a long-term care facility. Her vision is nearly gone and given her current cognitive abilities, she certainly would not be able to understand those articles of Pratchett’s that she held so dear.

There are a lot of unknowns about how PCA will affect the rest of my mom’s life. We were hoping Pratchett would be our guide. At 66, he died in his bed, with his cat sleeping next to him — and surrounded by loved ones. As others celebrate a man who gave them the magical universe of Discworld, I’m forever grateful he shared the all-too-real account of the disease that would take his life.