How Ryerson University is creating a female-friendly campus bar

Servers at the Ram in the Rye are making a safe space for students to drink, dance and go home unharassed. 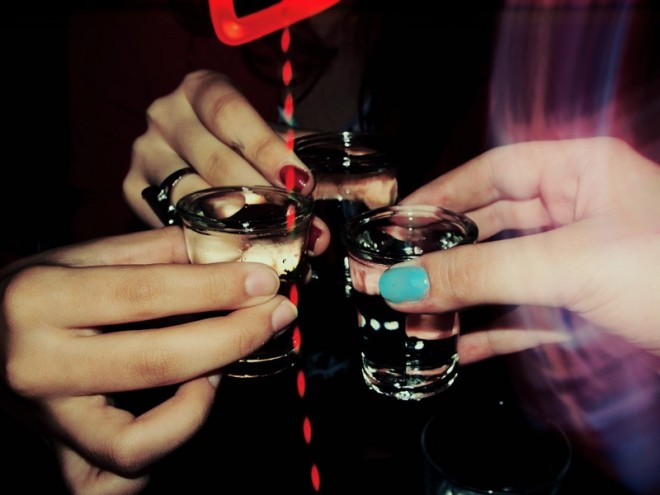 It’s a new school year at Ryerson University in Toronto’s downtown core and the campus bar, the Ram in the Rye, is about half full of students reuniting over pints and comparing class schedules. Come nighttime, the dimly lit space is often packed for open mics, sponsored pub events and boozy DJ’d dance parties. This year, for the very first time, Ram in the Rye staff are specially trained to spot behaviour that might lead to assault — aggressive come ons or patrons trying to take home students who are clearly too drunk to consent to sex — and to intervene.

Ryerson, like other campuses across Canada this time of year, is in the “red zone” — a term experts coined to describe the first few weeks of university or college, when students, particularly freshmen hitting up their first university parties, are more vulnerable to sexual assault on campus. Studies show that at least 50 percent of sexual assaults on university students happen when alcohol is involved, and schools are attempting to address the issue. (Stanford controversially banned alcohol at parties following the Brock Turner case, in which the Stanford student raped a woman who was black-out drunk.)

Ryerson’s training coincides with a larger movement in Ontario. The province recently implemented a new law, Bill 132, to prevent sexual harassment in the workplace, which includes bars, and announced a $1.7 million investment in helping front-line workers from the hospitality and healthcare sectors (bartenders, servers, nurses, doctors and the like) identify suspect behaviour among their clients and step in.

This summer, Ram in the Rye manager Michael Verticchio approached the university’s sexual violence support and education coordinator, Farrah Khan, to find out how the bar could comply with Bill 132. Khan taught 65 Ram staff how to safely do something when they see things get “weird,” as she describes a dynamic many women know too well. For example, a server might check in with a female student when the guy who’s been chatting her up goes to the bathroom, or find a way to step in on the dance floor if a girl doesn’t appear to be into a guy grinding on her.

At first, Khan says, many of the staff feared the awkwardness of directly involving themselves in someone else’s business — a classic part of the bystander effect, a phenomenon in which people don’t help victims when other people are around. But as they learned more, they seemed glad to be on the same page about how to make their bar a safer place.

Raven Butler, a server at the Ram for the last two years, is glad she and her co-workers are getting over the awkwardness. Before the training, she says, it was difficult to decide when and how to interrupt a questionable situation. She also thinks it’s important for the bar’s patrons do know there’s a team there to back them up “As a staff member, I’m making it clear [to aggressors] that I’m here if you try anything, or I can make their friends aware [of the situation].”

The reaction among students seems positive. Anna Wilson, a first-year from a small city outside of Toronto who’s at Ryerson to study biomedical science, likes that bar staff are looking out for her. “If someone isn’t comfortable telling the guy ‘no’ it’s good for the staff to step in — the guy will be more likely to listen to someone working there.” But the need for specific training is met with skepticism amongst some students: “Shouldn’t we all be looking out for each other anyway?” asks Isobel Lauzon, a third-year studying child and youth care.

Ryerson’s program is similar to one already established at The University of Calgary, where the student union has been training staff at its campus bar since 2014. Student reps there say it has helped foster an environment of respect among partying students. The Ram staff haven’t had to use their training yet, but it’s early days. They’re currently working on signs to post in the washroom that urge students who might feel uncomfortable to ask staff for help. “Tinder date gone wrong?” the sign reads. “Come to the bar and ask for Rachelle or Jennifer and we’ll get you out of it and/or get you a taxi. Your safety and happiness is our highest priority.”

More:
How to survive a sexist workplace (hint: female friendships)
Why we shouldn’t be so quick to praise weight loss
7 silly weight loss myths debunked by a dietician