In today’s news: the price of food is way up; how one woman uses coupons to shop for free; an international pedophile ring is exposed; concerns about nuclear radiation reaching North America; and the medical effectiveness of placebos. 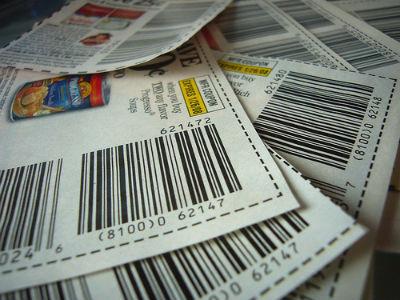 Wholesale prices rose dramatically last month, due to the sharpest rise in food prices in 36 years. The cost of vegetables is up nearly 50 percent, and the cost of meat and dairy is also significantly higher. Bad weather and crop damage in Australia, Russia and South America are to blame, along with the demand for corn to make ethanol.

Fortunately, we’ve got a remedy for those rising food prices: coupons! An article in the most recent issue of Maclean’s highlights how one woman reduced her weekly grocery bill to a measly $20. She says that coupons save her some $60,000 per year, and she’s written a book sharing all of her cash-saving secrets. To read more, click here.

The bust of an online pedophile ring has led to the arrest of two Canadian men. European police announced yesterday that the investigation of a Netherlands-based online child pornography network some 70,000 strong has led to the rescue of 230 children and the arrest of 184 suspects, including Canadians Philip Publuske and John William Lapage.

With a potential nuclear meltdown looming in Japan, people as far away as the U.S. and Canada are panicking about the possible health effects of a worst-case scenario. While there is some cause for concern, it’s easy to blow the actual risks out of proportion. With that in mind, this video on NBC seeks to dispel the myths about radiation and explain what, if anything, we in North America should be concerned about.

When should a doctor be allowed to prescribe a placebo? Research has shown that a sugar pill can have the same effect as an actual drug if the patient is unaware they are receiving a placebo. Yet giving out placebos is frowned upon, as those in the medical profession believe it erodes trust in the doctor-patient relationship. A recent article on Slate discusses how the positive effects of placebos might best be exploited, and describes how one doctor has found away to give them out without damaging the trust of his patients.