How a traditional mom learned to champion her gay son

Sushma Agarwal was shocked and confused when her son came out. Now she heads up a support group for parents with gay kids. 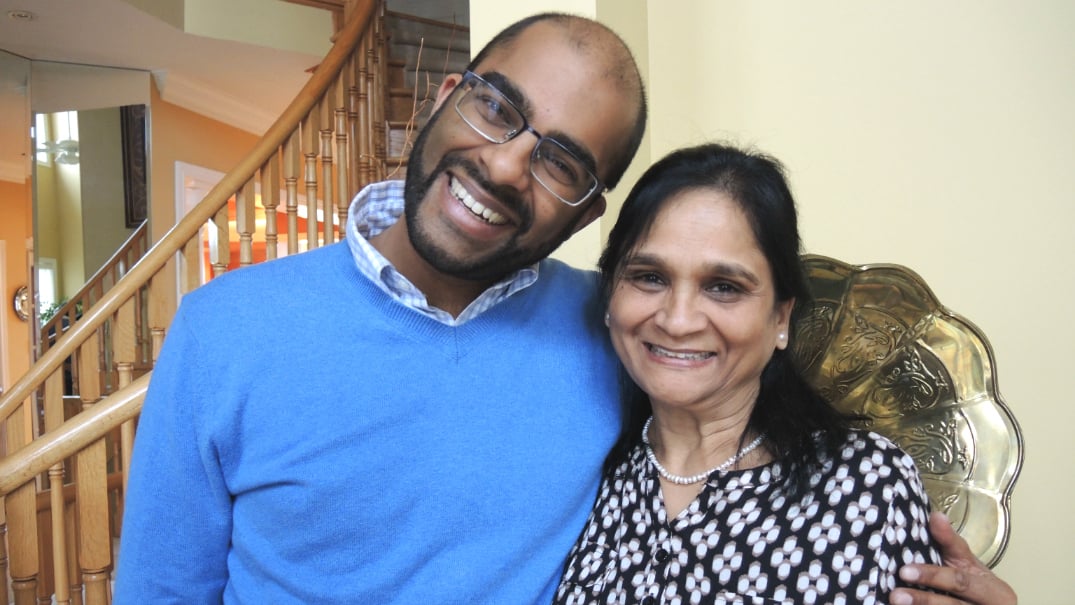 Sushma Agarwal’s journey to understand her gay son started with a trip to her local library. Although she grew up in a large city — New Delhi, India — Sushma had lived a very sheltered life. As a child, she had “no TV, no films, nothing. I knew nothing of the world,” says Sushma, now 61 and living in Oakville, a suburb of Toronto, with her husband Vijay.

When Sushma’s son, Rishi, came out in 2004, she says says she was painfully naive. “I was thinking, ‘What did we do wrong as parents?’ I thought maybe some girl rejected him, and so he turned gay. I even thought that it was because we were in Canada — that these things don’t exist in India. I really didn’t know anything.” Sushma and Vijay told their son that they loved him unconditionally, but in order to understand him better they needed to educate themselves.

The Agarwals tracked down whatever material they could at the library, from an NFB documentary on gay culture in Canada to books on the history to gay rights in Canada and self-help guides for parents. After a three-day crash course, the Agarwals met with Rishi to let him know they supported him.

Three years later, when Rishi got engaged, they organized a big Hindu wedding for the couple. More recently, the Agarwals launched a new chapter of PFLAG (formerly Parents and Friends of Lesbians and Gays), which they hope can help others in the South Asian community who might be struggling to accept their LGBTQ family members or loved ones. Sushma also wrote a book, Loving My Gay Child: A Mother’s Journey to Acceptance, which she self-published in 2015. “I felt that by writing this book about my own experience, it would make a difference in others’ lives as well.” Below is some of her advice for other parents.

Head to the library. The Agarwals learned about LGBTQ issues such as the fight for gay rights and the legalization of gay marriage by checking out books and documentaries. Sushma found the books Now That You Know: A Parents’ Guide to Understanding the Gay and Lesbian Children, Homosexuality: What Does It Mean? and It Gets Better: Coming Out, Overcoming Bullying, and Creating a Life Worth Living particularly helpful. “I also Googled a lot,” she says.

Find a support group. The Agarwals attended PFLAG meetings to swap stories with parents in similar situations.“When we first heard stories from other parents, we understood that we were not alone,” says Sushma.

Seek professional advice. Sushma initially made weekly appointments with her family doctor to talk through her questions. “We even went to EAP counselling through my husband’s work,” she says. “Wherever we could go, we went.”

Be honest with friends and relatives. Once the Agarwals came to accept their son’s sexuality, they went about telling their friends, one by one. “We didn’t tell them in a group because if someone has some negative feelings, we wouldn’t have known,” says Sushma. “I know some parents who had to deal with people constantly trying to fix their sons’ marriage, and they had to be keep on pretending. It just adds stress.”

Watch movies or read novels with LGBTQ themes. Sushma says the films Brokeback Mountain, Fire and the Bollywoood film Memories in March helped her appreciate her own experience better.

Accept your child. For the Agarwals, accepting Rishi was the key factor to build a loving relationship. “After he came out, I could talk to him for hours about dating,” says Sushma. “I was with him all the way. And I feel that’s why our son has been able to settle down beautifully.”

Keep the lines of communication open. Sushma’s “number one” piece of advice is to keep talking about your own emotions and feelings as you go through this process. “Whether it’s your child, your friend or other parents, or even your spouse, talking helps.”

More:
The baby girl I almost had
Why I went back to school as a single mother
Canada in photos: 35 of the most Canadian images ever