How Marilou overcame anorexia and fell in love with food again

After a five-year struggle with anorexia, singer Marilou (our July Ms. Chatelaine) left her career to focus on transforming her relationship with food. Selling 175,000 cookbooks in Quebec alone is just a bonus. 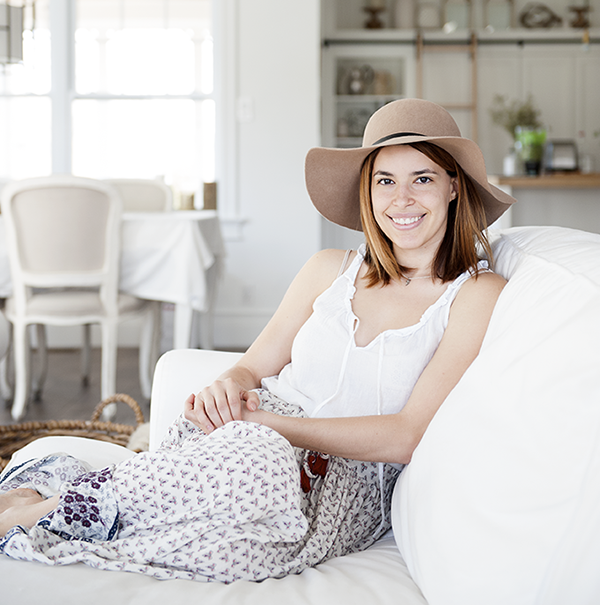 A few clicks through the recipe blog Trois Fois par Jour will have you reaching for your mixing bowls. There are stunning photos, plus sun-drenched videos of the site’s creator, the mononymous Marilou, animatedly assembling pizza bagels or chickpea salad in her Boucherville, Que., apartment; her husband, Alexandre Champagne, jokes from behind the camera. Everything on the website looks effortless. But its name — Three Times a Day — is actually a homage to eating three square meals every day, a seemingly obvious practice that helped Marilou recover from a debilitating eating disorder.

In 2007, at age 16, Marilou weighed less than 100 pounds, was in constant pain and could barely focus. She was also under a huge amount of pressure. Marilou was only 11 when she was signed by Sony Canada and Sony France after singing on a Quebec television special. By age 14, she was living in an apartment in Paris, performing internationally and receiving career advice from Celine Dion. She was also aware of how many people were gambling on her future. “I knew that if I wasn’t performing my best, people would be disappointed. I wanted control over something,” Marilou says. That’s when her struggle with anorexia began.

It wasn’t until five years later, when she started losing her hair and stopped menstruating, that Marilou finally understood she needed help. She dropped her singing career, returned to Montreal and focused on taking care of herself — starting with a commitment to eat three proper meals a day. One night in 2013, Marilou was baking cookies when her husband started snapping photos. They decided to post them on a blog, along with recipes that even a novice cook could follow. Within days, they received over 1,000 likes on Facebook; now they have nearly 400,000 followers. The appetite for Trois Fois par Jour has led to an online boutique, with aprons and lunch bags, and a cookbook that’s sold 175,000 copies in Quebec.

While the recipes are nutritious, “we don’t list calories or any other nutritional information,” Marilou says. “Our philosophy is that if you listen to your body, you can eat whatever you want.” It’s a message that resonates: Marilou is about to launch a quarterly magazine, and both her first cookbook and her website will be translated into English this fall.

It’s been three years since she released a new single, but Marilou isn’t rushing to return to music. Instead, in 2012, she voiced heroine Merida for the French-Canadian release of Brave, about a courageous young girl who carves out her own path despite society’s pressures. They make a great pair.