How many hours of work does it take to make you depressed?

How long does it take for you to feel down and out when you’re at work? Sometimes kicking off the work-related blues is as swiftly and simply completed by the seemingly harmless act of turning on your computer and reading an email from a co-worker. 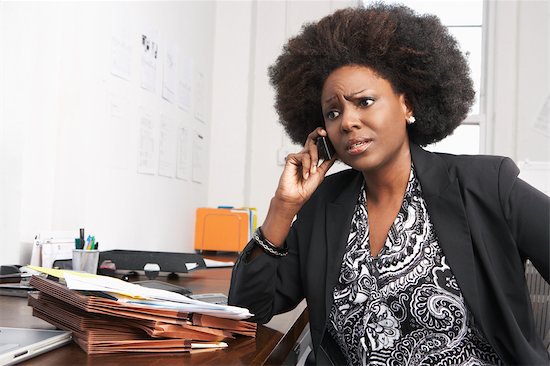 How long does it take for you to feel down and out when you’re at work? Sometimes kicking off the work-related blues is as swiftly and simply completed by the seemingly harmless act of turning on your computer and reading an email from a co-worker.

But a new study (via Marie Claire) also suggests that aside from any fractious relations or work stresses that may affect mood, there is a certain amount of overtime that sends employees’ happy hormones into a death spiral.

So, how long is too long for most people? According to a study by British researchers those employees who work up to 55 hours a week are 50 per cent more likely to suffer from depression or a depressive episode. Of the more than 2,000 civil servants who participated in the study, 66 had complained of experiencing a major depressive episode.

The study also suggests that certain groups of workers are more susceptible to the negative effects of overtime than others. In particular, women and those who weren’t remunerated fairly for their efforts were deemed at greater risk of depression.

The researchers suggest that there are ways to offset these effects. For starters, employers who ask overtime of their employees could choose to increase salaries and create more supportive work environments.

Women may need more than a raise to hold onto their mental marbles, however. They may also need someone to pick up the slack at home. The study also found that even women who were paid well still suffered the negative effects of overwork as they had numerous personal responsibilities at home.

While the study highlights the vulnerability of many working women to emotional distress, it also inadvertently reveals their magnificent staying power. With responsibilities at work and at home and little to no time off for good behaviour, an occasional depressive episode (rather than say a full-on meltdown) sounds downright admirable.