How Kelly Oxford Tweeted her way to the top

We sat down with the sarcastic and hilariously honest A-list writer to chat about her path to stardom. 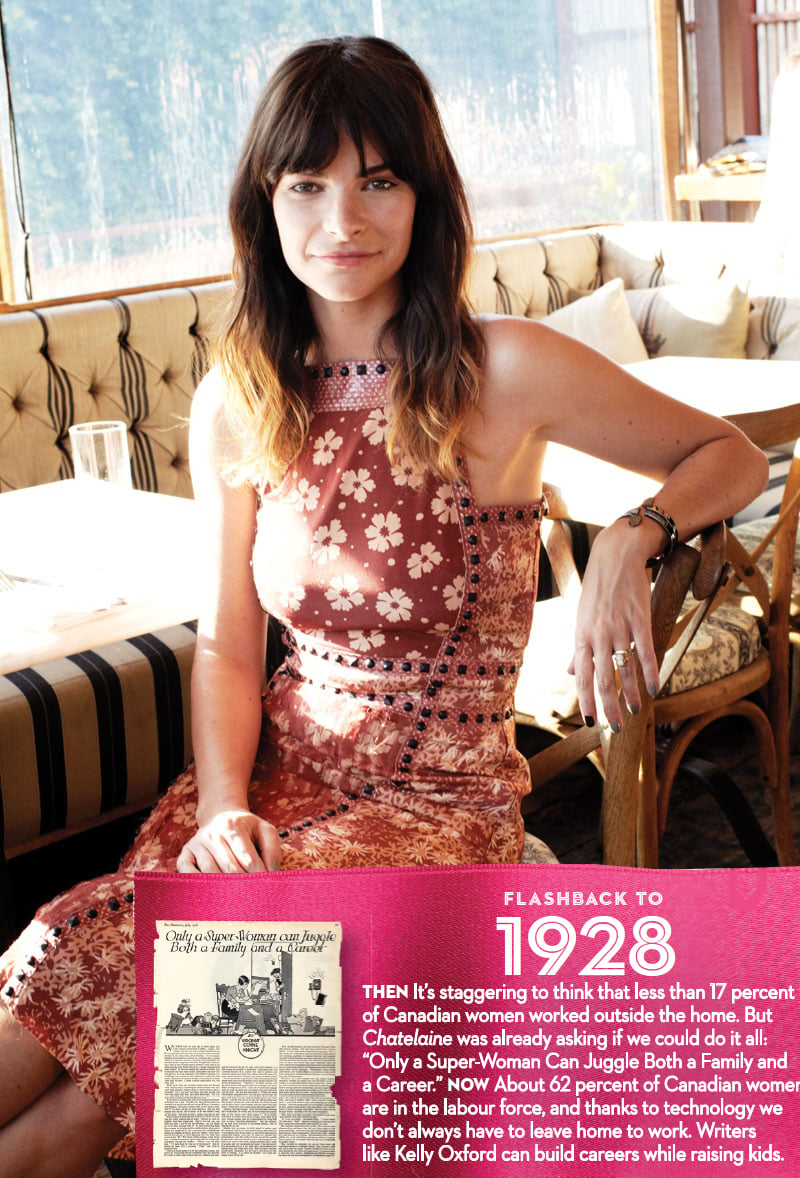 Four years ago, Kelly Oxford was just another funny person blogging on the internet. But that was before she joined Twitter. Her blog drew an audience of a few thousand, but her pithy 140-character missives are now read and re-tweeted by almost half a million people — every day.

The 35-year-old writer, mom of three and Calgarian is the grown-up version of the coolest girl in class. Her Twitter feed consists largely of the not so socially acceptable things people think — but rarely say — about pop culture, religion, kids, politics. (“The world won’t change until there’s a tampon commercial where the girls are all curled up on couches and angrily drinking wine.”) Her fodder is the minutiae of life, skewed slightly inappropriately.

The social network has scored Kelly major exposure — Seth Rogen, Jessica Alba and Diablo Cody are among her followers — and put her on the path to a serious writing career. (Think the writer’s holy trinity: TV, movies and books.)

The conventional path to writing wasn’t for Kelly. “I really didn’t care about going to university and getting an English degree,” she says. “I already felt like I was equipped with the tools I needed.”

Social media, it seems, was tailor-made for her unique brand of snark. (“WebMD is like a Choose Your Own Adventure book where the ending is always cancer.”) She started putting her own slice-of-life updates online, cultivating her borderline-caustic voice. “The internet came at a really good time for me — I could self-publish,” she says. “I really didn’t mind working in coffee shops or hostessing at restaurants. Doing those sorts of jobs and being able to write, I didn’t feel like I needed to do more than that.”

Initially she was discovered by Roger Ebert, who called her “bitingly funny” and began re-tweeting her. Then the media came knocking, both to get her writing (GQ) and to write about her (Elle, the Globe and Mail and Interview magazine, to name a few). Incredibly, by just tweeting daily about mundane activities (“If you don’t feel judged when you put your groceries on the cashier’s conveyor belt, we probably couldn’t be friends”), she stumbled on the kind of success starving artists’ dreams are made of. She became BFFs with Jimmy Kimmel and his head writer and fiancée, Molly McNearney — although she turned down a job writing for Jimmy Kimmel Live. 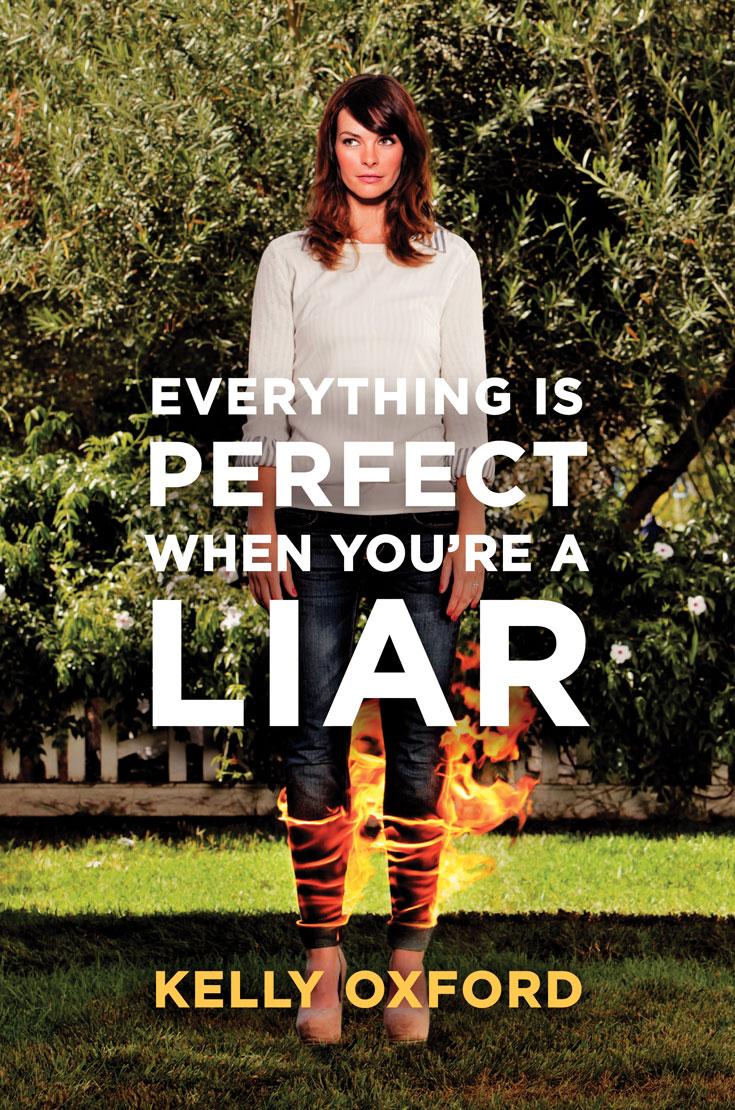 Since 2009, Kelly has sold two TV pilots; sold a movie to Warner Bros., which Drew Barrymore has reportedly signed on to direct; and put out her first book, a collection of brutally honest, sometimes embarrassing but always funny essays entitled Everything Is Perfect When You’re a Liar. She moved from Calgary to California just last year. “It wasn’t my goal to move to L.A.; it just unfolded that way,” she says. “I was totally happy with 7,000 people reading my blog posts. That was success to me.”

Kelly’s husband, James, an environmental engineer, swapped roles with her for the move to California and is now a stay-at-home dad. They met when she was 20, and two years later they had their first child, Salinger, now 12; she was followed by Henry, 9, and Beatrix, 4.

Kelly gets lumped in with the mommy-blog brigade, because she uses her kids and family life as material. Her Twitter feed is littered with some of the hilarious things her children have said. (“4 yr old thinks I’m an idiot for not knowing how to do her rollerblades up, but I think she’s an idiot for wanting to rollerblade.”)

But there’s no serious exploration of parenthood, not the (literally) dirty parts or the profound joys. Instead, she deliberately focuses on the funny. “I’ve been writing the way I do from the beginning for a specific reason. I’ve never gotten into mommy blogging, because I felt that was much too personal for me. I did not want to discuss how my daughter toilet trained. I didn’t want to talk about tantrums. All I’ve ever chosen to do with my family is show the comic relief, because parenting is the hardest thing ever, and if I can open up people’s eyes to how funny their kids are — that’s good for everybody.”

Some people laugh, others are critical. One of Kelly’s most popular tweets was about her son Henry being obnoxiously loud; he cried too loudly, talked too loudly until she thought something had to be wrong. “I had him tested, but his hearing was perfect. So I tweeted, ‘Had my son’s hearing tested because he’s always yelling. Turns out he’s just an asshole.’ Many people thought that was funny, but a lot were like ‘I can’t believe you just called your kid an asshole’ You get the joke, or you don’t get the joke.”