How food poisoning changed my life

A plate of meat lasagna gave me the worst night of my life, but there may be an upside... 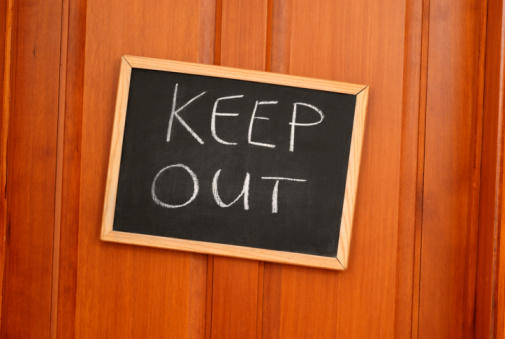 It was one of the worst nights of my life. Or so it seemed for a few hours.

I knew something was wrong about ten minutes after finishing a plate of meat lasagna, which a family member had generously made for me. I just felt off. Then, an hour later, I felt completely nauseous. And then three hours after that, I found myself over the toilet. I threw up for four hours.

Though I have never had food poisoning before, I just knew that that is what I had. I was miserable on two — no, make that three — fronts. One, I couldn’t leave the washroom. Two, I hate throwing up. And three, I was feeling very sorry for myself. When you live only with a seven-year-old, who is sleeping soundly because it’s 4am, there’s no one there to hold your hair back while you puke your guts out. There is nothing lonelier than throwing up alone.

I had to be somewhere the next day. There was no getting out of it. And there’s nothing like having to drive for two hours when you haven’t gotten any sleep. The good news is, though I was still feeling nauseous, I think I got everything out of my system (you know what I mean),

I always wondered how people knew they had food poisoning and not the flu. But now that I’ve suffered from it, I understand. You really just know when you get it.

Another nice tweeter sent me a link to Toronto Public Health, with information about food poisoning for restaurant owners and staff for getting their Food Handler Certification. It’s really quite boring, unless you really want to know how bacteria are formed. Which, still traumatized over my night of food poisoning, I really don’t. But I learned a few things.

1. Food poisoning is also called foodborne illness. It’s a “disease acquired from eating or drinking contaminated food or water.” This term can include any “type of illness that you can get from eating food that is contaminated. It can include illness from bacteria, viruses, parasites, chemicals, allergies or naturally occurring poisons such as some mushrooms.”

2. Symptoms include “stomach cramps (had those!) fever (just a little) headache (yup!) nausea (yup) vomiting (most definitely!) and diarrhea (ahem, yes). These are the most common.

3. The onset of symptoms usually occurs between one hour (yes!) and five days after eating contaminated food. “In severe cases,” the site says, “Vomiting can occur almost immediately.” I definitely felt something wasn’t right almost immediately! It depends on the type of organism that caused the illness, the immune system of the person, and the amount of organism the person ate.

4. Apparently, customers have sued (and won) if they’ve gotten food poisoning at restaurants. Unfortunately for me, I can’t sue my family. I ate it at my house. Could I sue myself?

5. Some say that eating bread is good, because bread has a tendency to soak up the poison and can give quick relief. Also, apparently drinking herbal tea of mint, raspberry, chamomile and blackberry could help.

6. Most will say that the most effective treatment is to lie down, get plenty of fluids and relax.

Have you suffered from food poisoning? If so, what did you do? Any tips?