How do you discipline children who aren't your own?

I recently had the pleasure of going on vacation with my daughter, my boyfriend, and his two children. It was an amazing and memorable trip, but I’ve never spent an entire week, 24/7, with his children before. 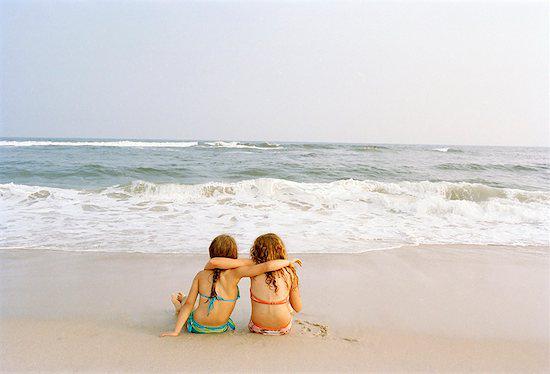 I recently had the pleasure of going on vacation with my daughter, my boyfriend, and his two children. It was an amazing and memorable trip, but I’ve never spent an entire week, 24/7, with his children before. I really did feel like I had three children who were under my responsibility.

His kids are really, really good kids — the best pseudo step-kids a person could ask for. They are sweet, generous and kind, and they watch out for my daughter and each other. They are not spoiled. Like all children, though — including my own daughter — they have their moments!

Here’s the problem, though: his children are not my children, and my daughter is not his daughter. When those imperfect moments inevitably happen, how do you discipline a child that isn’t yours? I asked my friend, who married a man with two children and has been to therapy with her step-children and husband. I wanted her advice on disciplining children that aren’t your own, even when you spend a lot of time together or vacation as a family.

Tips for disciplining kids who aren’t yours
1. My friend said that when bad behaviour happens in your home, you have the right to say something. For example, if my boyfriend’s daughters don’t pick up their plates and put them in the dishwasher after they eat at my house, I’m allowed to say to them, “In this home, we put our plates away.” Likewise, if we’re at my boyfriend’s house and my daughter doesn’t take off her shoes, then he’s allowed to tell her, “We take off our shoes in this house.”

2. The first rule also goes for swearing and saying rude things about people. If it is in your home, you are allowed to say, “We don’t talk about people that way here.”

3. If outside both homes and your partner’s child does something that is rude or thoughtless, hopefully your partner will say something. However, if he or she doesn’t notice, you can quietly tell your partner what just happened and suggest that he or she may want to say something. For example, my friend came home from work and greeted her stepchildren. They didn’t respond. Her husband immediately spoke up and said, “Someone just said ‘hi’ to you.”

4. When it comes to big behavioral issues — like getting kicked out of school, stealing, or cheating — then it’s the actual parent’s job to figure out what to do together. You can voice your opinion, but it’s best to stay out of the way.

5. My friend also said that figuring this out takes time. In five years, me and my boyfriend may be more comfortable with disciplining each other’s children.

6. The best advice, she said, is to treat step-children like an amazing camp counselor. “You’re entrusted with someone else’s children, and it’s your responsibility when they are in your care to make sure they are safe.”

7. She also said you can say something if they do something rude, like, “That’s not a nice thing to say,” but you can’t ground them or make it a very big deal.

Overall, I will still tread lightly when it comes to disciplining my boyfriend’s children (unless they are in danger), as I’m sure he will with my daughter. However, it is kind of nice to get another person’s point of view on your child when they misbehave. Thoughts?

Side: What if your views on what good behaviour differs from your partner’s? Or a friend’s? Please share your thoughts here.