How Carol Finlay is freeing the minds of prisoners

Fab in her 60s: The founder of the charity Book Clubs for Inmates leads literary discussions with convicted criminals 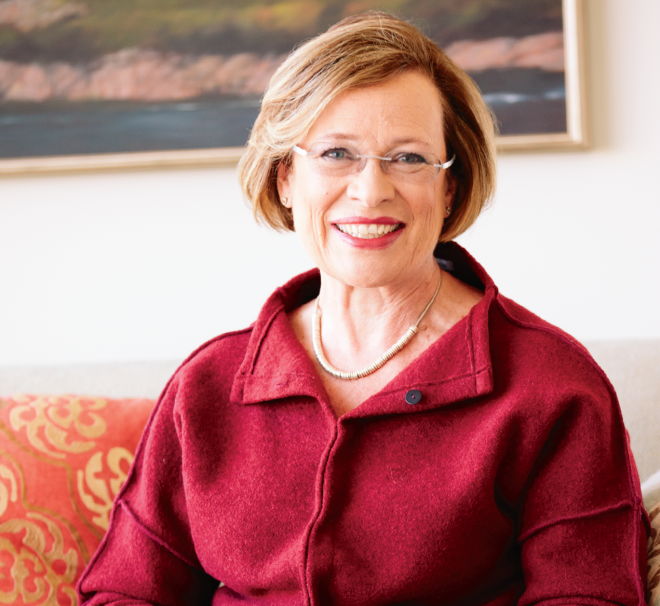 When Carol Finlay first visited Collins Bay Institution, a prison in Kingston, Ont., she tried to be inconspicuous. Armed only with a copy of Angela’s Ashes, she was out of place and it was obvious to everyone. Carol looked like what she was: a 66-year-old former high school English teacher nervously making her way down the halls of a federal penitentiary. Flanked by guards in bulletproof vests, she passed crowds of men, muscular, bald and heavily tattooed beneath prison-issue blue jeans and white T-shirts.

“They just walked around with their heads down and no sense of purpose,” says Carol. “There’s a lot of misery and an air of sadness. You can totally disappear from the world.” And that’s where Carol comes in. “I grew up in a family where social service was important.” (Her mother was an Anglican priest and Carol was ordained in 1992.) In 2009, she was teaching in Toronto and spending the rest of her time at her country home near Kingston. “There I was, a middle-class woman teaching, preaching and digging in my vegetable garden. I wanted to be more involved with people on the edge of society. I thought, ‘What do I love that I can use?’ ”

What she loved was books. And that August, Carol found herself sitting in a circle of empty chairs, waiting for 15 convicted criminals to join her for a literary discussion of Angela’s Ashes. “I’d taught in some rough schools before, but my knees were shaking,” she says. The men shuffled in, sat down and said nothing. But by the third meeting all she had to do was ask who wanted to begin.“To see them turned on to books was wonderful.”

Book Clubs for Inmates is now a registered charity, and Carol is launching a 10th chapter. But holding a book club in prison isn’t easy. When guards bring members in, it can take an hour just to get everyone in the same room. Then, there’s a rush to get back to their cells. (Lateness can land inmates in trouble and possibly segregation.) “The first time I saw a man in segregation, I was horrified.” On hands and knees, she spoke to him through the food slot at the bottom of the door. “These things stay with me — I hope I don’t become immune.”

Occasionally, Carol has to defend her vocation. Many of us don’t feel kindly toward inmates, but she has come to see most as essentially good people who have done terrible things. “It takes courage to survive in prison.” One man was too frightened to sleep in his first year; another lost his hair from stress. “My goal is to give them hope and aspirations beyond where they came from and whatever put them there in the first place.”

Carol has introduced inmates to The Cellist of Sarajevo and The Book of Negroes. Discussions arise about self-sacrifice and overcoming adversity. “We try not to be moralistic, but these things come up. Most inmates don’t get anything to help them on the outside. We can’t give them degrees, but we give them other tools.” Kevin Pinto is a former inmate relying on his book club experience to sustain him as he starts over. He’d joined just to get out of his cell. “I stopped reading as a kid and didn’t think I’d enjoy it,” he says. “But Carol gives everyone a chance and encourages you to voice your opinion. That kind of validation is a big thing in prison.” Now Carol often drops books off at his door — she does everything she can to see members succeed on the outside. “It’s taken over my life in the nicest way,” she says. “I’d rather do this than sit in my parish ministry. The men shake your hand and say, ‘I can’t believe you do this for us.’ I’ve never been thanked like that before — this is the most rewarding work I’ve ever done.”