Hortons has beefed up their beverage sizes—why?

Patrons of ubiquitous coffee and donut retailer Tim Hortons will be getting a little extra in their cup this morning. 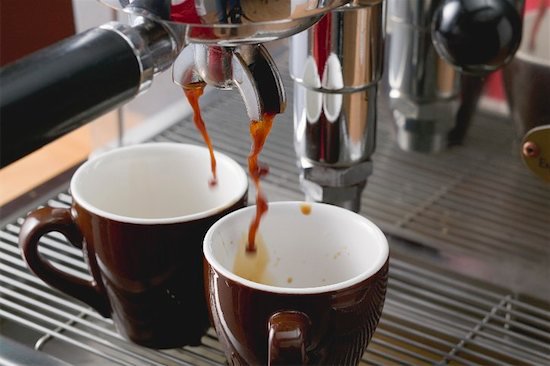 Patrons of ubiquitous coffee and donut retailer Tim Hortons will be getting a little extra in their cup this morning. After an apparently successful trial-run earlier this past August at locations in Kingston and Sudbury, Tim Hortons has adjusted its cup sizes across the board. The chain is phasing out the old small size (8 oz) and introducing a new XL cup, which weighs in at 24 ounces (formerly the XL was a generous 20 oz).

The adaptation means that the new small will now be 10 oz, which was formerly medium, and the new medium is now the old large (14 oz). A large cup will now be 20 oz.

Back in August, Tim Hortons spokesperson Nick Javor told the National Post that the impetus for the change came from customers. The small size cups (8 oz) aren’t popular with consumers, apparently.

Said Javor:  “We’ve been studying this consumer trend for a long time…and what we’ve found is that demand has dropped off for that particular size.”

However, last week the chain’s Director of Brand Marketing Dave McKay told the National Post that the 8 oz cup will still be available for those customers who prefer it.

The change in sizing has a few people pondering the effects on consumer behaviour and overall consumption.  In an interview with the National Post, Koert van Ittersum, a professor of marketing at Georgia Tech, expressed a concern that consumers no longer have an accurate sense of what constitutes a normal portion size. Instead, we’re more focused on a faulty perception of value—the old bigger is better sales pitch.

Said Ittersum: “Also, people don’t want to feel like they’re getting less — which is how they’d feel ordering a smaller cup (name). We’re wired that way.”

Wired, indeed. A large cup of Tim Hortons’ coffee reportedly contains about 200 mg of caffeine. Health Canada advises adults keep caffeine intake to no more than 400 mg a day, or about three 8-oz cups of brewed coffee. So that means that one extra-large Tim’s coffee is right on the border of just enough or too much.