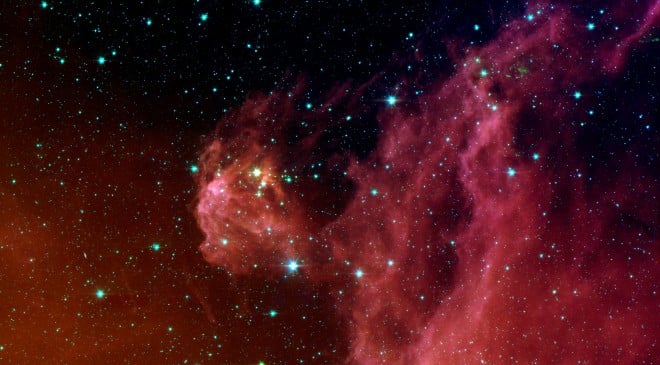 The first half of this month is all about you being your own awesome self. Push off dinner plans with friends and take time to make some special meals that you and only you enjoy, maybe roasted cauliflower pasta or a killer grilled cheese. But once the 20th hits, it’s time to party. Book a dinner and wow everyone with a spectacular spread starting with baked brie and moving on to coq au vin. Love blossoms just after Feb 14 so hold off on Valentine’s plans and surprise your sweetie with a romantic risotto meal on the 21st. Leeks are your key ingredient this month.

If workdays have been dragging on endlessly there’s an obvious reason: You’re not enjoying your lunch enough. No need to hit the bar for three martinis; think energizing midday superfoods instead. Not only will you feel great, but your colleagues will be begging for your recipes. There’s someone in your life you’ve been secretly wanting to have some alone time with; book a casual dinner date at your place on the 21st and serve this show-stopping chicken curry; the conversation will come easily! Beets are your key ingredient this month.

You’re looking for some big new ideas this month, and you’re going to crave spicy food more than ever. Homemade kimchee satisfies both needs. Then you’ll be invited to bring a dish to a potluck, so why not wow them all with kimchee quesadillas? (They’re great as an appetizer or a main course.) Someone close to you is celebrating a milestone, but keeping it secret (make a banana cream pie — it will knock their socks off). Avocado is your key ingredient this month.

If you’ve been feeling budget-challenged, it’s time to rethink your grocery bag. Bye, bye organic granola, hello DIY. No more chai lattes at the cafe (good news: they’re way better when you make them at home). And now is the time to stock the freezer with smart suppers such as satisfying, inexpensive lentil soup so you’ll be less likely to order in or grab something at the local pub. You’ll find some cash mid-month (it might be loose change or a bigger windfall). Instead of splurging on a $9 green juice, hit the bulk store and stock up on healthy staples. Peanuts and peanut butter are your key ingredients this month.

That’s enough! It’s time to stop satisfying everyone else’s needs at the expense of your own. If you want tiramisu and a bottle of gin for dinner, you go girl. Indulge on Feb. 3, 4 or 5, then start fresh on Feb. 6 with crowd-pleasing French onion soup. Speaking of French, you’ll have international travel on the brain later this month, so plan on making Thai noodles or British pub fare. Mangoes are your key ingredient this month.

Things might feel rocky to start with this month. It would be good idea to stay away from anything too daring for dinner; instead, stick with the comforting classics such as chicken soup. By the 18th though you’ll be hale and sound again and ready to take on work with a new energy. Fuel up for your busy days with a hearty breakfast such as homemade muesli or an egg-and-cheese sammie. Oats are your key ingredient this month.

You’re on fire right now! Channel some of that creative energy into the kitchen and whip up some fun ramen recipes. And while you’re at it, book a date with your special someone for anytime after 19th. It’s going to be hot and heavy, so keep dinner light but intense and make sure to have a few chocolate figs chilling in the fridge. Tomatoes are your key ingredient this month.

You’ve been quietly worrying about something for a while now, so it’s time to talk it out with someone you love. Cook up a pot of mac and cheese, sit down together and just let it all come out. By the time the 19th comes around it will all be a distant memory and you’ll be ready to celebrate with a big splashy pink cake. Someone will ask you to contribute to a fundraiser or party; you can’t go wrong with chocolate chip, but almond butter cookies will really blow peoples’ minds. Bread is your five-star ingredient this month.

You’re champing at the bit but everyone else is dallying. Channel your frustration into your food and stock the fridge and freezer with chicken broth and slice-and-bake cookies for the rest of the month. By mid-month you’ll have time to kill so may as well make some banana bread for colleagues. (They’ll worship you for it!) Want to entertain? Host a brunch – it’s easier and more relaxed than a dinner party, especially with gorgeous ham or cheesy strata as the centrepiece. Your key ingredient this month is maple syrup.

You’ve got money and finance on the brain right now so there’s no better time to re-commit to bringing your lunch every.single.day. Don’t worry, a hearty kale or chicken salad will have you dancing in your desk chair with excitement for noon hour. That said, it won’t all be about penny-pinching. Look for a chance to invite a few people to dinner after the 20th, but mix it up and serve an easy salmon dish instead of the usual. Late in the month, someone in your household (hey, it might be you!) could use a sweet treat after a rough day. Better whip up some hello dollies. Chocolate is your key ingredient this month (yay!)

You know that person at school or work who keeps giving you the cold shoulder? Here’s an idea: For the next group meeting, bring in a batch 10-minute fudge. Don’t make a big deal of it, just pass it around and soon you’ll notice a thaw. Mid-month you’ll throw up your hands and hit the bar right after work. So put some hearty chicken soup in the slow cooker before leaving home and you’ll have a gorgeous meal ready for you afterwards. As the month draws to its close you’ll be looking for some pep in your step. A plate of lemony chicken with tons of veg should sort you right out. Greens are your key ingredient this month.

You’ve got your groove on right now. It’s a great time to try out some new recipes to add into the weekly rotation. How about pan-roasted salmon, a delish brown rice bowl or artichoke pasta? Meanwhile, weekends are all about treating people you love to their favourite things. You’ll make your best-ever chocolate cake, cinnamon buns or apple pie. Whatever you try to your hand at this month is going to taste great and look amazing, so get those foodie pics on Instagram! Olive oil is your key ingredient this month.