Hooked on hooking up

Once an alcoholic and a sex addict, the author Susan Cheever struggled with her destructive behaviour. She reveals the story behind her compulsion for seduction in her new book, Desire 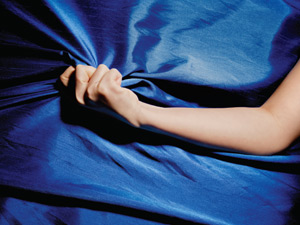 As with many addicts, the writer Susan Cheever’s obsessions came one after another, or ran in several directions at once. When she was drinking, there were periods when she had sex with three men in a single day. But there was no joy in it, only compulsion. When Cheever finally abandoned her seemingly unquenchable thirst for booze and her soul-destroying lust for sex, she turned her experiences into a career, writing confessional non-fiction that includes 1999’s Note Found in a Bottle: My Life as a Drinker and Desire: Where Sex Meets Addiction, published in October by Simon & Schuster. To her, addicts are the ultimate neurotics, “people who promise not to do something again and again and inevitably find that they have done it anyway.” These revealing books weren’t the first to ruthlessly mine her own life. Her most famous example of exposing personal pain for literary gain came in 1984 when she released a biography of her father, the highly regarded writer John Cheever, that outed him as a wretchedly unhappy bisexual alcoholic. More recently, she’s shared her experiences as a parent in As Good as I Could Be: A Memoir of Raising Wonderful Children in Difficult Times (2001); she carpet bombed her two kids with the unqualified love she missed in her own childhood.

In Desire, Cheever adds scientific information to her own hard-won insights. It makes reading the book less an exercise in voyeurism – like watching the tales of human misery that unfold on Dr. Phil or Intervention – and more a journey of truth seeking, even salvation. Now 65, Cheever, forever in recovery, argues that “addiction is not a lack of willpower, but a powerlessness over the substance in question.”

Q: You say society doesn’t offer sex addicts the compassion it extends to other addicts. Why is that?
A: I just think it’s ignorance. We’re just beginning to understand how addiction works, and that knowledge is just beginning to be disseminated. When my father’s alcoholism drove him into rehab in 1975, everybody thought that he suffered from a failure of willpower. Now most people understand that’s not the case. I think that there’s much more compassion for addiction than there was, but there will be much more in the future. Sex addiction is just the next frontier.

Q: You describe a person with multiple addictions as someone who “controls the effects of one by using another.” Is that common?
A: Yes. Addiction specialists have noted the same thing. This is particularly true for some women because there’s tremendous pressure on women to look all right, to “pass” as normal. Many women who have multiple addictions spread them very thinly, so that nothing much shows. I certainly did that. If a woman in her twenties is drinking so much that she has blackouts, she might start to use food or money to alter her feelings. Or she might start to act out sexually. In one study I cite in the book, 80 percent of women who’ve had bariatric surgery for obesity and can no longer act out with food start acting out with another substance. One person called this the “mathematics of addiction.” We can either spread it over different things so that we can have a little bit of everything, or we can concentrate on just one. I don’t think this is anything we do consciously, but it’s clearly something that happens, which is why I think we make a mistake when we characterize an addiction by substance.

Q: Do you think science will find a cure for specific addictions, or the whole addictive personality?
A: I think that science is working hard to find some kind of cure. But if addiction is, as the founder of Alcoholics Anonymous said, a three-fold disease &nash; physical, emotional and spiritual – can they ever find a pill for the spiritual part? At the moment, all doctors can do is measure what’s already happening, and that is incredibly useful. Those are the measurements that tell us that, as far as the brain is concerned, falling in love is exactly the same as taking cocaine. Ten years ago, if I had written a book that said that falling in love is an addictive experience, I don’t think that anybody would have heard me. But now scientists say the same thing.

Q: You grew up in a family with serious drinking problems and you became an alcoholic. Do you think that children inherit the addiction of their parents?
A: One of the mysterious things about addiction is how it plays out. For instance, my parents were chain-smokers; I never smoked. My parents had a very unhappy marriage for 45 years; I got divorced three times. At the same time, my father was an alcoholic and I was, too. It’s complicated. When it came to sex, my parents were very bohemian, and I was deeply shocked by that and came quite late to sexual experiences. I certainly shouldn’t have gotten married when I was too young. Once I was single again, I was so grateful for the freedom of the 1970s because I was old enough to enjoy it.

Q: It was a kind of golden age of sex, wasn’t it: post-Pill and pre-AIDS?
A: Yes. We really believed that men and women could be equal when it came to sex, and I think that they can be. I think that they were for one brief golden moment, but that passed pretty quickly. Now, when I talk to young editors about the ethics of sex they say, “Well, if you sleep with someone then you’ve given them everything.” They talk in a way that’s right out of the 19th century. And I hear men talk about marriage as if it’s something that women impose on them. In the 1970s we didn’t think that way.

Q: You gave up drinking as well as unsupervised contact with married men. How’s that working?
A: So far, so good. I may not need to do it anymore, but I don’t really want to take that chance.

Q: Whenever there was a crisis in your life, you say you found a man to help you take the edge off the feelings of helplessness and pain. What do you do now when there are crises?
A: If and when there was a crisis, if I couldn’t find a man I would act out &ndash a response to fear. Today, when I have fears I try very hard to turn to God as I understand God, but often it’s not easy. Yesterday, for instance, I had a very tough day, so I did five crossword puzzles and ate an entire melon.

Q: That doesn’t sound very destructive.
A: It was totally addictive. But I’m very aware that I’m an addict, so when my recovery is not complete enough to work, I try to pick my substances. I had many things to do yesterday and they just didn’t get done.

Q: According to you, “secrets are delicious. They make you feel special and powerful.”
A: One of the most fascinating things I came up with is this business of the broken promise. What happens is that you start breaking promises and the next step is keeping secrets. When you say to somebody, “I’m not going to sleep with your brother,” and then you do, automatically you’re breaking a promise and keeping a secret. The tremendously destructive power of secrets is what makes the addict a community of one. It’s what creates the isolation and the keen, dreadful sense of aloneness that goes along with addiction.

Q: To keep secrets the addict has to lie, and you admit you were pretty good at it. Does lying still come easily to you?
A: It does. Once you’ve experienced how delicious lying is, it’s a hard thing to give up. But I do try. I believe that my peace of mind is dependent on my telling the truth, more or less, and on leading a truthful life. As a writer I hope that I’m dedicated to truth and that by telling the truth, I can help someone else. My father used to say that he wrote to make sense of his life; I feel that I write to make sense of your life. If I’m not truthful, the whole thing’s a joke.