A new way to put creeps in their place

Sexual harassment on the street is an offence with no real consequence — but this app may help to give offenders something to think about. 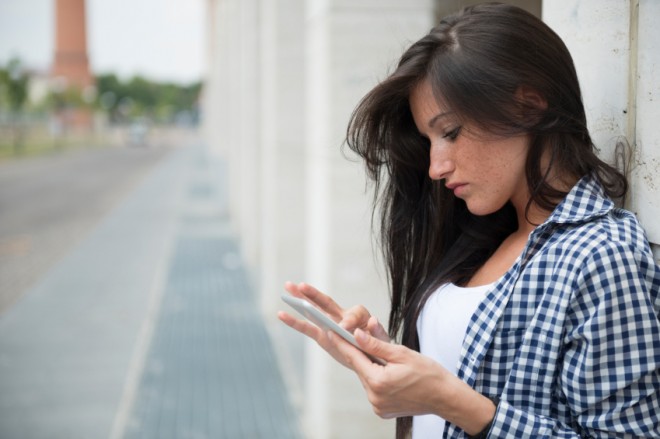 A beautiful spring day and you’re enjoying the fresh air, the sun, the birds chirping and a renewed sense of life’s inherent joyfulness — well, you were until that creep on the park bench hollered out a filthy expletive-laden request (hint: you have two of them and he’d be oh so grateful if you revealed them to him).

It’s a dilemma faced by every woman — how do you respond to a creep without risking greater harm? Some choose to get vocal, letting the offender know that his comments aren’t appreciated in no uncertain terms. Others take the ‘hear-no-evil-see-no-evil’ approach and just keep walking.

Add photo tagging and mapping to the list of your options now, thanks to your smartphone. The Hollaback! App (via The Daily Beast) lets users report individual cases of sexual harassment, take a photo of the harasser, and map the location of the incident. Available worldwide for iPhone and Android phones, the app comes in nine languages.

The app is the creation of Hollaback!, an organization that aims to end street harassment by raising cultural awareness, offering corrective techniques, and creating innovative responses to the problem via the app.

As DailyBeast writer Tessa Miller points out, an overwhelming number of women experience some form of street harassment daily.

“A 2007 online poll conducted by the Manhattan Borough President’s Office found that 63 percent of women had been sexually harassed, and one-tenth had been harassed on the subway or in the train station,” she reports.

Those incidents have a real impact on how women feel about their safety and security outside of the home.

At the moment, street harassment is an offense with no real consequence. The Hollaback! app may not be able to magically solve that problem but it may give offenders something to think about — other than what your wearing.

In the meantime, enjoy this video in which a female reporter for The Guardian gives men a taste of the harassment women receive regularly.