'I Wasn't Fine At All': 8 Fascinating Takeaways From Hillary Clinton's Memoir

In her new election tell-all, What Happened, Clinton opens up about her failed presidential bid and offers a manual for moving past life's great disappointments (spoiler: it involves lots of wine). 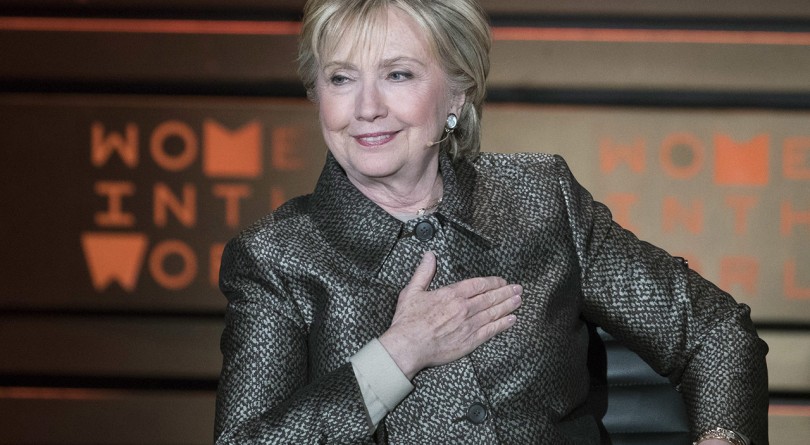 Hillary Clinton reacts after being asked if she planned on running for office again during the Women in the World Summit at Lincoln Center in New York, Thursday, April 6, 2017. (AP Photo / Mary Altaffer)

On Tuesday, Hillary Clinton released What Happened, a personal account of her presidential campaign, her excruciating loss to Donald Trump and what helped get her through it. Part memoir, part political analysis (and already a bestseller), the book takes readers behind the scenes for key events like inauguration day (when she and Michelle Obama exchanged a “can you believe this?” look) and election night (when she took a nap). It also includes in-depth analysis of the many factors that HRC sees as contributing to her loss (and the one thing she says clinched it), plus the most candid discussion of her controversial marriage to date. Here are 8 things that jumped out from the pages of the book:

She is still mad as heck (which is very mad for a Methodist)
“There are times when all I want to do is scream into a pillow,” writes Clinton of her post-election life — one she admits she never prepared for and didn’t see coming. In the opening chapter, she describes how, since November, she has been approached by more than two-dozen women (mostly in their twenties) who want to apologize to her for not voting. (In one instance, an older woman dragged her adult daughter over to HRC and ordered her to say sorry.) To them, she wishes she could say: “You abdicated your responsibility as a citizen at the worst possible time! And now you want me to make you feel better?”

In those early weeks, she says, “I wasn’t fine at all.” And even still, she replays the coulda, shoulda, woulda’s on a daily basis (“and that’s before I’ve had my morning coffee.”) She has even been known to throw the odd remote at a TV screen, though less so these days.

After the election, she learned the meaning of self-care
Clinton describes the hours following her concession speech: where she went home, put on her yoga pants and unplugged from the world. The next morning, she slept in for the first time in recent history. And then she started over. “I doubt that many people reading this will ever lose a presidential election,” Clinton writes. “But we all face loss at some point…Here’s what helped me during the lowest points in my life. Maybe it’ll help you too.”

Turns out the Hillary Clinton Guide to Recovering From A Crushing Defeat at the Hands of a Megalomaniac™ includes taking on new projects (she remodelled a house), doing bath time with her grandkids, binge-watching The Good Wife, Madam Secretary and NCIS: Los Angeles (the best in the franchise, according to Bill), and reading the Elena Ferrante Neapolitan novels. Also, reaching out to friends, accepting invitations (even when all she wanted to do was stay in bed), alternate nostril breathing, regular yoga, prayer and “[her] share of Chardonnay.” 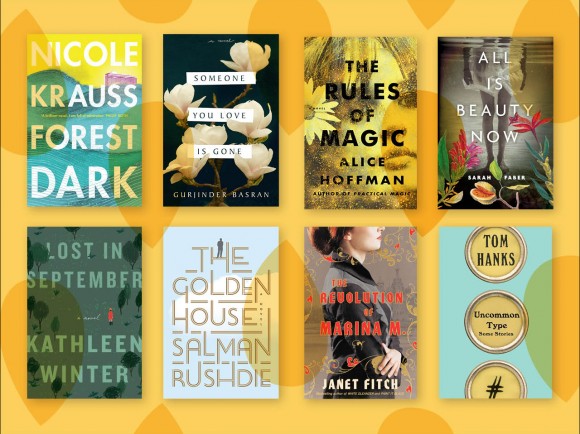 She is ready to take (some of) the blame
“I was the candidate and we lost.” Clinton makes versions of this statement throughout. She admits that, try as she might, she failed to connect with important groups of working class voters, and that certain decisions proved to be costly. For example, she admits that accepting millions in speakers fees (during her time out of office) was — in retrospect — a mistake. Not because there was anything sinister going on, but because that decision made it easier for her opponents (both Trump and Sanders) to build the narrative that she was in the pocket of corporate America. “I should have realized it would be bad ‘optics’ and stayed away from anything having to do with Wall Street,” she writes. “I didn’t. That’s on me.”

And (even more) she’s also ready to lay it
“I totally reject that notion that [my campaign] was an unusually flawed or dysfunctional campaign,” Clinton says before unpacking pretty much every theory that has been put out there as a way to explain her loss. The fact that Americans don’t historically keep one party in office for more than two terms, globalization and the decline of the manufacturing industry, a global rise in xenophobia, sexism, partisanship, her failure to project a clear, singular message, her association with Washington and Wall Street, never mind the press, fake news and Russian interference.

All of these factors came together in an imperfect storm that put the most unlikely candidate in the history of time within reach of the White House, but, writes Clinton — and it’s a big but — these factors were all in place by the end of October, when a lot of independent analysis shows the election was still hers to lose. And then FBI director James Comey announced yet another investigation into Clinton’s emails. This investigation (and the ensuing media coverage) is the reason, per Clinton, that she isn’t in the Oval Office today. Of Comey’s more recent admission that he feels “mildly nauseous” at the idea that his actions may have decided the election, she writes: “That makes me sick.”

She’s convinced that sexism played a significant role in the election
“I know for a lot of people, including a lot of women, the movement for women’s equality exists largely in the past,” writes Clinton. “They’re wrong about that. It’s still happening, still as urgent and vital as ever.” She points to the vitriolic and blatant gender-specific abuse she suffered at the hands of the alt-right base who used “Bitch” like it was her given name; the constant analysis of her face/body/demeanour/wardrobe; the insinuation that she might not be tough enough to lead. And also subtler forms of sexism, like the way that she was constantly derided for not being “real” enough, not opening up: “I’ll bet you know more about my private life than you do some of your closest friends. You’ve read my emails, for heaven’s sake…What could I do to be “more real”? Dance on a table? Swear a blue streak? Break down sobbing? That’s not me. And if I had done any of those things, what would have happened? I’d have been ripped to pieces.”

If she had a time machine she would have pushed back harder and worried less about being polite
Looking back, Clinton questions her commitment to keep calm in the face of insanity. Like that second debate — the one where Trump lurked and flailed and followed her around stage like a Big Bad Wolf in a business suit. “It was incredibly uncomfortable,” she recalls. “He was literally breathing down my neck. My skin crawled.” Today she thinks maybe she should have worried less about the cultural inclination to characterize aggressive women as unhinged or hysterical and let him have it. If she did get that do-over? She says she might have told the Trumpster to, “Back up you creep, get away from me, I know you love to intimidate women but you can’t intimidate me, so back up.” 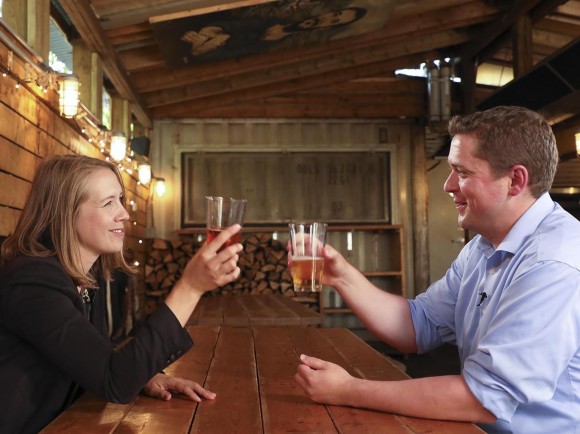 She and Bill are #relationshipgoals
If you didn’t think you could be jealous of a marriage most famous for launching an impeachment trial, think again. “My marriage to Bill Clinton was the most consequential decision of my life,” writes Clinton, describing her husband of 42 years as her sounding board, her intellectual sparring partner and her greatest cheerleader. To the people who think she and Bill have “an arrangement,” she quips, “We do, it’s called a marriage.” And to those who think they live separate lives, and that it’s just a marriage on paper, she says, “he is reading this over my shoulder in our kitchen with our dogs underfoot.”

While never referencing Monica Lewinsky (or Bill’s infidelity in general) directly, Clinton does offer an answer to the question of why she stayed: “We’ve certainly had dark days in our marriage. You know all about them — and please consider for a moment what it would be like for the whole world to know about the worst moments in your relationship. There were times when I was deeply unsure about whether our marriage could or should survive. But on those days, I ask myself the question that matters most to me: Do I still love him? And can I still be in this marriage without becoming unrecognizable to myself—twisted by anger, resentment or remoteness? The answers were always yes. So I kept going.”

The way to a candidate’s humanity is through her stomach
Curious to know what brilliant political minds discuss on long flights? “Food!” Clinton reveals her love for pizza with jalapeños, ice cream bars (“the simple kind, just vanilla ice cream with a chocolate shell”), Pepperidge Farm Goldfish crackers, an ice cold Tito’s Handmade Vodka martini (with olives), hot sauce (on everything), and even meat on a stick. She is perhaps never so everywoman as when she explains how she and her team would warm up the cold Quest bars on flights by sitting on them (“with as much dignity as one can muster in that moment.”)