“Healthy” Vitaminwater contains up to five teaspoons of sugar

News roundup: Why Vitaminwater is not good for you; StatsCan finds Canadians lead sedentary lives; Maclean’s on autism and immunization; Anne Hathaway is the new Catwoman; and Gabrielle Gifford’s husband Mark Kelly speaks with Diane Sawyer. 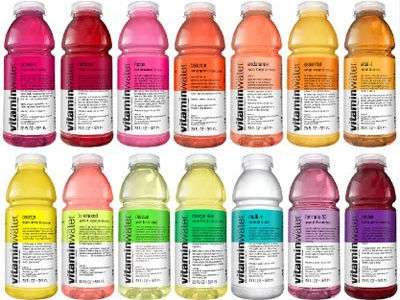 Did you know that a bottle of the beverage Vitaminwater has between four and five teaspoons of added sugar? Probably not, as the drink is frequently advertised for its supposed health benefits. Britain’s ad regulator ruled that the Coca Cola product is too unhealthy to be advertised as “nutritious and delicious,” as it was during a British ad campaign last summer. Coca Cola is also under fire from American regulators, who found fault with the company’s use of the word “healthy” in Vitaminwater ad campaigns in the U.S. So now you know: a bottle of sugar water is neither “healthy” nor “nutritious.”

A new report from Statistics Canada has found that most Canadians lead primarily sedentary lives, and that very few do enough physical activity to reap any significant health benefits. The study found that only 15 percent of adults moved enough to make health gains, and that same number for youth aged 5 to 17 was a dismal seven percent. These figures are based on the new lowered Canadian standards for physical activity, which set the minimum for healthy living to 60 minutes a day (down from 90) for youth and 150 minutes a week (down from 30-60 minutes a day) for adults.

A story in the current issue of Maclean’s examines the controversial claim that immunizations can cause autism in children.  There has yet to be a conclusive study demonstrating this link, the article states, yet the number of children being immunized has been continually dropping. Not surprisingly, there have been outbreaks of diseases like whooping cough in numbers not seen since the vaccine for the disease was introduced in 1955.

She just starred in a sexy movie with Jake Gyllenhaal, she’s the cohost of this year’s Academy Awards, and now it’s been announced that starlet Anne Hathaway will play Catwoman in the next installment of the Batman saga. She’ll don the latex suit alongside Tom Hardy, who will play the villainous Bane in The Dark Knight Rises. Will she live up to the feline precedent set by Michelle Pfeiffer? We’ll know when the flick hits theatres in July of next year.

In an exclusive interview with ABC’s Diane Sawyer, congresswoman Gabrielle Gifford’s husband said both he and his wife suspected that a shooting like the one that took place in Arizona was a possibility. Mark Kelly said he and his wife had previously discussed the possibility that someone might bring a gun to a public meet-and-greet like the one where Gifford was recently shot in the head. He also said he doesn’t want her to return to congress, but expects that this incident will only steel her resolve to make positive change in America through politics.