I Am Turning Into My Mother (And I Feel Fine)

As a teen, the last thing writer Anne T. Donahue wanted to be was like her mother. But as an adult, she’s come to appreciate their relationship in a new way. 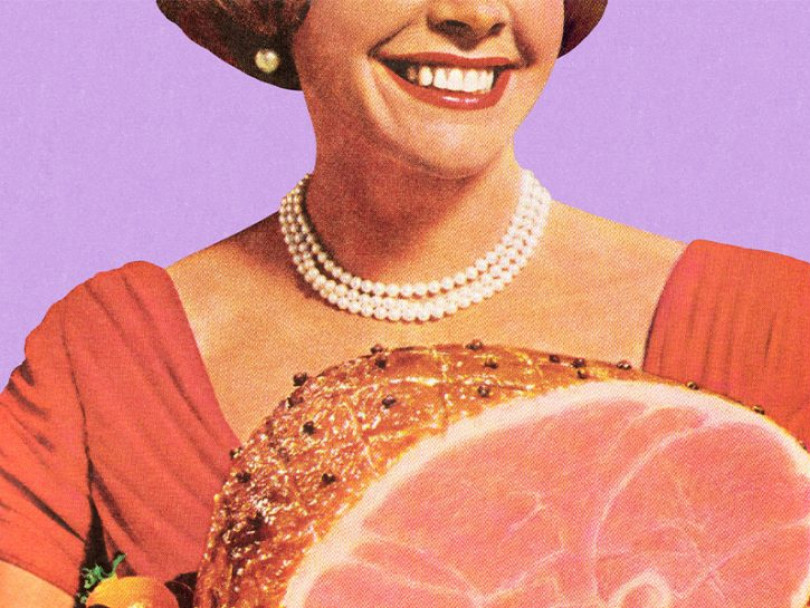 As a teen, the last thing I wanted to be was my mother. Unlike my friends’ moms, she was soft-spoken, sweet and lacked the edge that made the Cool Adults™ of my childhood seem funny and hip. When my mom volunteered on class trips, she’d go out of her way to include anyone who seemed like they didn’t fit in, and when I acted out in response to not fitting in myself, she responded by listening and giving me a hug. She had a perm, big red glasses and dressed exactly like most suburban mothers in the mid-nineties did. And she was loved so much by everybody I grew up around, I banned her from volunteering at any school or social functions I’d be at so I wouldn’t have to share her.

So, obviously, the older I got, the more I began to resent her. As I started morphing into an angsty, bitter, rebellious teenager, I saw her compassion and kindness as forms of weakness—despite the fact that I desperately needed those things. (It was very ironic.) I’d go to her for advice on boys, friends and how to handle various predicaments, but I was hyper-aware that my friends’ moms didn’t seem to offer the same things. As if trying to reserve my own softness for my small, at-home world, I’d paint our relationship as one that was adequate, fine—and made sure to make my friends think it wasn’t as necessary to me as it really was. No, we were certainly not alike, and no, I could not see the physical resemblance between us.

Also obviously, as an adult, I now do. I see that we share the same smile and face shape, but I also see that where my dad passed down so many of his traits (he’s to thank for my eyebrows and loud indoor voice), my mom has succeeded in making me a person who can be soft, vulnerable and there for the people I love when they’re in the midst of a crisis. Those qualities are now just as valuable and cool to me as the edgy moms I idolized as a kid were—and they’re the traits I look for in friends, especially as I’ve come to realize that adulthood doesn’t have to be a solo endeavour.

That isn’t a particularly controversial revelation, I know. Countless mother-daughter stories stem from the realization that despite our best efforts, we end up evolving into a version of the woman who raised us and adopting the traits (both good and bad) we once vowed never to embrace. Growing up, some of us (hello) fail to see our mothers as anything but a social boundary that we’re meant to challenge, and then realize after hundreds of triumphs and tragedies that our moms may have exactly the type of life experience we’ve tried to gleam from mentors or bosses or strangers at a wedding receptions who claim to have seen a thing or two.


Some of us have had the gift of time, enough weeks or months or years to wade through the past. We’ve gotten to sift through the reasonings behind our youthful choices and to understand that carving out one’s own identity doesn’t mean you have to burn everything else to the ground. Some of us are lucky enough that the pain in our mother-daughter relationships are the result of our own doing, and we’ve been fortunate to have mothers who’ve only tried to love us while we scream-yell, “Nobody understands me!” Some of us have simply had the most privileged, gentle series of events. We’ve had mothers who love us and who we love and who’ve been granted the opportunity to recognize that to fear morphing into kind, sweet women is a complete non-thing. I didn’t want to grow up like my mom because she was sweet and kind, not because of any other extenuating circumstances. But first I had to hop around my ego to understand that.

Because that’s the thing. To be given enough time to really see and understand and apologize to your mother is rare. Rarer still, being born to a woman who wants to nurture and help you. So what I didn’t understand in my youth was my sheer good fortune—that I got to have a mom whose worst trait was softness; a woman who made me jealous with her capacity for inclusion, and who wasn’t mean for a laugh or punchline. Softness and vulnerability have always scared me, so I’ve only now started to see them as something that takes guts. But alternately, they are also uncommon. And so is the relationship I have with my mother.

Which is something I’ve come to realize the further into adulthood I go. My mom, whether listening to me talk about guys or something I’m anxious about, makes time for me. And because part of working through my own mental health and addiction issues has forced me to look at the way I’ve treated people I love, I’ve been lucky enough to have my apologies met with my mom’s understanding; with her encouragement to keep doing the work and to keep opening up. Because without her warmth, I’m not sure I’d have made it through my twenties. That’s something I tell her, and something she still refuses to believe.

But now I know I owe her even more time than she’s given me, and I’ll spend the rest of my days trying to reciprocate her love and kindness. Which I hope will be easy, considering I still refuse to share her with anybody I hang around. (Minus the cat, but that’s another story.)