Having kids changed the way I feel about plastic surgery 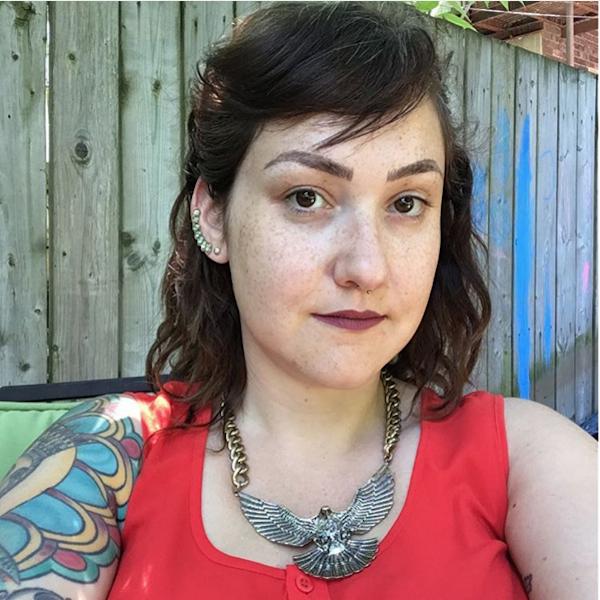 Ah, the things you know to be true before having children. I knew my kids would never watch TV, they would eat everything I lovingly prepared from organic ingredients, and I knew—beyond a shadow of a doubt—that women who got cosmetic procedures were miserable and obviously hated themselves. I pitied them for not loving who they were. Well, as they say, you never know until you know, and boy, was I mistaken. It took having kids to find out everything I thought about people who want cosmetic surgery was wrong.

I have always loved taking selfies, and I have always been really body-positive, accepting my belly, chubby thighs and flat bum—I love them all! I’ve had three kids in four years and I’m generally very happy with how I look. But lately I’ve encountered some postpartum body issues that have made it hard for me to have the confidence I should in my day-to-day life.

My biggest (ha!) complaint is that my bust has gone from a large-ish one to one so big that I cannot do a push-up or comfortably carry my kids in my arms. I’ve also been thinking long and hard about… my eyebrows. Pregnancy and postpartum hormones, combined with all the over-plucking I did in the ‘90s, have decimated my eyebrows. I have now spent 20 years drawing them on, over and over again, every single day.

Now, you’d think that as a feminist, I would be devoted to a “plastic surgery is bad and it’s anti-woman” stance, but I’ve definitely realized that it’s not about hating myself, or trying to conform to some unfair, cookie-cutter beauty standard. It’s about coming to terms with what makes me happy as a woman and as a mom.

My friend Annie had a breast reduction in 2006. She has two daughters, four years apart, and feels that her body has changed post-babies. “While on the one side, I feel really powerful and proud of the things my body has been able to accomplish, having children has given me serious metabolic and hormonal issues,” she told me. “I’m not at all happy with the way my body looks, and it’s not linked to my size. It’s immensely frustrating to be constantly at odds with your body.”

Related: My secret to raising a feminist boy: thankless chores

Since having her kids, she feels like she appreciates the frustration that many women feel over their lack of physical control postpartum. Going forward, she’s also hoping to have what she calls “preventative” measures—less invasive cosmetic procedures that may not last a lifetime, but will make her feel better in the moment.

The idea of the ‘”less invasive” procedure is one I have been obsessively researching. I’m satisfied with my looks in general, but I was constantly exhausted by applying my eyebrows every day. While it doesn’t seem like a big deal, the fact that I don’t naturally have eyebrows bothers me. I didn’t feel my best if I hadn’t meticulously drawn them on, and that was eating up a large chunk of my morning. I wanted to be able to just get up and go, feeling beautiful (even on zero sleep). And for me, having eyebrows on my face makes me feel beautiful. The thin wisps I had left meant I spent my day worrying if my painted-on brows would make it to bedtime. And jumping into the pool or splash pad with my kids? Forget it. So, after deciding against permanently tattooing my eyebrows on, I arrived at an up-and-coming beauty trend:microblading, which found its roots in Asia and is becoming the go-to eyebrow procedure in Canada due to its non-permanent, non-invasive application. The procedure is quick and easy: technicians use a coloured pigment (not unlike tattoo ink) and it typically lasts for one to three years.

“I think we as women, and as moms, need the easiest way out for some things,” says Leanne Colley, the owner of Tips Nail + Beauty Bar in Toronto, where I recently had my microblading done. “Getting ready in the morning is one of them, and we are finding more and more that women need easy.”

This is why non-invasive procedures like Botox, Restaline and microblading are seeing an uptick, Colley explains. Moms aren’t allowing themselves to fade into the shadows, and we want to feel beautiful. Short-term solutions can be more attainable for many, as costs are typically lower than major cosmetic procedures like a breast reduction or tummy tuck.

Ottawa-based cosmetic surgeon Kristy Boyd says the “Mommy Makeover”—the head-to-toe fixer-upper that includes a tummy tuck, breast lift and sometimes, a bit of liposuction—is gaining in popularity. More and more moms are coming in post-baby to repair areas that may have been affected by carrying a child, by pregnancy hormones, and breastfeeding. “Having children is the most rewarding and satisfying thing that many women do,” says Boyd. “But as a relatively recent mother myself, I can safely say they wreak havoc on our bodies.”

Related: 10 things you need to know before getting cosmetic surgery

Like me, some moms find that extra large breasts make it hard to exercise or play with our kids. Some moms have severe diastasis separation which can lead to a whole host of internal and external physical issues, and others simply find that the self-esteem they once had is now waning.

Men are getting in on the action, too, says Boyd. She has noticed that the once-reluctant young dad will follow his wife through the doctor’s office door after seeing how happy his spouse is with her procedures. Eye lifts, Botox, Restaline, and lipo are popular, as men realize that they, too, have a right to feel great about themselves.

I’ve never voluntarily gone under the knife, so the cosmetic surgery route is a big, scary step for someone like me. But I also I never expected to have my body change so profoundly that I find it difficult to get through my days. I have dents in my shoulders from bras, and chronic back pain. As I begin to research having a breast reduction, I’ve learned that generally, moms get to go home on the same day. There’s no heavy lifting for a few weeks, so getting some help with my kids will be huge. There’s also scarring and nipple sensation to consider (the outcomes differ patient to patient). My GP has already asked that I wean, or be ready to wean, my youngest before going in for surgery, as the likelihood of breastfeeding afterward is minimal.

Since I got the microblading done, I can safely say that I’ve never felt better about my looks. I use my phone camera to discretely check myself out multiple times a day. I’ve learned that it’s OK to use outside help to improve my body, and that loving yourself and accepting yourself doesn’t mean you aren’t “allowed” to improve your looks in whatever way you think will truly make you happy. For me, it’s about getting to a place that I wouldn’t be able to achieve using diet, exercise and self-care alone. Personally, I think that’s pretty feminist.

More:
The baby girl I almost had
Why I went back to school as a single mother
Canada in photos: 35 of the most Canadian images ever