Have you ever called into work ‘fat’?

I’ve done it. I spent most of my 20s doing it. And no, it’s not what you’re thinking—doing that would have been fun. Rather what I did do wasn’t so fun—obsess about my perceived physical inadequacies and hide from friends and potential ‘doing-that’ partners when I was feeling ‘fat.’ 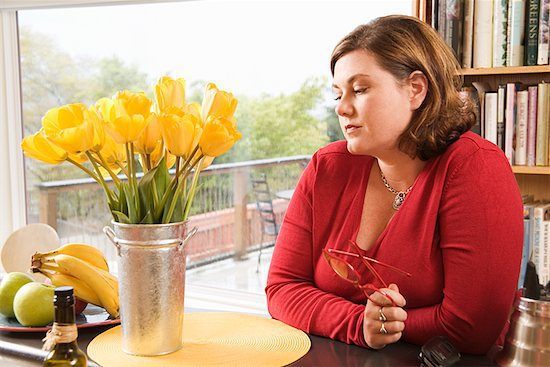 I’ve done it. I spent most of my 20s doing it. And no, it’s not what you’re thinking — doing that would have been fun. Rather what I did do wasn’t so fun — obsess about my perceived physical inadequacies and hide from friends and potential ‘doing-that’ partners when I was feeling ‘fat.’

This state of affairs appears to be fairly common. A negative body image can be paralyzing for many women, keeping them home nights when they should be out kicking up their heels, making their lives miserable. According to a consumer survey by a UK-based shopping centre (via The Daily Mail), nine out of 10 women admit that they aren’t confident about their looks. Some even admitted that they occasionally succumbed to the negative Nellies and called into work ‘sick’ when they were really feeling fat.

Chimes Shopping Centre asked 1,000 women a series of questions related to body image and advertising. The answers they received revealed how much time ladies spend worrying whether or not they’re attractive enough. On average, the survey revealed that women (or those polled) get that fugly feeling up to 11 days a month. According to my grade 10 general math skills that means a large percentage of smart, funny, educated women spend nearly one third of their lives wondering why they ate that second cupcake when they should really be sharing the recipe with pals.

This is a poor use of a stellar education and a winning personality, ladies. And I say that as someone who wasted nearly a decade on such productive musings as ‘why am I so fat?’ And ‘how come I’m so fat’? Oh, to turn back the dial and really enjoy my 20s…

This tendency toward a negative self-image strikes the youngest women most painfully. Nearly half of the women polled in the 18- to 24-year-old range said that low self-esteem kept them out of the loop, socially. They admitted that they’d rather stay home, avoid looking at themselves or punish themselves by not eating.

By contrast, women in their 50s didn’t appear to bear such a burden psychologically when it came to their looks. A fact that may encourage those of us who like to brood over the state of our thighs to try and conjure our inner 50-year-old a few decades early — that jolly, devil-may-care mix is in there just waiting to skinny dip at the cottage this year.