I’ve never liked my nose, though I can’t say it has ever done anything to deserve my contempt. But after reading about this ­new European study (via NYTimes) that connects nose jobs with mental illness, I’m thinking maybe I should just get over it. 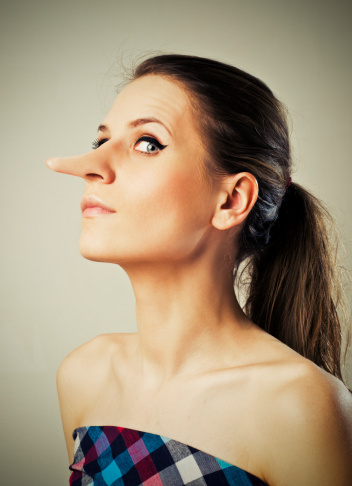 I’ve never liked my nose, though I can’t say it has ever done anything to deserve my contempt. But after reading about this ­new European study (via NYTimes) that connects nose jobs with mental illness, I’m thinking maybe I should just get over it.

Nose jobs, or rhinoplasties, are one of the most popular cosmetic surgeries around (next to liposuction) and they’re also slightly more commonly performed on women than men. But are they always necessary?

This study by Belgian plastic surgeons suggests that in many cases they’re not. For the study, plastic surgeons reportedly assessed more than 250 patients who were seeking rhinoplasty. Evaluations went on for more than a year and included consultations and patient questionnaires.

By the end of the study, the surgeons concluded that one out of three of the patients didn’t really need nose jobs at all, but were in fact suffering from a form of chronic mental illness known as body dysmorphic disorder.

Body dysmorphic disorder is a kind of blighted perception that results in chronic, obsessive focus on a perceived “flaw” in a person’s appearance. The condition goes beyond mere dislike. Sufferers spend an inordinate amount of time thinking about their flaw and exaggerating its abnormality. For some, this condition can get so out of hand that it negatively affects their ability to work and connect socially.

Out of the more than 250 patients, the surgeons concluded that 43 per cent of those who wanted a nose job for cosmetic reasons were suffering from some measure of body dysmorphic disorder. Many had surprisingly normal noses, but they didn’t think so. In contrast, only a fraction of those patients who wanted nose jobs for medical reasons showed signs of the disorder.

The study may help plastic surgeons better identify patients who are in need of emotional support rather than a costly surgical procedure (body dysmorphic disorder is often treated with cognitive behavioural therapy, a form of therapy that attempts to replace negative thoughts with positive assessments).

For those of us nose-haters the world round, the study is a bit of a wake-up call. Maybe it’s time to stop and smell the roses rather than get hung up on the shape of our nostrils.