Hate your birthday? You may have a valid reason

If you hate your birthday and all the fuss that goes with celebrating the moment you entered the world, you may have more reason than you think. Swiss scientists (via Harper's Weekly) found that, generally, people are more likely to die on their birthdays than on another day. 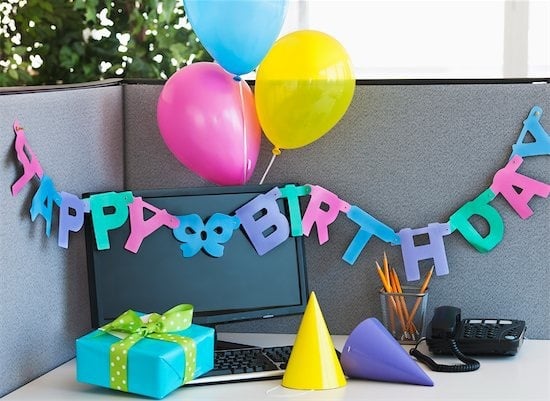 If you hate your birthday and all the fuss that goes with celebrating the moment you entered the world, you may have more reason than you think. Swiss scientists (via Harper’s Weekly) found that, generally, people are more likely to die on their birthdays than on another day.

How much more likely is this coincidence? According to the study (via Medical Daily), there’s more than a 13 percent chance that you’ll kick the bucket on your birthday than on any other day of the year.

The odd conclusion came after the researchers analyzed the death records of nearly 2.4 million people over a period of four decades. The results also indicated that this risk of birthday mortality increases with age. After the age of 60 the chances that a person will die on their birthday rises from 14 percent to 18 percent, say the researchers.

That’s not the only unwelcome surprise that can befall the birthday boy or birthday girl. The study also broke down the likelihood of certain kinds of fatal, or potentially fatal, events. For example, there is an 19 percent chance of experiencing a heart attack, a 22 per cent chance of a stroke, and one is 11 per cent more likely to die of cancer on one’s birthday. But those numbers pale in comparison to the increased risk of suicide (35 percent amount men) on a person’s special day.

The study also reveals that people should be more cautious on their birthdays if they want to have many more to come. Be sure to hold on to the handrail when walking down the stairs or navigating a slippery shower stall, as there’s a 44 percent rise in deaths from falls on birthdays as well as a 26 percent rise in accidental deaths.

Why all the doom and gloom on a person’s birthday? The researchers believe it may be the result of a fairly extreme stress reaction to one’s birthday.

Professor Richard Wiseman, from the University of Hertfordshire, told The Telegraph.

“There are two camps — one is the camp that suggests you eat too much and your getting on a bit and that causes you to die. The other is a placebo effect. You are knife-edged on death. And you kept yourself going until your birthday. You think ‘that’s it I’ve had enough I’m out of here’.”