Has Kate chosen a designer for her royal wedding dress?

It’s shaping up to be a big week for the royal wedding rumour mill. The Sunday Times recently reported that Kate Middleton has chosen her dress designer and it will be none other than — wait for it — Sarah Burton, head designer for Alexander McQueen! 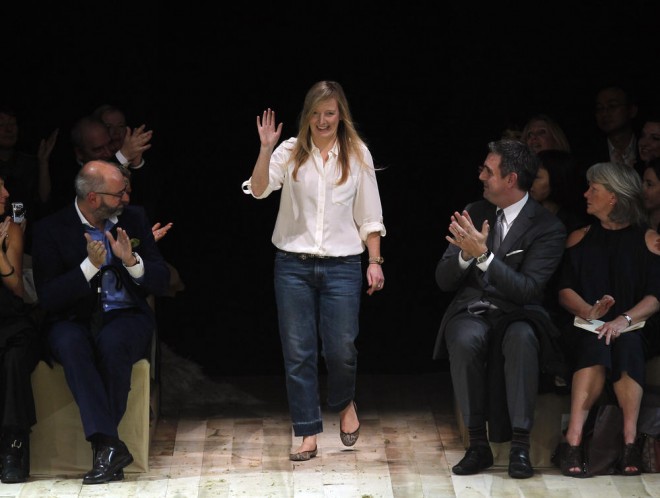 It’s shaping up to be a big week for the royal wedding rumour mill. The Sunday Times recently reported that Kate Middleton has chosen her dress designer and it will be none other than — wait for it — Sarah Burton, head designer for Alexander McQueen!

This is stunning news on a number of levels, not the least of which is that the venerable house of McQueen is a label known controversy and edginess — their most recent collection featured coats with brass buttons and military epaulets paired with high heeled combat boots — whereas Kate Middleton’s taste has, historically, tended toward the stultifyingly safe.

If the rumours are true, we are likely to see a high-drama fashion spectacle unveiled on the day of the royal wedding, and her name will be Catherine, Princess of Wales. It’s especially remarkable that the controversy-adverse Palace would allow Kate to align herself with McQueen — a label synonymous with tragedy after its genius head designer and namesake killed himself at the age of 40, just over a year ago.

Of course, at this stage everyone involved is denying it categorically. But they would, wouldn’t they? Royal aides at Clarence House released an official statement saying, “We’re not commenting on the specific designer for the dress because Catherine Middleton wishes to keep the designer a secret until the wedding day.”

And of course, even if it were true, McQueen and Burton would not be at liberty to confirm the rumour unless the royal aides did so first.

The story was reportedly met with giddy anticipation at Paris fashion week. According to Jess Cartner-Morely, a correspondent for The Guardian, “If Middleton has chosen Burton as her dress designer, it suggests a streak of daring which had not previously been evident in the would-be princess. The royal wedding dress will be a matter of intense interest to millions of people outside the fashion insiders’ enclave.”

“To many, the McQueen name is strongly associated with suicide and with the mischievous young designer who scrawled swear words inside Prince Charles’s jackets while an apprentice on Savile Row.”

Fingers crossed that the rumours are true.