A CanCon Guide To 'Finding Freedom,' The New Book About Harry And Meghan

The just-released book shares details on Harry and Meghan's Canadian courtship, the role Jessica Mulroney played in their relationship and why their time in B.C. was cut short 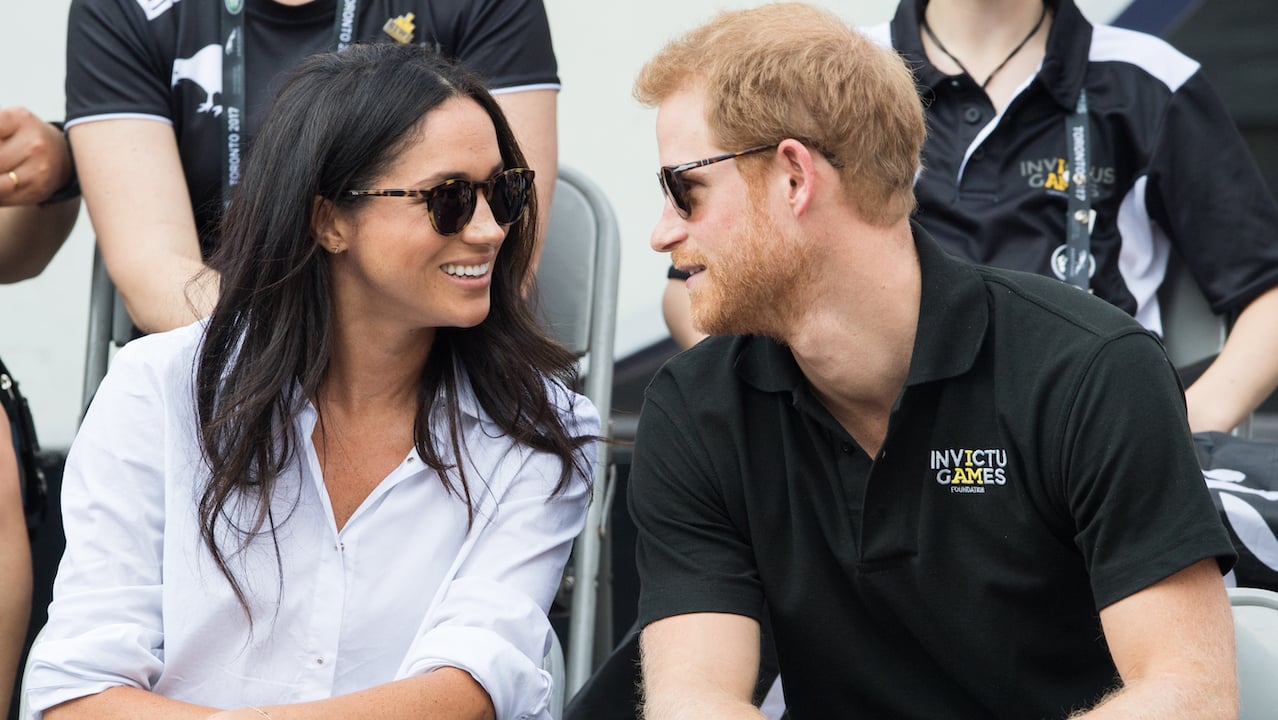 Meghan and Harry’s first public appearance, at the 2017 Invictus Games in Toronto. (Photo by Samir Hussein/WireImage)

Meghan and Harry have officially put down roots in California—very fancy roots from the looks of things—but Canada has played a major role in their courtship. For the new unauthorized (but super Sussex friendly) biography Finding Freedom, royal journalists Carolyn Durand and Omid Scobie spent two years talking to sources in Harry and Meghan’s inner circle. Scobie, in particular, is known for his sniffing out of royal scoops, which means the book spills plenty of tea. From their early courtship in Toronto to their 2019 escape to Vancouver Island, our home and native land plays a key role in the royal love story. Here, the juiciest Canadian takeaways.

While most of the world found out about the biggest romantic bombshell since Brangelina on October 31, 2016, residents of Toronto’s Seaton Village community, where Meghan lived when she first started dating Harry, had a heads-up—the prince’s regular visits were apparently an “open secret” on the neighbourhood Facebook group. Said one member: “When a black SUV was parked with guys inside wearing headsets and eating burritos, we’d say, ‘Hey, Harry’s in town!’”

The couple was set up by a Canadian

Harry and Meghan have never publicly confirmed the identity of the person responsible for getting them together, but for a long time the presumed Cupid was Violet Von Westenholz, a publicist whose dad (a baron, but of course) is great pals with Prince Charles. Not so, according to Finding Freedom: “It was mostly Meghan’s pals Misha Nonoo and Markus Anderson who were in on the first meeting.” Nonoo is a British designer (the creator of the famous “husband shirt” that Meghan wore for her and Harry’s public debut at the Toronto Invictus Games—more on that later). Anderson is from Peterborough, Ont. and was living in Toronto (launching the city’s Soho House, a members-only cool kids club) while Meghan lived there for Suits. Anderson later orchestrated Harry and Meghan’s first-ever meeting at London’s Soho House—a group thing in case the spark wasn’t there—and helped to ensure privacy on future date nights.

Their relationship didn’t overlap with Meghan’s previous one

Before she found her happily ever after, Meghan spent more than a year in a serious relationship with Cory Vitiello, a chef who now owns Toronto’s super popular Flock Rotisserie & Greens chain, who she met after interviewing him for her lifestyle blog, The Tig. The couple eventually moved in together and spent Christmas 2015 with Vitiello’s family, and everyone assumed an engagement was imminent. But in the end, he wasn’t ready to commit: “The problem, according to a source close to the couple, was Cory: he didn’t want to settle down.” Cory and Meghan broke up in May; Meghan met Harry the following July. Which means, according to this account, rumours of a timeline crossover are (as the Brits like to say) a load of bollocks.

Harry and Meghan made their public debut on Halloween

Before their relationship was public knowledge, Harry and Meghan spent several weeks sneaking around Toronto in pulled-down baseball caps and dark glasses. Four months in and they were feeling brazen enough to attend a Halloween party at Soho House Toronto, along with Harry’s cousin Princess Eugenia and her now-husband Jack Brooksbank. Harry and Meghan concealed their faces with Venetian masks and had a great night…at first.

“A cocktail or so into the party, they were both feeling relaxed, absorbing the Halloween spirit,” the book says. “It was possibly the perfect night out, until they received a call from one of Harry’s aides from Kensington Palace. It wasn’t good news.” Turns out the press were onto Harry’s secret love affair, which would be all over the tabloids by the next day. Even worse, the press were reportedly tipped off by someone on Prince Andrew’s payroll. Prince Andrew (who is currently facing sex abuse allegations) is Princess Beatrice’s dad, which must have made for a pretty awkward end to the double date. 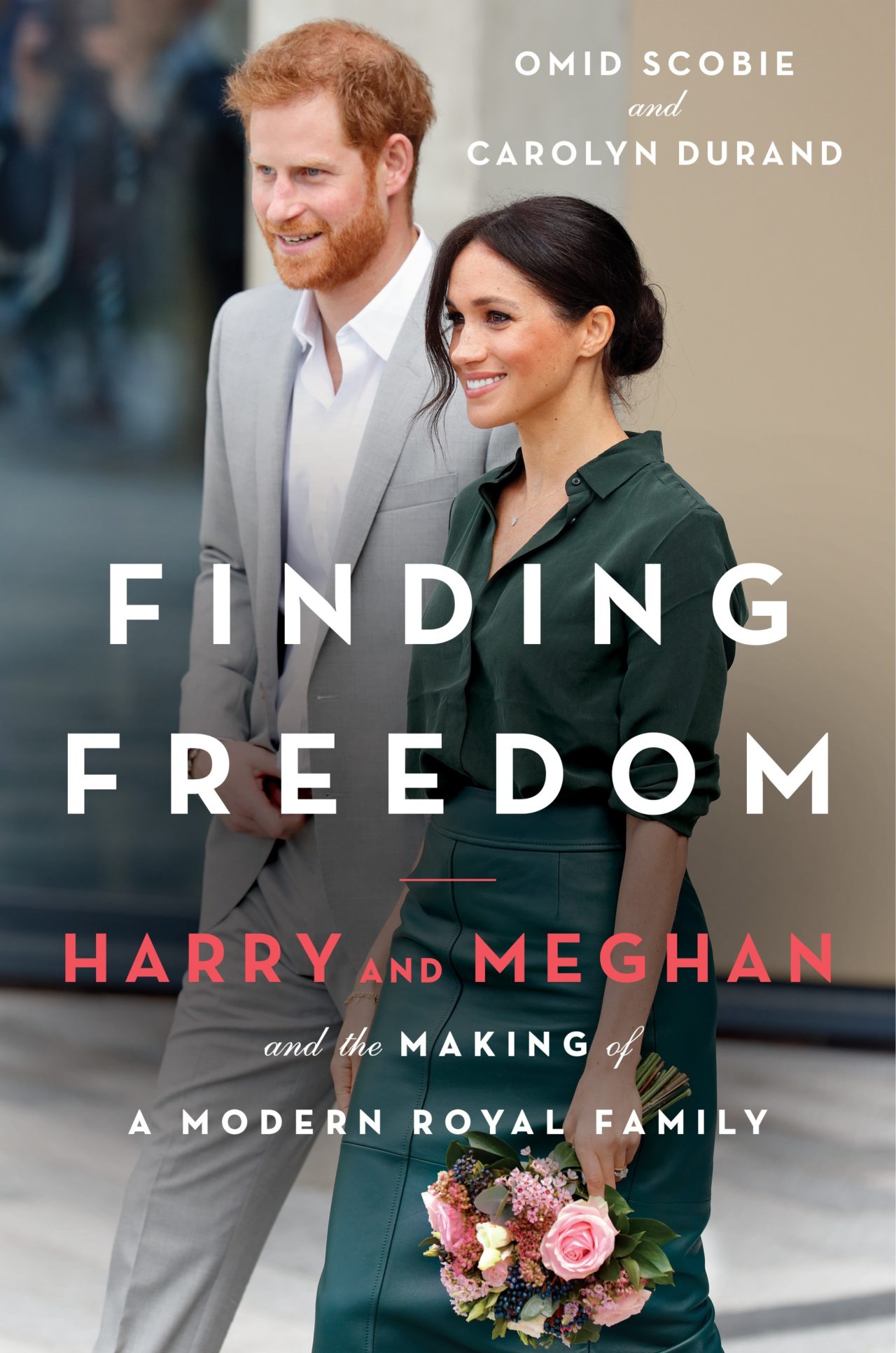 The couple quickly decamped to the Mulroneys’

Eager to escape the prying eyes of the paparazzi that descended on Toronto in the hours after the royal relationship went public, Meghan accepted an offer from her best friend, Jessica Mulroney, to hole up at her place. Jessica and Meghan’s relationship status may currently be up in the air following Mulroney’s very public display of white privilege earlier this summer, but back in 2016 they were the best of friends. Post-tabloid relationship reveal, Harry’s advisors urged him to return home, but he refused to leave Meg “in her time of need,” packing a bag for the Mulroney pad.

Turns out the time Harry and Meghan spent with the Mulroneys provided more than just a hideout: “It was there that Meghan got a first-hand glimpse of how Harry might be as a father, falling hard as he expertly won over the Mulroneys’ then six-year-old twins, Brian and John, and three-year-old daughter Ivy.” Harry brought gifts (what a prince!) and wasn’t afraid to get down on the floor with the kids.

The paparazzi quickly decamped to Toronto

Toronto doesn’t have its own paparazzi scene, but post-royal romance reveal, photographers descended from all over the world, parking outside Markle’s home, her workplace and (at least once) her fence: “Shortly after the news broke, a photographer from an L.A.-based photo agency had scaled the fence into her back garden and waited for Meghan by her car, hoping to get a picture before she headed out to run errands…Meghan was terrified and called the police.” After the nerve-wracking incident, Markle remarked to a friend, “This is how it’s always going to be, isn’t it?”

Photographers continued to hound Markle in her adopted hometown, her every facial expression and fashion decision discussed and dissected. A necklace featuring initial charms (an “H” and an “M”) gave the press a story, as well as—apparently—a reason for the royal palace aids to nitpick: “She was advised that wearing such a necklace only served to encourage the photographers to keep pursuing such images—and new headlines.” Markle took the advice on a phone call, but eventually felt like Harry’s team had crossed a line: “While she knew the aide had good intentions, the surreal experience of having someone from her boyfriend’s office tell her what kind of jewellery to wear or not to smile at a photographer was too much.” Meghan felt “damned if she did, damned if she didn’t.”

When it came to adjusting to her new and totally not-normal “normal,” Markle apparently found a trusted friend in Sophie Grégoire Trudeau: “Jessica introduced them in 2016 knowing that the two women now had a lot in common. They became fast email correspondents with Meghan interested to hear how Sophie had made the move from entertainment news correspondent to beloved First Lady.” [Note to Omid Scobie and Carolyn Durand: Canada doesn’t have a First Lady]. Getting advice from someone who could relate was extremely helpful and apparently instructive. A source told the authors: “For those of us who knew about the friendship, it was amazing to see the change that followed.”

After nearly a year of press-dodging and undercover rendezvous, the 2017 Invictus Games (which happened in Toronto, by total coincidence) seemed like an ideal opportunity to go public. Royal watchers will recall the exact moment (1:55 p.m. EST) when the couple cruised into the wheelchair tennis match at Nathan Phillips Square, playing it cool in the sweltering heat. “With Harry’s aids meticulously planning their top secret entrance down to the most minute detail, the couple’s coming out, designed to appear low key, was anything but.” Even though Meghan still had her home in Toronto, they were staying at the Royal York Fairmont for security reasons. A planned “intimate dinner” at the Mulroney home (with a guest list that included the Trudeaus) had to be called off when reporters parked outside in advance.

Yes, the “Husband Shirt” was code

Much was read into Meghan’s choice of outfit for her first royal girlfriend appearance. And turns out the gossiping masses were onto something. Finding Freedom maintains that the “Husband Shirt” Meghan wore (designed by Misha Nonoo) was in fact a “cheeky nod” to the couple’s still secret engagement.

Jessica Mulroney played the role of both best friend and stylist to Meghan, even helping MM decide on what to wear to meet the Queen: “After reviewing dozens of ideas, they settled on a conservative pastel dress.” With all eyes on her every outfit, Meghan “leaned heavily on Jessica.” To ensure privacy, Mulroney apparently had a phone dedicated exclusively to corresponding with Meghan.

Sick of the drama and yearning to spend time as a family, the couple—along with then six-month-old son Archie—decamped to Vancouver Island last November. At the time, according to the book, they felt a “Commonwealth location was more appropriate.” Jessica’s husband, Ben Mulroney, apparently helped them secure the Mille Fleurs property in B.C.’s North Saanich—whose “two private beaches and four acres of land provided a tranquil landing for the shell-shocked couple.” As tensions between Harry and Meghan and the royal family continued to rise, what started as a vacation turned into a strategy summit. Were they ever going to move to Canada permanently? Perhaps. But when the Queen nixed their hopes of a half-in-half-out approach to royal life, Canada’s status as a Commonwealth nation became unimportant. From then on the move to L.A. was inevitable, if not immediate.

Yet another thing the pandemic cut short

In the short term, Harry and Meghan’s plan had been to stay in B.C. “They wanted to continue at their idyllic rental,” says Finding Freedom, but when the realities of COVID started to set in, so did the reality of being stranded in North Saanich: “With the border set to close, Harry and Meghan made the decision to bring forward their move to California.”