The past few weeks haven’t been all that great for teen singing sensation Justin Bieber. Last week, he was pelted with eggs by a couple of pranksters in the audience while he was performing in Australia. This week, Bieber is being called out as a “brat” by one of his former CSI co-stars. 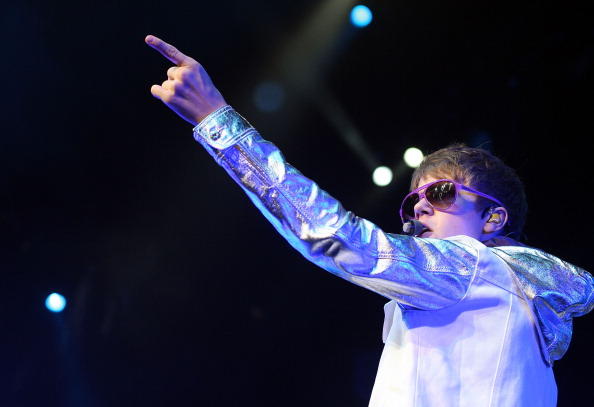 The past few weeks haven’t been kind to teen singing sensation Justin Bieber. Last week, he was pelted with eggs by a couple of pranksters in the audience while he was performing in Australia. This week, Bieber is being called out as a “brat” by one of his former CSI co-stars.

Getting pelted with eggs by a couple of jerky teens, and being called a brat by an adult—I’m not joking when I say that both events are recurring themes in my teenage diary.

But back to Bieber.

Who has the temerity to imply that a 17-year-old mega-millionaire may need a bit of an attitude adjustment? The non-Belieber in question is none other than actress Marg Helgenberger, who plays CSI Catherine Willows on the long-running/interminable crime procedural.

Fans of CSI may remember that Bieber has guest-starred on the crime series twice, each time playing troubled teen, Jason McCann. During his last appearance, Bieber-as-McCann went down in a haze of gunfire, so it’s likely he won’t be back though Helgenberger’s comments may really be the nail in McCann’s coffin.

In an interview on French TV, Helgenberger gave a behind-the-scenes scoop on what it’s like to work with Bieber. Basically unless you’re an eight-year-old girl, hanging out with Bieber isn’t that much fun. For Helgenberger, the experience sounds a bit like a babysitting gig gone awry.

While she claims he was perfectly “nice” with her, one of the show’s lead stars, he reportedly wasn’t so well mannered with the non-celebs in his immediate vicinity. Says the actress, “he locked one of the show producers in a closet” and put his “fist through a cake on the craft services table.”

Her overall impression is refreshingly mom-like, says Helgenberger: Bieber was “kind of a brat.”

Unfortunately, she doesn’t elaborate on the reason why Bieber may have felt the need to lock a producer in a closet. Even more troubling, she never explains what kind of cake it was that offended Bieber’s sensibilities (why am I picturing Black Forest?).

Though we may never know the whole story, I’m strangely satisfied by Helgenberger’s candor. It’s not that I dislike Bieber. It’s that I’m pretty sure her interview marks the first time that an adult female has expressed an age-appropriate response to the teenybopper. This is something to celebrate.