Guess which men work harder around the house

Those women who wish their men would head down to the basement and fix that bloody washing machine already may want to pay close attention to the results of a recent study (via Time.com). 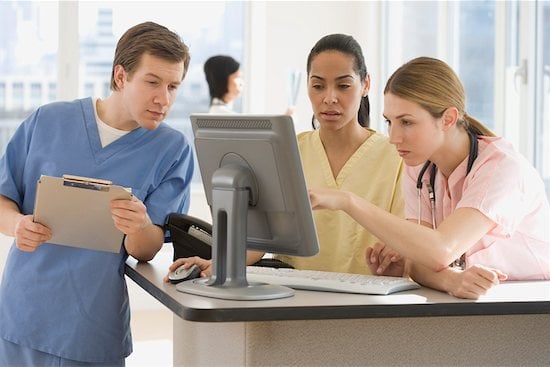 Those women who wish their men would head down to the basement and fix that bloody washing machine already may want to pay close attention to the results of a recent study (via Time.com) because the problem may not be your partner’s work ethic; it may be his profession.

According to researchers at Princeton University men who work in jobs that aren’t considered traditionally masculine—think nurses, teachers and clerical jobs rather than miners or construction workers—are more likely to compensate for their gender-neutral status at work by morphing into amateur Mike Holmes’ when they get home.

At night and on the weekends, these men are more likely to roll up their sleeves and tinker around in the garage, or backyard, performing classic man chores as a way of fulfilling an ideal notion about what it means to be the hard-hat-clad head of the household.

How inclined are these men to be handier than those who work in traditionally masculine jobs? The paper, which was published in the American Journal of Sociology, found they put in about 60 more minutes of handyman activity.

An extra hour isn’t a lot, but it’s still plenty of time to rake the leaves, put out the garbage, tend to the recycling and change the kitty litter. There’s even time to change a few light bulbs and unclog a few drains.

For the study, the researchers compared data taken from a U.S. survey taken in the early 90s that asked people how much time they spent on domestic chores with census information that related to the gender makeup of specific jobs.

But the study didn’t just reveal a positive link between “gender atypical” professions and men’s domestic prowess. It also offered some more insight into how chores are divvied up in the home among the sexes. According to the survey, women spent 27 hours each week cleaning, making meals, shopping and doing laundry, while men did about 10 hours of chores along a similar theme. By comparison, men did more traditionally masculine household chores than women, giving six hours of labour to women’s two hours.

The not-so-great news: women are still pulling a double-shift chore-wise. The good news: a world with more male secretaries, nurses and teachers, etc may only continue to chip away at the unequal division of labour.