When it comes to bouncing back from the losses in our lives, it turns out one size doesn’t fit all. Here's how we've learned to rethink mourning 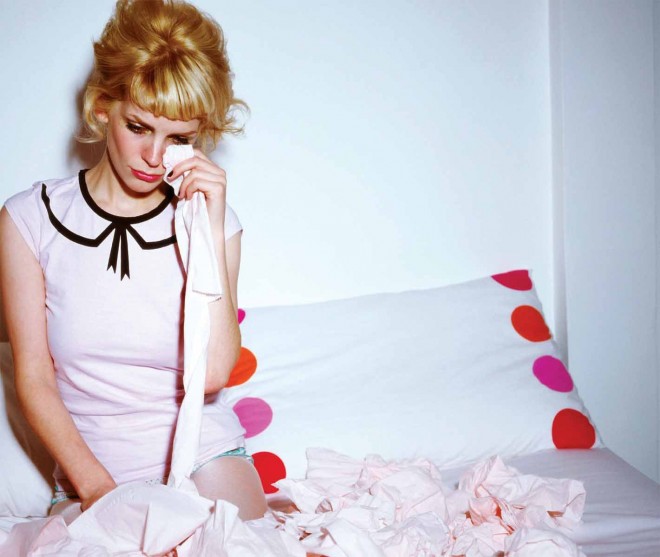 When my dad called on New Year’s Day, 2006, to tell me my mom had died nine months into her battle with ovarian cancer, I didn’t cry. Nor did I cry at her funeral, or even afterwards. Clearly, there was something seriously wrong with me. Where were the five stages of grief I’d heard about? Where were the denial, the anger, the bargaining, the depression and the acceptance? Instead I just felt guilty about my lack of emotion. What kind of horrible daughter was I?

I’ve since discovered that, like many people, I simply had it wrong when it came to grief. And I blame Elisabeth Kübler-Ross. The Swiss psychiatrist identified the stages of grief in her 1969 bestseller On Death and Dying (which actually outlines the stages someone who is dying goes through). Kübler-Ross distilled the complex emotional fallout that surrounds death into five convenient points that were quickly adapted by mental health care professionals as a comprehensive prescription for coping. Forty years later, her five stages still serve as a guide to modern-day attitudes about loss. (In a 2008 study, Kübler-Ross’ work was consulted by 76 percent of 50 Canadian hospices surveyed.)

But the stages-of-grief theory shows cracks under scientific scrutiny. A Yale study of over 200 people who had lost loved ones found they didn’t necessarily follow the commonly accepted stages of grief. Although disbelief and anger were symptoms, it was an overwhelming sense of yearning that bereaved people struggled with the most.

Some researchers also worry that placing our faith in Kübler-Ross’ theory could even be harmful. “It has caused a lot of confusion,” says Ruth Davis Konigsberg, author of The Truth about Grief: The Myth of Its Five Stages and the New Science of Loss. “It can lead to criticism about not grieving the right way and make people who are grieving feel insecure at a time when they’re already feeling vulnerable.”

Overall, Konigsberg says that while the stages of grief came from good intentions, they are outdated. “The stages unnecessarily set up an obstacle course for what we believe grief should be,” she says. There is simply no ‘right’ way to grieve. A survey of 78 ethnic groups by a scientist at the University of Minnesota found there is nothing universal about grief. For instance, some cultures immerse themselves in rituals, such as wearing black (Queen Victoria wore black after losing her husband, Albert, right until her own death 40 years later); others, such as Australian Aboriginals, deal with loss by never again uttering the name of the deceased; in Ghana, people hold elaborate funeral parties complete with dancing and singing.

Contrary to popular belief, we’re learning that most people are able to manage loss on their own. “Humans have an innate resilience,” Konigsberg says. “We probably already have what is needed to get through it.” Thanks to new studies, attitudes about grief have evolved and become more hopeful than in Kübler-Ross’ day. And recognizing that grief is normal, natural and as unique as the individual going through it has led to a new, healthier understanding of how people deal with loss.

Does time heal?
To deal with the initially overwhelming pain of a loss, some people may cry uncontrollably, while others want only to retreat from the world. That’s what I did. I went to Bali for two weeks after my mom’s death. It’s such a spiritual place that I felt safe finally shedding tears there. And I eventually discovered that the intense, often debilitating feelings that first come with grief do become more manageable over time.

Still, if you plotted my grief on a chart, you’d see there are highs and lows. The first Mother’s Day without my mom was tough. It shone a spotlight on her absence. I went to the cemetery, sat on the grass beside her tombstone and talked to her. It helped ease my pain. When George Bonanno, a professor at Columbia University and author of The Other Side of Sadness: What the New Science of Bereavement Tells Us about Life after Loss, studied couples 65 and older who’d lost partners, he found about 45 percent showed no symptoms of grief six months later. (That’s not to say the sense of loss disappears entirely — you’ll never stop thinking about the people who are no longer in your life, whether it’s 10 or 20 years later.)

There are times when the emotional and physical burdens of grief fail to lighten over time. Generally speaking, after six months, someone who has experienced loss (whether it’s a death, a divorce or the end of a job) should feel better and have resumed their normal day-to-day activities. But about 10 to 15 percent of mourners experience more complicated or prolonged grief, when symptoms such as painful yearning, feelings of emptiness, trouble accepting the loss or hopelessness persist or worsen. You’re more likely to experience this type of grief if you have a history of depression or had a difficult relationship with the deceased, or if the death was violent, premature or sudden. If you’ve lost your emotional equilibrium and thoughts about the loss dominate your mind, it may be time to get professional help.

It has been five years since my mom’s death. I know that many people who are grieving, myself included, don’t appear to have had a major upheaval in their lives. I had the gift of knowing that it was likely my mom would die as a result of her cancer. I spent many nights with her at the hospital, holding her hand and talking about our past and my future without her. I wrote her love letters about how much she meant to me that she could read whenever she was having a tough day. I wrote a eulogy for her funeral that was funny in parts, sharing stories about my mom having to scrub the steps of her high school as initiation into a sorority and recalling a family road trip when I ate my way through a cooler of cooked lobsters while in the back of the station wagon. I miss her often and profoundly, but I’m okay. And learning what I have about grief, I’m now fine about feeling that way, too.

Rethinking grief
It can come with death, divorce, losing your job or even having to sell your home. Here’s how we’ve learned to rethink mourning, no matter the cause.

We thought: It’s important to take an active role in getting over grief.
Now we know: It’s okay to do nothing. Because grief can be painful, the tendency is to want to do something to make it go away — whether it’s heading to a doctor to get medicated or making frequent visits to the cemetery to mourn. “Just let grief unfold naturally, as it should,” says author Ruth Konigsberg. Over time, most grievers return to normal functioning all on their own.

We thought: Constant sadness is the only acceptable emotion. Anything else diminishes the loss you experienced.
Now we know: It’s okay to laugh. Columbia University professor George Bonanno studied people who laughed and smiled when talking about their recent loss and discovered it was linked to a lower level of grief over time. Of course, that doesn’t mean you should fake it or whoop it up when you’re feeling heavy-hearted, but just know that it’s okay for times of sadness to be punctuated with periods of happiness.

We thought: To process grief, you need to verbalize your feelings about it.
Now we know: You should talk about a loss only when you feel like it. While talking about it can be helpful, it can almost become an illness itself over time, says Eric J. Cline of the Grief Recovery Institute (Canada). Recovery, he says, is about achieving completeness and moving forward. “If all you’re doing is talking about the loss, then you’re not moving forward.”

We thought: To accept a loss, you need to focus on the emptiness it has left in your life.
Now we know: It’s better to bask in good memories. Bonanno found people recovered from grief faster when they used positive memories for comfort. Remember the time Uncle George dressed up like a Vegas showgirl? Thinking about the good times doesn’t repress or prolong grief as we once believed. Instead, those recollections are healthier than focusing solely on what you’ve lost.

We thought: Sadness is something that can be cured.
Now we know: Not to confuse depression with grief. A grieving person may be sad, but still be able to cope. However, a depressed person may be disabled by the intensity of emotion. “Grief is not a mental illness,” says Cline. “Even though psychologists and psychiatrists used to deal with it that way.” While antidepressants may help alleviate debilitating sadness and lethargy triggered by grief, experts say they won’t diminish the yearning feeling associated with a loss.

Finding the right words
It can be tough to be around someone who’s in pain. People freeze or flee because they don’t know what to say or do, says Eric J. Cline, executive director of the Grief Recovery Institute (Canada). But staying in touch can ease the sense of isolation that often comes with loss. Some people find solace in the cards that friends and family send — it often helps for them to know they’re not alone.

What not to say: “I know how you feel.” Everyone experiences grief in a unique way, Cline says. You can’t honestly say that you know how that person is going through theirs.
You could say: “I’m sorry for your loss.” If you’re not sure what to say, this is a good place to start.

What not to say: “You can always get another job/house/pet.” This belittles the relationship that was lost by implying that it is easily replaceable.
You could say: “I know this is a difficult time, but you are in my thoughts.” This acknowledges the loss and the challenge it presents while also reassuring the person that they aren’t alone, says Cline.

What not to say: “Time heals all wounds.” Not only is this a cliché, it isn’t always true.
You could say: “I don’t know how to help you, but I want to try.” Just do something thoughtful, like bringing over a casserole or calling the person to go for coffee, says Cline. Don’t expect a bereaved person to tell you what they need because chances are they don’t know themselves.

What is your experience with grief and mourning? How did you start to feel better? Share your story with us.