Green for life: Your greenest time of the month. Period.

When Aunt Flo visits, you don't have to flush your eco-conscience down the toilet. You’ve got options - and 12 darling opportunities a year to try them out 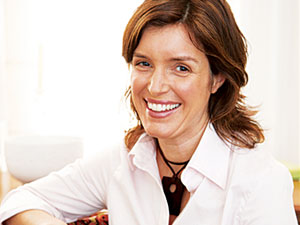 As the old feminist adage goes, if men had to menstruate, there would be no tax on tampons. But if the tax on women’s health necessities isn’t enough to raise your ire, maybe the ingredient list will be.

In the 1970s, man-ufacturers introduced us to tampons that were “superabsorbent,” and we know how that story ended: with toxic shock syndrome. Until the 1990s, tampons were bleached with chlorine gas, which studies showed meant the release of toxic chemicals called dioxins into the environment and our bodies.

Today, most of the tampons sold in Canada are bleached in a safer way and made of rayon or cotton, or a mixture of the two. And while we may think of those as natural materials, cotton is one of the most heavily pesticide-sprayed crops in the world.
So what options does that leave a girl when Aunt Flo comes to visit? Here are a few simple suggestions that will help you stay green when you’re seeing red.

Go organic down there
Do the earth – and your nether regions – a favour. Invest a few extra bucks a month in organic-cotton tampons, like those made by Natracare, Organic Essentials or Seventh Generation. These are made from cotton grown without synthetic pesticides and whitened using chlorine-free hydrogen peroxide, which makes them a safe natural choice.

Skip the applicator
I know it can be kind of gross to think about those little stubs of cotton that you insert with nothing but your finger. But when you consider that, according to the Ocean Conservancy, 2,000 tampons and applicators washed up on our shorelines in 2006, you can probably get used to a tampon that at least produces half the waste.

Pad the argument
Of course you can avoid disposal issues altogether with the good old-fashioned pad – reusable, of course. Pioneer women had to strap a wad of cloth between their legs, but now we have options. Several companies based on Canada’s west coast make reusable cloth pads, which can be soaked in cold water to remove stains, then washed with your regular laundry and used again and again. You probably have reusable cloth bags to avoid plastic at the grocery store; why not apply the same logic every cycle?

…or do what I do
Since we’re getting intimate here, I might as well tell you that my solution for fem hygiene is one that used to wig me out, but that I now cannot imagine life without. I am a staunch champion of the reusable “keeper cup,” the best thing to happen to the monthly cycle – ever. I can’t believe how easy, cost-effective, eco-friendly and hassle-free periods have become. Buy it once – it lasts for 10 years – and you’ll never have to spend money on (or dispose of) another tampon or pad. Empty it two to four times in a 24-hour period, and practically forget it’s in there. Now that’s my kind of period.