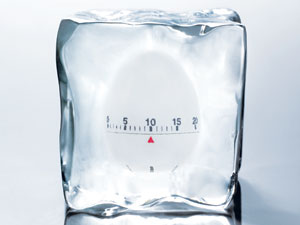 Last spring, Montreal lawyer Melanie Boivin, age 35, announced she had frozen her eggs for her seven-year-old daughter. The girl, Flavie, suffers from a rare genetic disease called Turner’s syndrome, which leaves patients infertile. Her mother’s tiny pieces of tissue, “vitrified” in a flash-freezing technique developed by researchers at McGill University, may be the girl’s only hope for biological motherhood. “I do not want to oblige her to use the eggs,” says Boivin. “I want to give her the option.” It’s such maverick stuff that McGill scientists sought the approval of an ethics committee before they froze the eggs. And under the current system, Flavie will need to appeal to another committee if she decides to use them. But who knows where medical ethics will be in 20 years’ time?

Hot on the tail of Boivin’s announcement, a group of Israeli scientists crowed that they had successfully culled eggs from five- to 10-year-old cancer patients, brought those eggs to maturity and frozen them for the girls’ future use. And around the same time, a clinic in Mississauga, Ont., trumpeted it was the first in Canada to offer gamete storage for women wanting, for whatever reason, to “freeze their clocks.” (The upfront cost is $5,000 and it’s $300 a year for storage.)

Generally, I’m in favour of measures that increase women’s reproductive options, but all these uncooked eggs make me queasy. So do the revelations in the recently released phone book-thick tome Everything Conceivable: How Assisted Reproduction Is Changing Men, Women and the World, in which the Washington Post journalist Liza Mundy charts the vast changes in advanced reproductive technology (ART), a $3-billion-a-year industry in the U.S. alone.

Along with seriocomic anecdotes that illustrate the metamorphosis of the very definition of “family” – what’s the etiquette around inviting your egg donor to your triplets’ baptism? – Mundy explores the implications of rising multiple-birth rates taxing health care, and the troubling reality of “egg tourism,” where wealthy women visit developing countries to buy eggs from poorer women. “Assisted reproduction is having a social impact as profound as the widespread availability of the birth-control pill in the 1960s, and the passage of the landmark abortion-rights decision Roe v. Wade . . . in 1973,” Mundy writes.

These waters aren’t just murky, they’re rushing, and, ethics committee or not, they’re knocking most of us off any firm footing. Because of the possibilities science has given us, we’re leaping at what we feel we want – babies, babies, babies, at least partially our own – but we’re ultimately unsure about what it means in the long term. There’s no precedent for this new world of birth control, a term that for decades meant planning not to get pregnant. But now, controlling birth is all about making babies in labs, and to its most fearful critics, ART is a futuristic and materialistic development: designer babies and designer families. Those alarmed by the egg frenzy see something greedy in this lust for the biological footprint at all costs, pointing out that there are one or two kids Angelina Jolie has yet to adopt.

For a long time, faced with egg reports in the news, I’ve been wary. With Boivin, I thought: What if her daughter doesn’t want to have children? Will she feel pressured to do so? How will Flavie’s future partner feel about fathering his mother-in-law’s child? Moreover, for years, feminists worked hard to remove the social stigma around “childlessness,” replacing the image of the old maid with the strong, fulfilled child-free woman. Not surprisingly, the Boivin case has set off a maelstrom of anger on child-free message boards. One woman posted, “What this mother is really telling her daughter is that she’s not good enough the way she is” – and the way she is is infertile.

But then there’s this: I conceived and birthed two children, rather casually, in fact. I do not know the yearning, the gulch of unfulfilled motherhood. The science is all head, but wanting a child is all heart.

Often, when a man weighs in on abortion, I think, “You have absolutely no idea what that choice means, and you cannot understand it until the moment you are flung into its depths.” In the egg debate, I’m the man: a mass of abstract responses that mean little against the subjective experience of wanting a child that you cannot have.

But what would I do if my infant daughter were struck by cancer and rendered infertile by chemotherapy treatments? Would I cull her eggs, or freeze mine? From up here, where I don’t have to make such a decision in real time, I think, “No. Enough fighting with the body, enough blind veneration of motherhood. She can adopt and be a mother, or maybe make peace with her infertility and lead a different life, one only she can shape, free of my own imaginings for her future.”

But in a new world where eggs are easily plucked and chilled, perhaps she would resent me for not doing it; hell, in a few years, her friends’ moms might be doing it for their daughters, just in case. If she lacked a kidney, would I hesitate? Eggs, of course, are different. In art and literature, the egg is a symbol of the Virgin Mother, of infinity and the cosmos, its perfect roundness the beginning and end of all things. Its squirmy counterpart doesn’t beget much poetry, except on bathroom walls.

For more than 30 years, men have donated sperm, and nobody blinked. But this is motherhood, always publicly debated and held up for judgment, in all shapes, in all forms. Some things, at least, never change.