The author and activist spoke with Chatelaine about Justin Trudeau, the recent Planned Parenthood shooting and the other f-word. 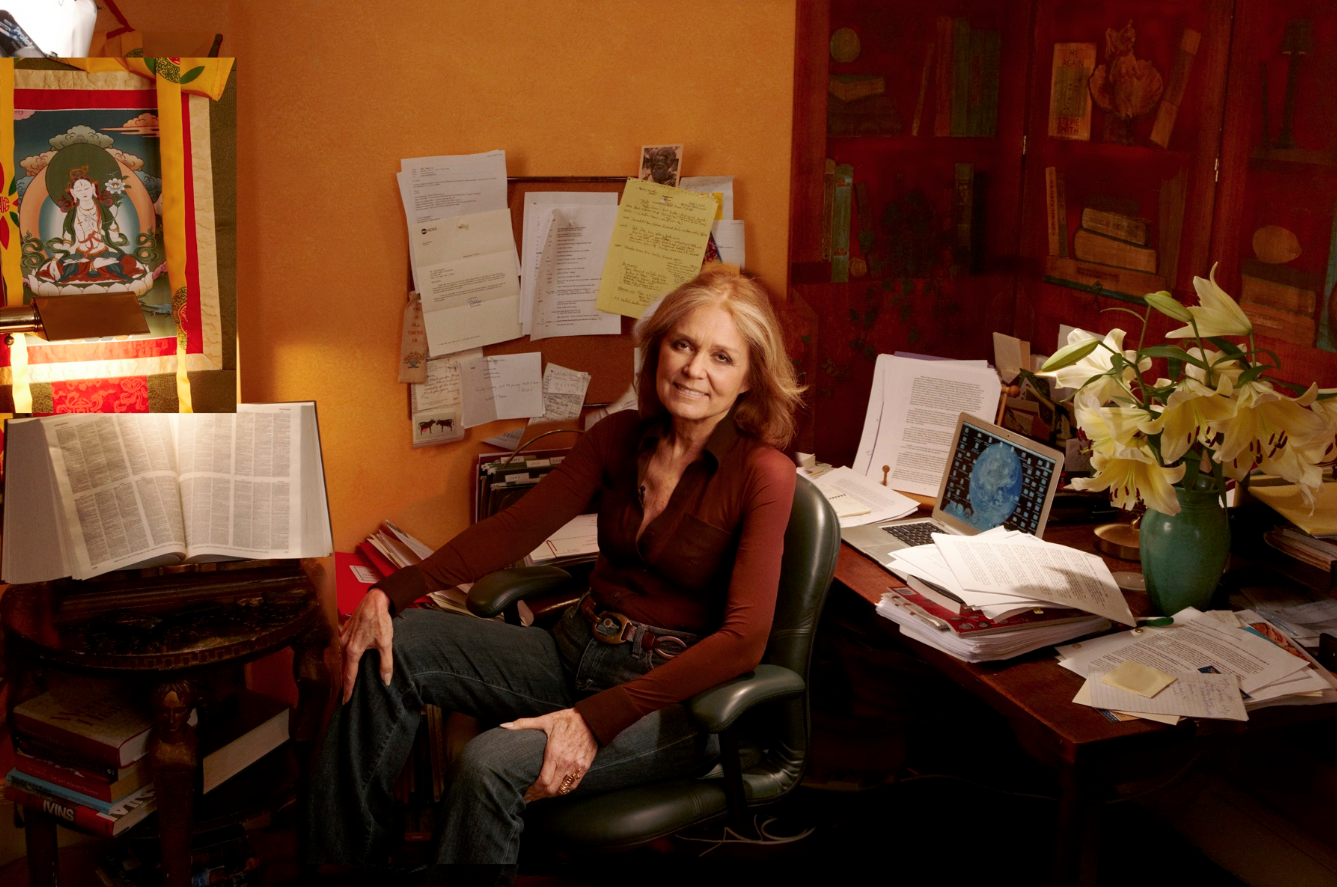 As a child, Gloria Steinem longed for a conventional life — one in which she wouldn’t be uprooted at a moment’s notice to roam the nation with her travelling salesman dad who rarely left home with enough cash to get from point A to point B. But that itinerant upbringing shaped her remarkable lifetime of feminist activism — to New Delhi’s third-class women’s only railway cars, to pow wows in the South Dakota Badlands, to the pivotal 1977 National Woman’s Conference in Houston, Tx. At 81, the feminist icon is still travelling. This week, she was in Toronto and Montreal in support of her memoir My Life on the Road, which came out in October. I caught up with Steinem over a cup of tea to talk Trudeau, the war on reproductive rights and the other f-word.

This is your first visit to Canada since we elected Justin Trudeau as prime minister. He openly calls himself a feminist — does that matter?

Of course it matters. Speaking for our side of the border, we want to have presidents who identify as advocates for civil rights, as feminists for human rights. When [U.S. president Barack] Obama was elected in 2008, we put him on the cover of Ms. Magazine and said: ‘This is what a feminist looks like.’

Related: Are we allowed to call Justin Trudeau hot?

Trudeau also made good on his promise for gender-parity in cabinet and had his Liberal party legislators promise to vote pro-choice.

Because of double standards? We wouldn’t be able to say that if he were a woman without being viewed as sexist.

First of all, they would do it for a woman. Let’s face it. When we write about our candidates, we don’t talk about the very obvious hair plugs that men have, but we do talk about Hillary Clinton’s hairdo. It’s a question of equal treatment and relevance. Everybody knows that appearance is not relevant to policy, but it’s human to comment. I don’t think that’s a problem.

I think some of it was finding him attractive for being feminist.

Related: When it comes to abortion, do medical schools need to smarten up?

You dedicate your book to the late doctor who gave you an abortion in 1957. You couldn’t speak his name for years because of legal and safety reasons. How did Friday’s shooting at a Planned Parenthood in Colorado Springs register for you?

The whole division of human beings, wrongly, into masculine and feminine and the whole patriarchal system is all about controlling reproduction. One hundred percent. So sex that can’t end in reproduction is wrong; contraception is wrong; abortion is wrong. I think most people are certainly turned off by the terrorism against the Planned Parenthood clinic, and unfortunately the Republican party candidates are saying things like, “Well, it’s equally wrong that children are being murdered in the clinic.” It’s a kind of false moral equivalency — this is not helping.

Your book centres around in-person interactions and how they’ve shaped your activism. So much of modern-day feminism and activism is online. Are there both losses and gains in that?

It’s obviously a blessing and it allows us to communicate with each other in a big way without media intervention. But we need to remember that nothing replaces sitting here like this — nothing replaces all five senses. It happens that as human beings we can’t empathize with each other unless we’re present in that way. I think that’s part of the reason people can be hostile on the Internet.

Do you feel like we’re in a particularly important moment for feminism right now?

I feel like there’s some spontaneous combustion right now because suddenly I’m in some auditorium that holds 1,000, 2,000, 3,000 people and it’s sold out in a week. I suspect that the young women are more likely to come because they’re on the web. It feels great and it feels as if, in a new way, we’re taking up the spirit of the beginning. Then we went through kind of a period of measuring progress by women’s presence in existing structures — like how many were in the executive suites. And now there’s more emphasis on transforming those structures and not imitating them. That feels good. It’s not new, but it feels like it’s happening in a bigger way.