7 things I hope to see in the Gilmore Girls revival

The girls are back in town! 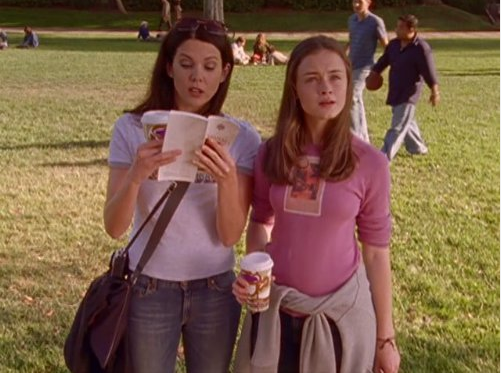 It’s been almost a decade since we’ve caught up with the gals from Stars Hollow, but much to our delight, Netflix has promised to release four more 90-minute (!) episodes of the Gilmore Girls later this year. Original showrunner Amy Sherman-Palladino, who left the show before its seventh (and final) season, has been tapped to handle the reboot.

One notable omission is kooky chef Sookie (Melissa McCarthy) — which is heartbreaking news. Here are some plot points I hope the series’ bonus season will include to, you know, make up for Sookie’s absence:

1. Rory and Lorelai continue to keep it real.

2. Jess begs for one more chance (and he’s mature enough not to screw it up).

4. Michel has gotten snarkier with age.

5. Luke and Lorelai finally get it together and realize they are soulmates.

7. And, of course, more of the heartwarming mother-daughter love like no other.

Related:
10 things that wouldn’t fly if Friends debuted in 2016
The Chatelaine Q&A: Samantha Bee, the only woman in late-night comedy
10 must-see movies by female directors