The actor has fallen in love with her female best friend, but she refuses to define her sexuality. Are labels becoming a thing of the past? 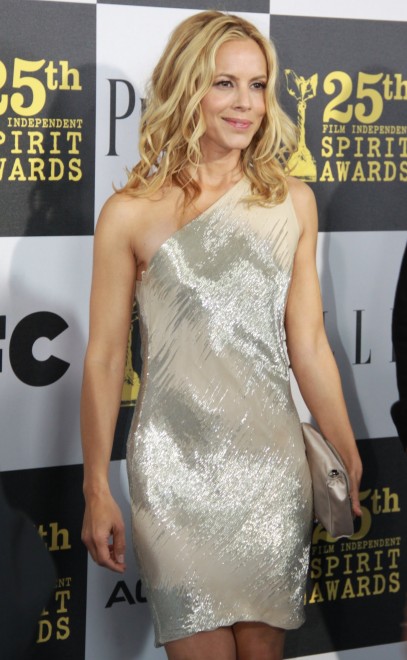 Maria Bello, activist and actor (A History of Violence, E.R.), calls herself a “whatever.” In a 2013 piece in the New York Times and now in a new book, Bello reveals that after spending most of her life enjoying relationships with men, including the father of her son, she fell head over heels for her female best friend, Clare Munn.

The “whatever” part comes from her son who, when she told him she was in love with a woman, said, “Whatever, Mom, love is love.” But the term also reflects Bello’s reluctance to have her identity summed up by a label like “straight,” “lesbian,” or “bisexual.” She doesn’t judge people who like those labels, and has said that if it helps the cause of the fight for same-sex marriage in U.S., she’s happy to be called whatever people want. It’s just that for her, given her values and her life experience, labels tend to limit rather than liberate.

Bello is onto something. As she put it in a speech at the Human Rights Campaign Equality Awards gala, “we are living in a whatever world,” where people are defying labels or connecting across them. The fight for LGBT equality has been increasingly taken up by straight people — it’s notable that the Irish singer Hozier, whose song “Take Me to Church” is a powerful anthem for queer love and desire, is himself a heterosexual. Meanwhile, the visibility and empowerment of trans people continues to grow, with celebrity advocates like Laverne Cox and Janet Mock, and now Bruce Jenner coming out publicly about transitioning. We have multiple ways to express our desires, our relationship status, and our sex — Facebook, for instance, now has more than 50 gender options for users to select from.

Nor is Bello the only high profile woman to have a mid-life change in sexual orientation. A decade ago Cynthia Nixon (Sex and the City’s Miranda) ended her long-term relationship with her male high-school sweetheart when she fell in love with another woman. Ontario Premier Kathleen Wynne and her partner Jane Rounthwaite regularly have family dinners with Wynne’s ex-husband, from who she amicably separated after she and Rounthwaite locked eyes. New York City’s first lady Chirlane McCray was a lesbian before she met her husband, Bill de Blasio, and said she fell for him “by putting aside the assumptions I had about the form and package my love would come in.”

That these examples are all women may not be a coincidence. Sex research indicates that when it comes to arousal, women’s tastes and attractions are much more varied and diverse than those of men. Women also tend to have more intense and affectionate platonic friendships, making them more likely perhaps to see possibilities for intimacy outside of romantic entanglements. And women, given the choice, are also increasingly bucking convention and choosing happy singledom and/or happy childlessness, proving that there is no one size fits all way to create a life.

That’s the other meaning of “whatever” for Bello. She also advocates for the recognition of all kinds of significant other-ships, with friends and siblings, for example, not just sexual partners. As she told the Daily Beast, “If there is somebody significant to you in your life that you are committed to, isn’t that a partner? And then people light up and go, ‘My dog is my partner!’ or ‘My ex is my partner!’ or ‘My best friend is my partner!’ So I just think the traditional labels don’t work for people anymore, we just can’t fit into those tidy little boxes any more.”

More by Rachel Giese:
Our royal baby, ourselves: Why we’re obsessed with Princess Charlotte
Life (and death) lessons in Kate Atkinson’s A God in Ruins
My son is getting the HPV vaccine — yours should too