Can everyone stop freaking out about free speech, please?

Canadians are living in a golden age of public expression, yet some are declaring a free speech apocalypse. Here's what all the hand-wringing is about. 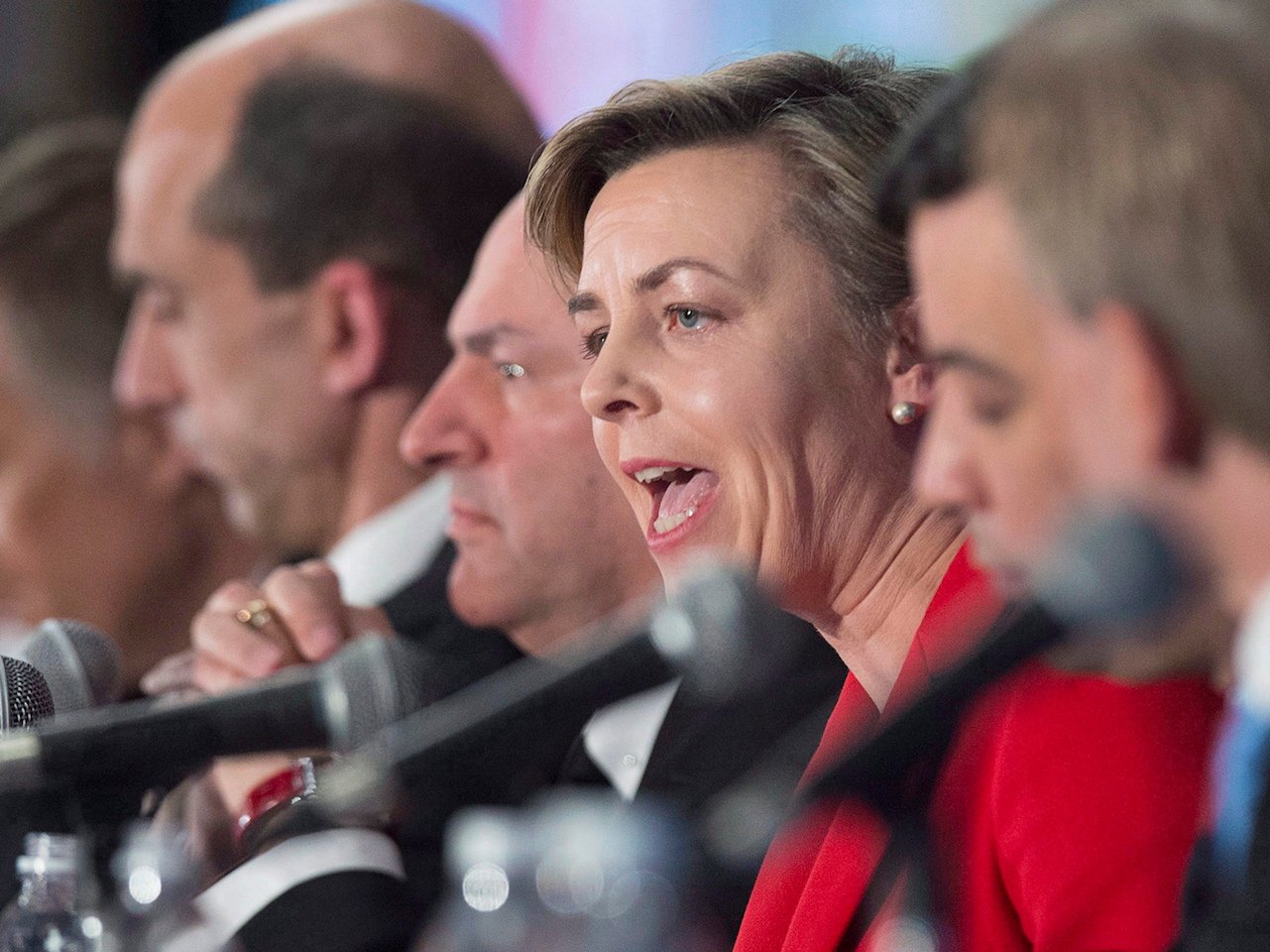 If you are fortunate enough to live in a democracy in 2017 and have access to a phone and the Internet, you have unprecedented and an almost unfettered ability to express yourself. You can self-publish a book, create a blog or Tumblr, post on Instagram, Facebook or Twitter, shoot a video for YouTube, record a podcast, create a newsletter, email a politician or a journalist, or go online and order a baseball hat with your political beliefs emblazoned on it. You are pretty much free to say whatever you want, no matter how smart or idiotic, temperate or heated, honest, false, or completely bonkers.

And yet, never have so many people despaired over the presumed death of free speech. A couple recent examples: Last fall, Jordan Peterson, a professor at the University of Toronto released a series of videos in which he declared war on “political correctness.” Peterson doesn’t believe transgender people have the right to ask him to use “she” and “her” if Peterson has decided the person is male (and vice versa). “I don’t recognize another person’s right to determine what pronouns I use to address them,” he’s said. To respect someone else’s self-definition, he argues, would infringe on his right to free speech.

Meanwhile, Motion 103 has Conservative leadership candidates equally agitated that they, too, are in imminent danger of being gagged. Kellie Leitch, never one for subtlety, has gone all in on the metaphor, with a petition featuring a picture of woman with a sticker over her mouth that reads “Stop Motion 103.”

The motion, which was introduced by Liberal backbencher Iqra Khalid, carries no legal weight, has no legislative authority and changes not a single one of our laws. It simply asks the House of Commons to acknowledge “the increasing public climate of hate and fear” and to condemn “Islamophobia and all forms of systemic racism and religious discrimination.” Somehow this has been interpreted by Pierre Lemieux as “an attack on free speech,” by Maxime Bernier as “the first step” to restricting the right to criticize religions, and by Interim Conservative Leader Rona Ambrose as a motion that will “intimidate rather than inform.”

Then there’s Milo Yiannopoulos. Up until this week, when his flippant comments about pedophilia jettisoned his career, the former Breitbart News editor acted as the millennial majorette for the alt-right, lobbing malicious attacks at Jews, immigrants, African-Americans, Muslims, women, transgender people and anyone he found unattractive. Last year, he incited a vile racist and sexist crusade against Saturday Night Live comedian Leslie Jones. When he was banned from Twitter for it, he cried free speech. He also proclaimed himself a martyr to the cause of free expression when rowdy protests shut down his recent speaking engagement at Berkeley College in San Francisco. 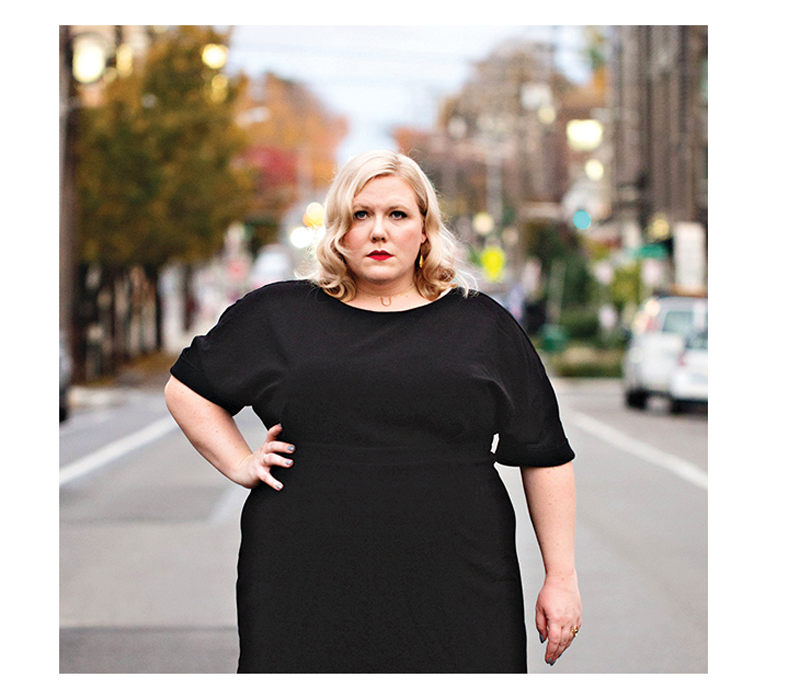 Why 2017 may be the year people actually quit social media

For many conservatives, especially on the far right of the spectrum, free speech has become a kind of fetish. They invoke it like a magic defence against allegations of bias and bigotry. And yet, some of the staunchest free speech advocates see no conflict in using that right to call for limits on the liberty of others, like those who want to marry someone of the same sex, to use the washroom that reflects their gender as they define it, to cover their hair as religious observance, or to determine what goes on in their own uterus. At issue is not an open, civil and respectful exchange of ideas. Rather, what the conservative free speech posse wishes to protect is the power to gin up hysteria and insult others, particularly people in minority groups, without consequence or criticism.

But, of course, that’s not what free speech laws were created to do. Protections of free expression ensure that citizens aren’t punished by the state, thrown in jail or sent into exile for championing dissident views. That doesn’t mean everyone with an axe to grind is entitled to an audience. That doesn’t mean that a comedian won’t be criticized for a rape joke, or a homophobic business won’t be boycotted. That doesn’t mean a crowd is allowed to hurl slurs at a woman in a hijab. Even in the US, where there’s enormous latitude when it comes to free speech, the right is not absolute. Libel and slander are illegal, as is threatening violence against the president.

And, as a matter of etiquette, cultural norms or old-fashioned common sense, we routinely accept limits to self expression. Corporate employees abide by office dress codes and don’t show up to work in cut-off shorts and Crocs. TV and radio broadcast regulations forbid the airing of adult content during certain hours. Many of us don’t use curse words in front of our kids or our grandparents. Few of us feel silenced by these concessions.

But the free speech doomsayers believe we are living in the end days of democracy, and they are the ones who are suffering. Think I’m exaggerating? A week after a white nationalist gunned down six men peacefully praying in Quebec City mosque, when the traumatized congregants had barely finished washing away the blood, conservative columnist Barbara Kay tweeted, “How long until my honest criticism of Islamism constitutes a speech crime in Canada?” It says a great deal about Kay’s self-regard and her priorities that she painted herself as a victim of the tragedy.

In Peterson’s case, he fancies himself a hero for refusing to do what most of us would do as a simple matter of politeness: that is, call someone what they’d like be called. By Peterson’s logic, I have the right to address him as “Dame Judi Dench” or “Chuckles the Clown.” But would that make me a fearless warrior for free speech? Or just self-aggrandizing and sort of pathetic? 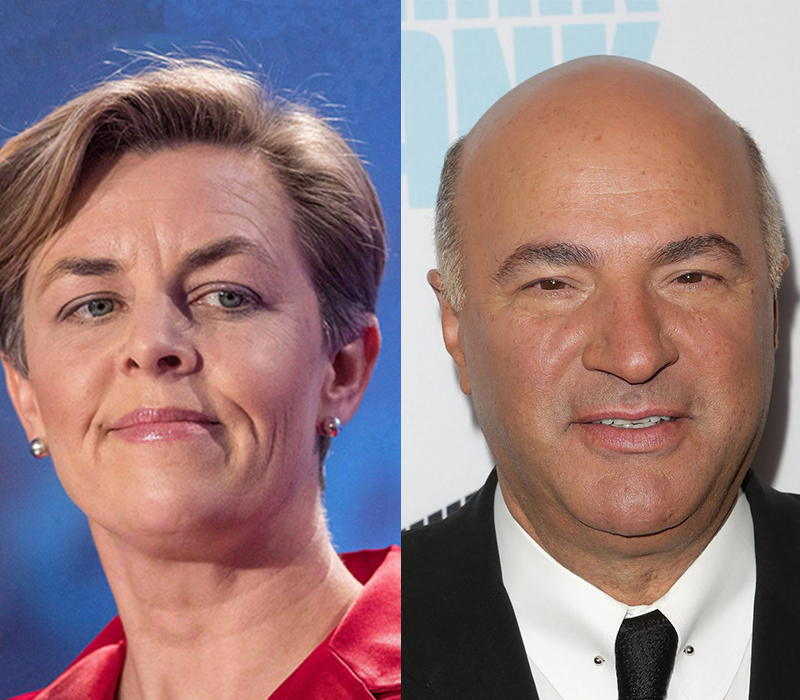 What's with the Trump-style politics of Kevin O'Leary and Kellie Leitch?

But why be courteous and decent, when you can be famous and rich? Peterson’s free speech rants have helped him rack up over 80,000 Twitter followers, 8,000 Facebook likes and 3,000,000 views on YouTube. That’s a sizeable audience for who someone who claims he’s being censored. He’s also got a blog, a new book and an online self-help course. He’s even launched a Patreon account where his fans give him US$12,000 per month — a very nice top up on his $160,000 annual prof’s salary — to support his lectures on political correctness.

And that’s what’s actually at stake — profile and profit, not free expression. Until the pedophilia comments came out, Yiannopoulos’s free-speech-victim routine landed him a US$250,000 advance from Simon & Schuster for a book, which was at the top of the pre-order list on Amazon (the offer has since been withdrawn). Turns out there’s some speech his fans won’t support after all, the courage of their convictions be damned.

For Conservative leadership contenders, harping on about the dangers of Islam isn’t about a willingness to take an unpopular stand. It’s about rallying the base. Kellie Leitch may be an accomplished doctor with anywhere between 18 and 22 letters after her name, but as an MP her performance has been at best mediocre. As a leadership candidate, the only thing that’s distinguished her has been her willingness to target immigrants. And so, she’s leaning in.

As for the evidence of widespread censorship, where exactly is it? Conservative viewpoints abound on Fox News, Rebel Media, Breitbart News Network and the Sun newspaper chain. You can get your fill and then some of misogyny, racism and gay bashing on Reddit, 4chan and Twitter. The anonymous citizens who deluged Iqra Khalid with rape and death threats didn’t seem the slightest bit inhibited in their attacks.

No doubt all of us would benefit from better, smarter and more open debates, and from listening more to those we don’t agree with. But it’s hard to swallow the argument that free speech is under attack when it’s coming from the loudest voices in the room and from the protected perches of a tenured academic post, a column in a national newspaper, and the bully pulpit of a seat in the House of Commons. If those people have been silenced, why are they still shouting?