For Kate Middleton, parties are the family business

As far as celebrations go, the upcoming royal wedding will be hard to beat. Lucky for Kate Middleton, party planning is in the genes. 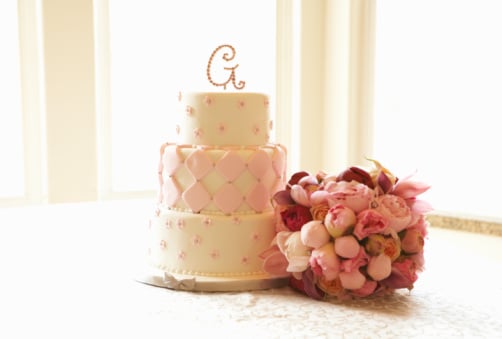 As far as pomp, circumstance and ceremony go, the royal family take the proverbial cake. There is no doubt that the April 29th wedding between Kate and Wills is going to be a splendid and transfixing costume drama that far exceeds anything that’s come out of Hollywood in recent years – including the (pretty good) The King’s Speech.

What the royals do need significant help with, however, is the concept of fun. I mean, in terms of pure enjoyment, would you rather spend an afternoon at Buckingham Palace sipping tea and eating cucumber sandwiches, or the night partying like rock stars at Jay-Z and Beyonce’s Grammy Awards after-party?

Wills isn’t exactly marrying into pop/rap royalty, but the Middleton clan do know a thing or two about parties – in fact, it’s the family business.

Kate’s mom Carole is often cited for her one-time job as an air-hostess (apparently, some of William’s snobby university friends would snicker “doors to manual” whenever Kate walked into the room), but she and husband Michael have built an incredibly successful online party business called Party Pieces.  The mail-order business promises to help you create “magical festivities” including birthday parties, anniversary parties, Hello Kitty parties and, of course, princess parties.  Jackpot.

The Middleton kids have also gotten in on the act.  Though Kate’s work in the family business is now over, her sister Pippa and brother James drank the celebratory Kool-Aid.  Pippa, a party-planner and girl about town, runs an online children’s party magazine called The Party Times, an offshoot from her parents’ Party Pieces “mother-ship.”  The Party Times promises to tell you everything you need to know about all aspects of children’s parties including “fun recipes, top tips, interviews with party experts” and “the latest party themes.”  Apparently, the “How to Marry Your Sister off to a Prince” theme is a very big seller.

Of course, most parties require cake and, not surprisingly, Kate’s brother James has that one covered.  James’ site, The Cake Kit Company, offers cake-making supplies and a full step-by-step guide where “even the most amateur cook will be amazed at the professional results.”

April 29th will be a big day for the Middleton family – and party planners across the nation.  With royal wedding-fuelled festivities spreading around the world, it wouldn’t be surprising if their next big day was a Party Pieces IPO.  Hmm, perhaps Kate is still in the family business, after all?