Reading back over my last few posts, it just occurred to me that I’ve managed to fall into a very common trap when it comes to talking about weddings, which is: It’s been all about the bride. 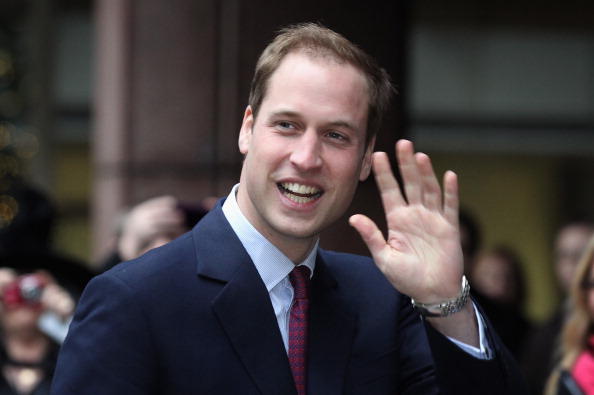 Reading back over my last few posts, it just occurred to me that I’ve managed to fall into a very common trap when it comes to talking about weddings, which is: It’s been all about the bride.

Yes, the sad truth about the royal wedding tradition (and most Western wedding traditions come to think of it) is that, after the proposal, grooms just don’t have a whole lot to do. Some like it that way. Others, dubbed “groomzillas” do their best to get involved, with occasional dramatic (read disastrous) results.

I’d bet my bottom dollar that William is the former.

At any rate, I think there are few things worth mentioning about the second in line to the throne in the lead up to his wedding day:

1. What he lacks in hair, he makes up for in heart:
People are saying that Harry is the “cute one” now that William, edging into his 30s, has begun to resemble his father. But I ask you, when did a marriage ever fall apart because a man lost his hair? A word to all aspiring princesses: Marrying a prince with matinee-idol looks can be a dangerous thing. Just look at what Charles got away with and he’s not exactly an oil painting.

2. Unlike most royal princes his age, he has endured real pain and loss:
British royals live strangely cosseted lives. They are, in some ways necessarily, buffered from the stresses and anxieties of normal civilian life. But when William lost his mother as an adolescent, he experienced grief that few of us mere mortals ever go through. That he has come out the other side so seemingly well-adjusted speaks well of his character.

3. He’s not likely to be King anytime soon:
Don’t believe all the rumours about Charles “stepping aside.” Inside sources say he’ll do no such thing. Same goes for the Queen. This means William and Kate will be a ripe old age before their lives will be completely circumscribed by royal protocol. All indications show they’re quite happy to wait.

4. He will make a great father:
His mother broke with royal tradition by being warm and hands-on, refusing to have her sons brought up only by nannies and governesses. He and Harry are said to be close with their father, who helped them cope after their mother’s death. Such good role models bode well for William’s parenting potential.

5. He seems determined to protect his new bride:
In their first televised interview on the day of the royal engagement announcement last fall, William held Kate’s hand and subtly coaxed her through the interview—a process with which he is now quite familiar. He even joked that part of the reason he’d waited so long to propose was to give her “a chance to get to know what it’s like to be part of my family—and to back out if she wanted to.” Although it was a joke, one can’t help suspecting it also contained a grain of truth. His mother complained publicly and often she felt isolated as a royal bride. William, it seems, is determined to give Kate a very different experience.