But if you want to avoid sweatpants season this year, or if you simply want to amuse yourself, check out some of the five kookiest tips experts are offering to avoid overeating this yuletide. 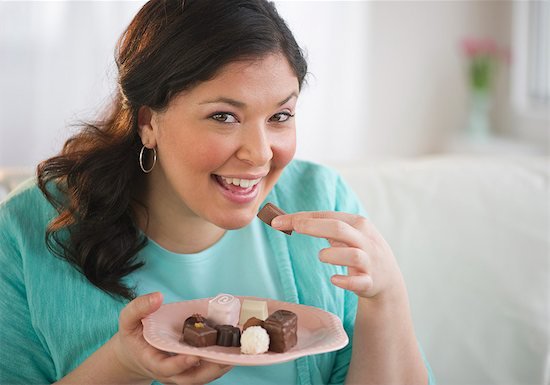 There’s so much food around us over the holidays that it’s inevitable we’re going to eat more than usual in the short-term. And we’re going to eat things we normally wouldn’t. For example, I garnished a slice of cheesecake with six Timbits yesterday at a holiday party. I don’t think this is a bad thing. I can think of worse situations than eating cheesecake and six Timbits…give me time, I’ll think of something worse.

If you want to avoid donning an extra layer under your gay apparel this season, however, or if you simply want to amuse yourself, check out some of the five kookiest tips experts are offering to avoid overeating this yuletide.

Eat on red plates
Eating your meal on a vibrantly coloured plate that contrasts against the colour of the food may help you eat 10 percent less, say researchers at the Cornell University Food & Brand Lab (via Rodale.com). The theory goes that when the colour of the food “blends in” with the plate we experience something known as the ‘Deboeuf illusion,’ i.e., we think there’s less food there. This ‘illusion’ may also explain why occasionally I’ve looked down to realize that I have indeed taken a bite out of my plate.

Don’t use paper plates
Another plate-related illusion: It seems when some people eat on paper plates (via Men’s Health) they file it under ‘just snacking’ and later indulge in a full meal, therefore amping up their caloric consumption and dooming themselves to an overwhelming sense of fullness and acute self-hatred.

Use a big fork
Want to eat less? Use a big fork. A study (via realage.com) conducted by researchers in Utah observed that people who ate their pasta with a bigger fork actually ate less than those who ate with a smaller fork. These big forkers showed greater control because they saw how much damage that big fork was doing when they looked down at their plates.

Finally there’s proof of what I’ve been saying privately for years: a shovel may double as a handy piece of silverware too.

Deface your meal
There’s no science behind this advice, just neurosis. But some advise making your food suddenly unappetizing (via lifescript.com) by throwing a used napkin on it or sticking dirty cutlery in it or spoiling it with water or excessive salt—whatever you need to do to stop eating all of it.

This is just wrong on so many levels—and I say this as a person who once fished a chocolate bar out of the trash. Folks, there has to be a better way.

Tighten your belt
Another anecdotal tip: Make yourself uncomfortable before you eat so that you don’t enjoy eating enough to continue beyond a certain point. Some ways to render your meal joyless and excruciating include wearing too-tight pants or tightening your belt a notch before you tuck into a meal.