When the hot temperatures start breaking city records, it’s time to close up the windows, turn off the lights and chill out with these “horror” flicks. 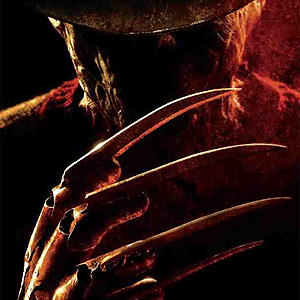 If you haven’t already melted away in this scorching heat, you could probably use an energy boost right about now. I would never (well, almost never) complain about the warm weather, but when the hot temperatures start breaking city records, it’s time to close up the windows, turn off the lights and find some spooky indoor entertainment. This weekend, it’s all about the campiest of the camp with these “horror” flicks.

This movie actually scared the heck out of me when I saw it the first time. (Don’t judge me, I was a kid!) Kevin Bacon and Reba McEntire star in this cheesy film where a small town’s citizens are trapped by giant, faceless mega-worms (or “suckoids”) that burst through the desert ground and eat people. Awesome.

Notable quotable: “This valley is just one long smorgasbord.”

One, two, Freddy’s comin’ for you… This Wes Craven horror was Johnny Depp’s first big movie role. I watched it with every expectation of being scared silly, but I couldn’t help laughing at a lot of the “scary” parts. Johnny is one of a group of teens on Elm St. who begin getting killed off in their sleep by Freddy Krueger, a horrible man seeking revenge on the children of the lynch mob that murdered him.

Notable Quotable: “Whatever you do, don’t fall asleep.”

Steven Spielberg actually directed this campy delight. Billy’s dad thinks he’s given his son the perfect Christmas gift: an adorable little Furby-like creature. But the new pet comes with three important rules: light will hurt him, water will clone him and food after midnight makes him… well, not-so-cute. After the second two rules are broken, the creatures run rampant through the charming little town and wreak hilarious havoc.

Notable quotable: “Check all the closets and cupboards, look under all the beds, ’cause you never can tell there just might be a gremlin in your house.”

If you’re really in the market for camp, pick up any horror movie starring Bruce Campbell – but start with this one. This was the first in a series of three films that moved closer and closer to the comedy genre. Ash (Campbell) and his friends head to a remote cabin in the woods where he discovers a recording that unleashes evil forces who possess his friends. (Some parts are actually kind of scary, but overall, it’s hard to take it too seriously. If it’s too much for you, grab the third comedic installment, Army of Darkness.)

Some of the very best campy flicks are from the ‘80s and early 90s (as already demonstrated above.) This gem sees Jennifer Aniston, pre-Friends, as Tory, an unsuspecting girl who moves to a new home with her father only to discover something monstrous lurking in the old basement. Turns out it’s an evil leprechaun who’s traveled from Ireland to seek a pot of gold that was stolen from him by the home’s previous owner. This ain’t a Lucky Charms commercial (but it’s more amusing!)

Notable quotable: “Try as they will, and try as they might, who steals me gold won’t live through the night.”