I’ve been told I’m resilient, and I’ve come to dislike that word. I’m not sure I want to be praised for surviving a system that actively worked against me. 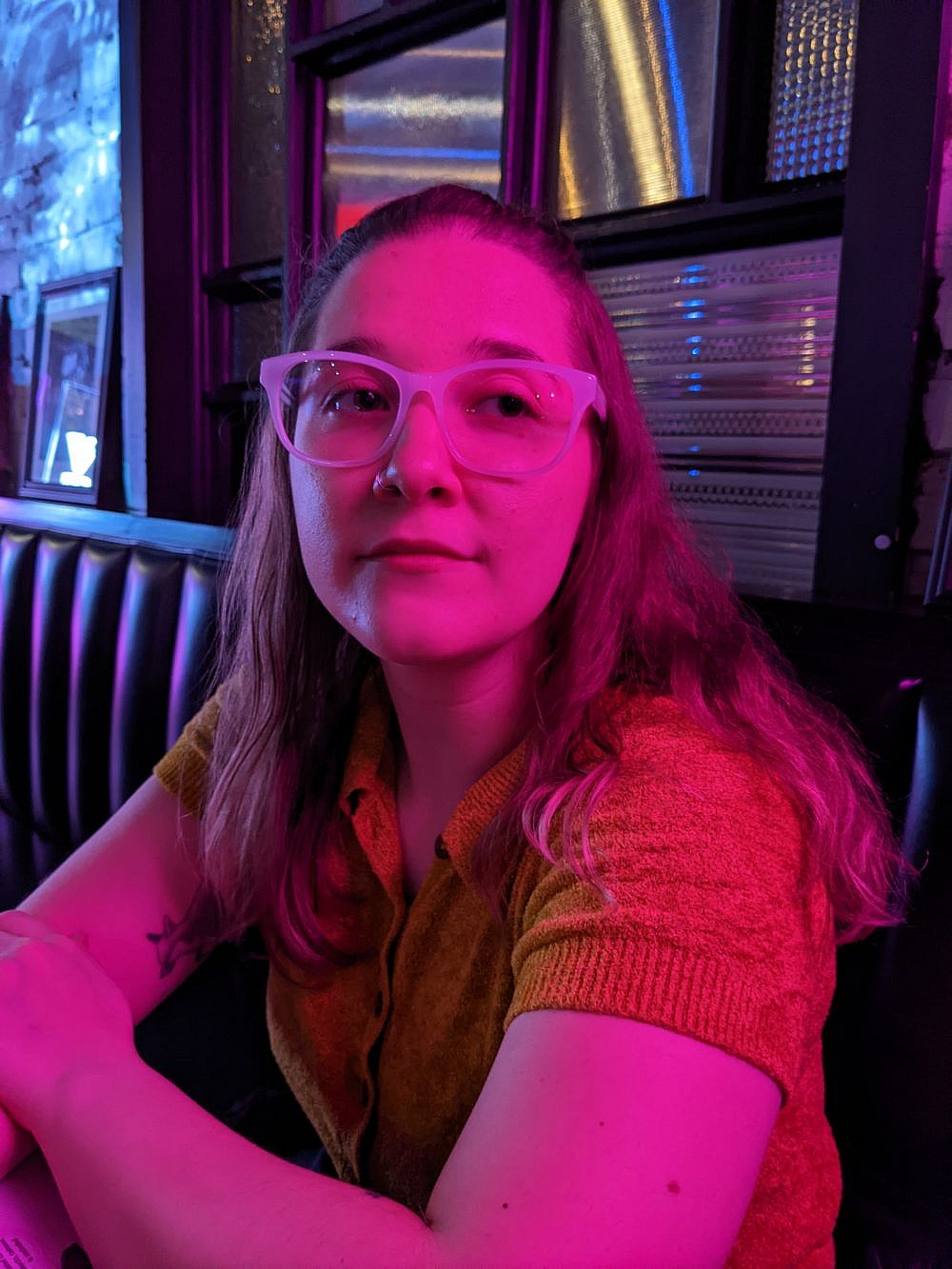 This wasn’t how my life was supposed to go, I thought. It was the winter of 2010, I had been having pain in my lower back and pelvic area for a few months, and while on a bus I experienced pain so intense my mind turned to TV static. I had university essays to write and a scholarship—one of my sole sources of income—to maintain, and here I was at the hospital, about to have several naval-orange-sized cysts removed from my ovaries.

It was supposed to be a routine surgery: remove the cysts, alleviate pain, and confirm a diagnosis. I looked forward to it, the way the undiagnosed and suffering want confirmation of their bodily knowledge. At 20, it felt like a betrayal to have your body fail you.

It was my birthday month, the dead of winter, and I woke early to arrive for my surgery. I was scared, but I trusted the doctors. When I woke up in the recovery room and breathing felt difficult, the nurses said it was the CO2 gas that built up during surgery escaping my body, that my shoulders may ache too. I didn’t know how I should feel, so I trusted what they said. I went home and slept.

Hours later, I awoke, almost unable to breathe. I went back to the emergency room, my new hangout, and was told again that it was the CO2 gas and sent on my way with a prescription for morphine. Minutes after arriving at the 24-hour pharmacy with my prescription, I collapsed. A poor kid named Justin, who probably just wanted to hide down an aisle until his shift was over, cradled my head until the ambulance arrived.

I was calm when the doctors told me I had internal bleeding because I knew something was really wrong. After some tense conversation, I was taken for a second, and this time emergency surgery. Since the doctors didn’t know what had caused the bleeding and there was still blood in between my organs, I was hospitalized for two weeks. I still wonder what would have happened if I had stayed at home in bed and didn’t go back to the hospital.

This was the true beginning of my health struggles—not just the pain, but the issues, like joint pain and swelling, constant pelvic pain, and deteriorating mental health, that would surface after this surgery. While hospitalized I did my best to keep up with my studies. It was supposed to be my final year of a four-year English and history degree. I wrote essays from my hospital bed, and when I was finally released, I navigated an inaccessible campus on crutches as my joints swelled. None of these were the typical symptoms of a laparoscopic procedure to remove cysts from ovaries. The doctors couldn’t tell me why my knees were swelling, or why the bones in my hips, fingers, and arms felt like they were vibrating with near-constant pain. I was referred to specialists and went for body scans, bloodwork, and what seemed like every medical test imaginable. Since I lived on a scholarship and student loans, I had no choice but to stay in school. Eventually a friend escorted me to the emergency room when I became so depressed I couldn’t move or speak. After weeks of meeting a psychiatrist he diagnosed me with bipolar disorder and I began medication to manage it. My family didn’t have the means to help me, in any way, and with mounting health issues, I couldn’t work.

As the semester progressed I had to take taxis to and from campus. Walking the two blocks to get to the bus stop wasn’t possible on crutches. The painkillers I was on made me nauseous and uncoordinated. I was fortunate to have the support of one of my professors,. She waited for me to crutch down five flights of stairs in my apartment building and drove me to my classes several times a week. Unfortunately, her generosity and concern were the exceptions to the rule. Despite having accommodations, like extra time for assignments, I was forced over and over again to explain why I needed the accommodations, and professors and university staff lectured me on my time management skills. The emotional labour involved with navigating school became too much, and just over a year after my surgeries, I stopped going to classes. I didn’t formally withdraw—I just stopped going, and failed two courses of the five I was enrolled in. I couldn’t face professors who didn’t care or understand the severity of my health concerns. Navigating bipolar disorder and my compromised physical state made it easier to just give up, after all, it felt like the university had given up on me, and after fighting this long I was exhausted. I wanted to succeed. I was the first in my family to go to university. After leaving home at 18 because of the familial instability that shadowed my childhood, I knew there was nowhere else for me to go.

After leaving school in early 2011, my income dropped off. I applied for the Ontario Disability Support Program (ODSP), and after a long wait time and a very invasive application process, I was living on social assistance. From my bed, I wrote a lot of sad poems and some funny ones that eventually became my first book, Slow States of Collapse. After nearly a decade of learning to live with my disabilities, and after admitting to myself I was, in fact, disabled, I thought, if I could write a book from bed, why couldn’t I finish my degree from bed too?

I started my undergraduate degree in 2007, the same year I first owned a computer. I had one full year credit to finish and over $1800 in tuition to pay. In 2020, after spending nearly a decade surviving on ODSP and learning to live and care for my body, the pandemic made the world more accessible. Suddenly the whole world shifted, and remote options that so many had been requesting for years were available. I was able to return to university from the comfort of my home and finish my degree. The final course I needed to take to finish my degree was supposed to be in person, but because of COVID, I was able to take it virtually.

Despite not having to step foot on campus, I found not a lot has changed since my initial stint in undergrad. Again, even though I had accommodations for extra time, I still had to push for what I was allowed with my professor. She told me to “work with my grain, not against it,” implying my time management skills were to blame and not my disabilities.

As a writer, I had honed my research and writing skills so returning to the actual work was easy. All my classmates were so young and idealistic. During our introductions, at the beginning of the first class, they all spoke of their plans post university and I felt a twinge of jealousy that I never got the same chance to be excited about my future at their age. I felt old but settled. I knew myself in ways they had yet to discover themselves. My body is not strong, but the core of my being is solid.

The same month I finished my final course credit I also went off of ODSP. I’m still disabled and still struggle physically and mentally, but over the last two years I have been the healthiest I’ve been since I was a teenager. I can work and write. It was scary to make the decision to end my support because there’s a very real possibility that I will have a relapse in the future and again it will be impossible for me to work outside of my home. On a sunny day in August of 2021 I found a cardboard tube wedged in my mailbox. Over the kitchen counter my partner filmed me opening it. Over his congratulations you can hear me say, “oh my god, it’s done.”

I’ve been told I’m resilient, and I’ve come to dislike that word. I’m not sure I want to be praised for surviving a system that actively worked against me. Instead, we should be examining how effective the systems set up to help people at their most vulnerable actually are.

At this point in my life, I’ve been able to get by pretty well without a degree. I can’t think of a single time that someone asked me where I went to school, or to see that very expensive piece of paper. Earning this degree was for me. I went back and finished to prove that, given the right resources and support, I can succeed. I hold compassion for the other life I didn’t get to live, where I’m healthy and pain-free, but I didn’t get that one. I pick myself up again and again and keep reaching for what I want in this one big precious life I do have.