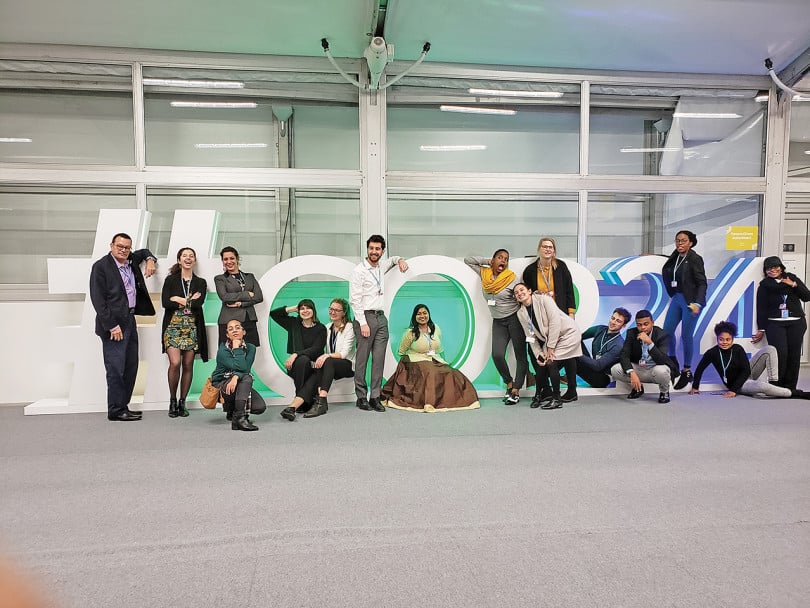 Ana Gonzalez Guerrero and Dominique Souris met as students at the University of Waterloo and became energized by grassroots environmental projects and UN climate meetings with student delegations. Together, they launched Youth Climate Lab, an organization that helps young people around the world pilot environmental projects with governments and businesses and brokers relationships between the boomers and Gen-Xers who are often directing climate policy and the millennials who will be affected by it.

So far, they’ve tested 10 projects and joined two court cases in Saskatchewan and Ontario that argued for the constitutional right to price carbon. “We want to prepare young people for a future where work will be impacted by climate and business models,” Guerrero says. “We need to create the jobs and the economy that will engage with climate realities.” The Climate Lab has consulted on youth environmental projects in the Seychelles and recently worked with the United Arab Emirates to host a dialogue series between young activists and government ministers. In Canada, it partnered with Student Energy and the Global Green Growth Institute on Greenpreneurs, a 10-week accelerator program for early-stage green start-ups. Their goal isn’t to engage young people in climate change—millennials are already involved—but to empower them to do something about it. “There’s a huge sense of urgency,” Souris says. “We need ambitious targets, and government can’t do it alone.”