Here’s What Winter Weather Will Look Like Across Canada This Year, According To The Farmer's Almanac

Winter is right around the corner and it's better to be prepared for what's coming than to be caught off guard. Here’s what the trusty Old Farmer’s Almanac predicts for your region in 2019. 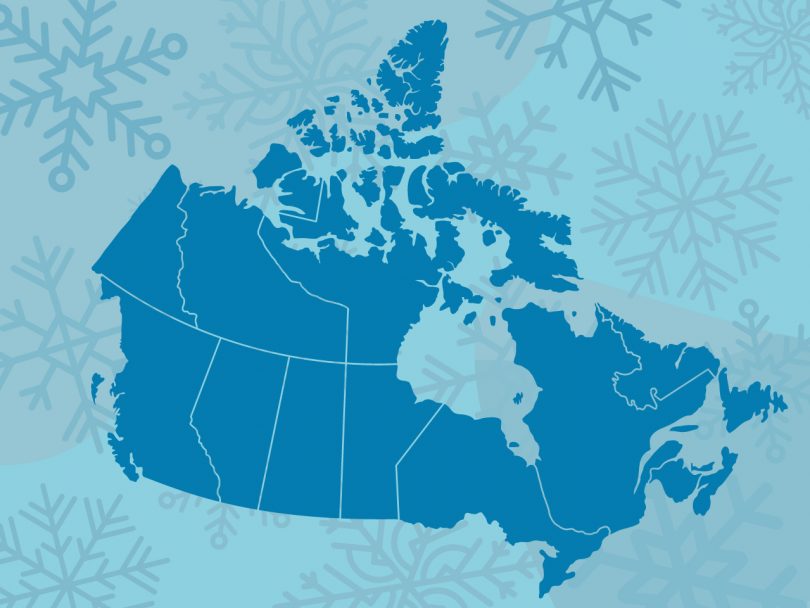 For centuries, people have trusted their Old Farmer’s Almanac for insight on what kind of weather to expect in upcoming seasons. The annual guide uses the same prediction formula that founder Robert B. Thomas created in 1792, which consists of comparing “solar patterns and historical weather conditions with current solar activity.” But they’ve also refined their formula over the years through the use of technology and statistics curated by the U.S. National Oceanic and Atmospheric Administration and Environment Canada — and last year they claim to have been 79 percent accurate (very close to their historical accuracy rate of 80 percent).

Here’s what the 2019 Farmer’s Almanac Canada edition says about the winter weather ahead: 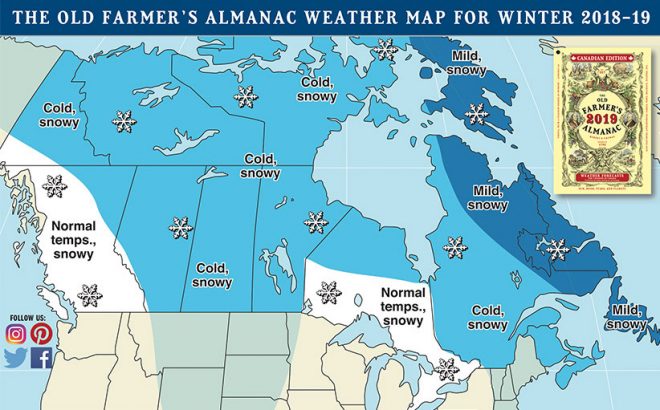 Get your boots ready, you have a snowy, but mild, winter ahead. Expect above-normal amounts of snow in the southwest areas (Nova Scotia, New Brunswick and  Prince Edward Island), and slightly below-normal amounts in the northwest (Newfoundland and Labrador, Northeastern Quebec). Your coolest temps will hit in late December and early-mid January and February, and April and May will also be cooler than usual. 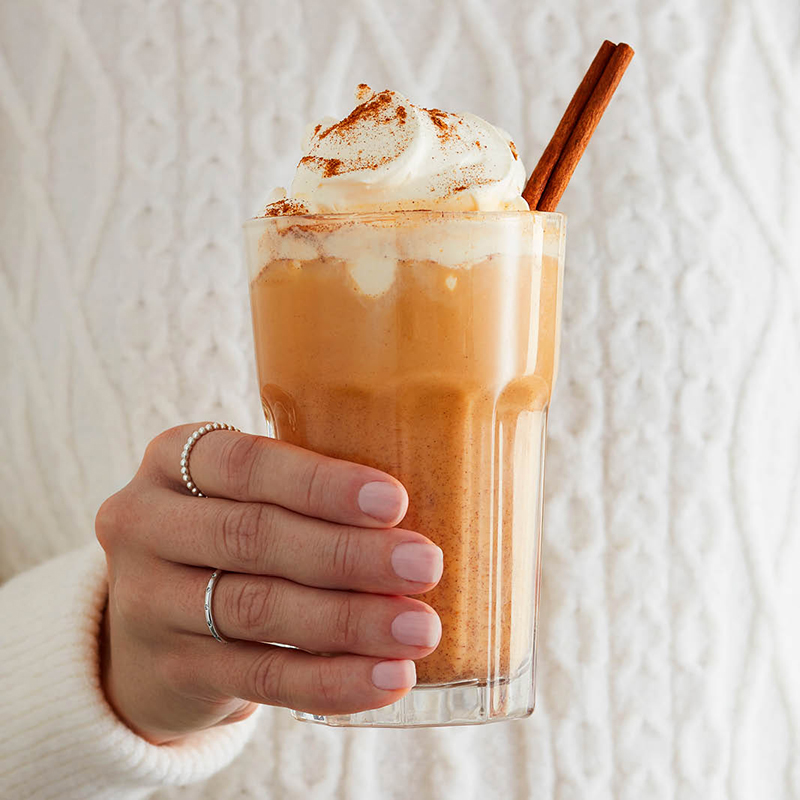 Expect a cooler and snowier winter, with the coldest periods stretching from early winter into the first beginning of February. The snowiest periods will take place in early December, and from the end of February until March. Sorry in advance!

This winter will see average temperatures, but there will be slightly above-normal precipitation and snowfall. The coldest periods will be mid and late December, early and late January, and early February, with the heaviest snowfall periods in early December, mid-February, and early-to-mid-March. (Also, you may want to get mentally ready for the cooler and rainier summer predicted next year.)

We don’t want to be the ones to break the news, but this winter will likely be colder, with more precipitation and snowfall. Be ready for colder temps in mid to late-December and January, and extra snow throughout mid-December, in January, in late February, then up until mid-to late April.  Maybe consider a 4-month getaway?

You’re in for a pretty mild winter when it comes to temperature, but expect a slightly above-normal precipitation and snowfall. But good news, the snow won’t fully kick in until early January, your coldest periods will take place in late December until late February. Also, be ready for a cooler and rainier April and May.

This upcoming winter will be colder than normal with above-normal precipitation and snowfall for the entire season. April and May will also be cooler and rainier than usual with an average amount of snowfall.

Just like their neighbours to the West, Yukon’s in for a colder than normal winter with above-normal precipitation and snowfall. The coldest periods will start in early December and last until early March, while the snow will start to fall heavily in November and last until March (and still lightly continue until May). Thankfully, the summer is predicted to be warmer (and rainier) than normal. 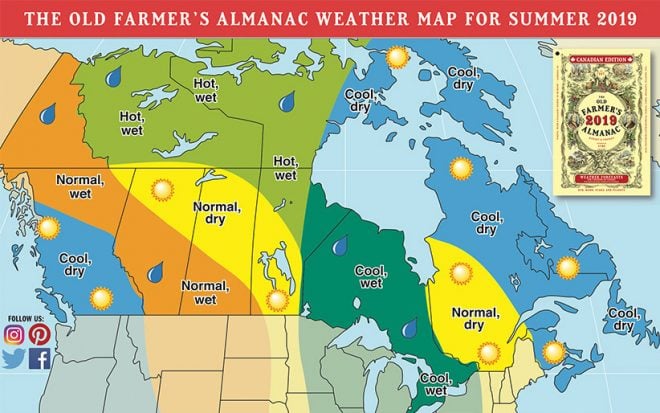