How To Handle Family Pressure To Get Together Over The Holidays

We spoke to several women who are feeling pressure from families to gather for the holidays against public health advice—and to a psychotherapist with some thoughts on what to do about it. 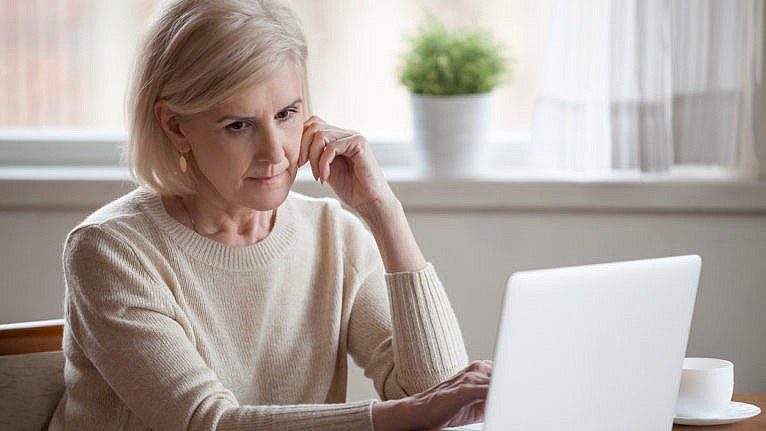 It’s hard to be pregnant, dealing with the drawn-out uncertainty of COVID, and facing down a holiday season that looks totally different than years past. Put those together, and it’s an emotional shit storm. “For the first time during the pandemic, I view myself as high-risk,” says a rural Southern Ontario mom in this position, whom we are calling Marissa in this article.

Ontario’s official guidelines for the holidays differ by region, and contain internal conflicts that make them difficult to follow. All residents are advised to limit close contact to people they live with, yet indoor gatherings remain allowed at all levels except the grey “lockdown” category. Those who do have indoor gatherings are advised to “arrange seating in advance to make sure household groups keep two meters apart at all times.”

Marissa recently gave her extended family the good news—about her pregnancy—followed by the bad news: she wouldn’t be hosting everyone for Christmas this year. Then things got heated.

Members of her partner’s family accused her of being too uptight about COVID, and alternately, of using the pandemic as an excuse not to see them. Her sister-in-law accused her of ruining Christmas. “It was all about how she feels Christmas needs to happen. I’m a people-pleaser, I always host and fulfill everyone’s needs. I took a lot of offence to her not caring what I wanted for us this year.” Marissa says her partner has acknowledged that his family seems to be focusing the blame on her, even though it was a mutual decision, and has since spoken to his family about how they’ve made Marissa feel. His extended family has since decided to get together without them.

Marissa has been wracked by stress and guilt about causing a family rift ever since, and she is not alone. Several women, whose names we’ve agreed to withhold so they would speak freely about their situations, say they’re feeling pressure to gather for the holidays against public health advice, and it’s causing them distress.

“I cried for three days after that,” she said. “I didn’t realize things could be more lonely than they already were.”

Another woman, whom we are calling Rachel, who lives alone in Toronto, described guilt at saying no to several family members who wanted her to spend Christmas in Vancouver and Calgary. Rachel is 28, and it’s her first Christmas away from Vancouver since moving to Toronto in early 2020 for a job in the gaming industry. She says that in Filipino culture, it’s particularly rude to say no to your elders.

“The idea of a hierarchy in the family is cultural,” she told Chatelaine. “I want to show respect to my elders. [My decision to stay in Toronto] doesn’t mean I love them less.”

She says her mom seems especially focused on seeing her, and is applying the most pressure—possibly due to lockdown-related loneliness. “My family just wants us to be safe but at the same time they want us to be together. In my view, you can’t have both right now.”

With two sides of her family in Vancouver for the holidays, and a parent in Calgary, there would be a lot of expected visits if she were to head west. With the travel required and at least one two-week quarantine, she says she’d barely be left with much visiting time anyway. Further, she suspects some of her family members may not be limiting their contacts as much as she’d like.

Psychotherapist Jodee McCaw, whose website describes her work as “talk(ing) to people who are sad about how they can be happier,” says it can be almost impossible to negotiate this situation with someone who has a different outlook if both parties focus on facts. For example, if someone says they don’t want to gather because it’s not safe, it’s easy to get into an argument if the other person perceives the risk differently. Instead, McCaw suggests framing the discussion around feelings.

“There is a world of difference in how you’re going to react if I say ‘I feel scared to make this journey’ versus ‘It’s not safe to make this journey,’” said McCaw, who lives and practices in Toronto. “When I can talk about how I feel, that goes down a lot easier because I’m not telling you you’re wrong. I’m saying you and I feel differently. It’s much easier for people to accept.”

McCaw says often, people think they’re being encouraging when they apply this kind of pressure around family gatherings, but don’t realize how much stress it is causing. Telling them how guilty or bad it’s making you feel can encourage them to back off. If that doesn’t work, it’s OK to ignore the family member in question for a while if staying in touch just leads to more arguing, she says. “It’s far better for me to stop taking their calls than let them do something that means I am not interested in being in the same room as them again.”

She also notes that because this situation is new, everyone is still learning how to best negotiate differences in perspective.

“There’s no clear set of rules that everyone agrees on, and also we have not been [social distancing] for very long so we don’t have a lot of practice,” she says. “If a friend of mine has trouble showing up at the coffee shop at the exact time we specify, I’ve had years to get used to that.”

McCaw also notes we often have had more practice accommodating our friends and partners than our family members. “Even if I am cheesed off at my partner for not accommodating me in this moment, I can remember months ago when she did. Family interactions are fewer and more symbolic.”

Fortunately, McCaw thinks it’s unlikely that declining a holiday gathering this year could end a relationship for good. “It feels really big in the moment, but if family members are that unreasonable [that they are mad about it], you can probably think back to other times they were unreasonable and nothing broke… Life is long, family is long and COVID is going to end. Next Christmas we’ll all get to do whatever the hell we want.”

Next Christmas seems a long way off for Kira, a retired London, Ont. grandma who is pining for her baby granddaughter. She was holding out hope that all three of her grown children, all of whom live outside the city, could somehow come home, and had put off having a conversation about everyone’s expectations. But once she started thinking about the details, required quarantines and the extended-family bubbles she would be exposed to, she realized she needed a plan.

“I was hesitating and delaying and not doing it. We didn’t want to tell them what to do, to say, ‘Hey, don’t come,’” she said, noting one of her children’s partners is from a large family that continued to gather during the pandemic. “With the kids being adults, they’re very definitive in their needs and wants. If one of them said to me, ‘Of course we’re all going to come home,’ I would feel extreme pressure because we’d be going outside our comfort zone.”

In the end, she decided her sister and one daughter—minus her partner—would come over after a two-week quarantine. While the rest of the family was disappointed, there were no fights, and she realized much of the pressure she’d felt was internal.

“It was stressful, but now I feel a huge sense of relief now that it’s sorted.”