Why we need to bring back the family photo album

When your children want to look back on their past, will they have to flip through your old computer to do it? 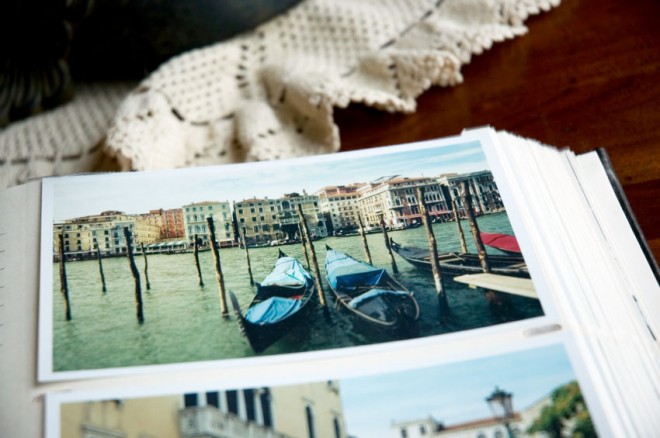 Keep your photos in an album, not on a phone to share with family and friends (Photo by Istock).

When I was little one of my favourite pastimes was to snoop. My parents’ and my grandparents’ homes — their dresser drawers and closets, in particular — were my main targets. I don’t know what I was searching for, I just know that I wanted to find something fascinating.

Some coins, a few letters, but mostly I found photos, some in an old box or arranged in an album. My grandmother had a very old one she’d inherited from her grandmother that I liked best. The jacket was wrapped in burgundy velvet and inside its thick black pages were sepia-toned plates and black and white photos of relatives who had lived and died long before me.

No matter how many times I looked through those albums I never tired of the photos. Often my mother or my grandmother would patiently explain to me who the people depicted were and my relationship to them. The photos would elicit an anecdote too — the relating of some significant or family ritual, celebration, tragedy or disaster.

When I got older, I snuck back into my mother’s albums and liberated a few of my favourite photos. Most were of me (egotist!), my parents when they were young and some much-loved family pets.

There was something about those pictures that made me want to keep them for myself. They felt precious and valuable, as if they needed special care. I think that’s a fairly common practice. In my experience, some of the most heated family debates centre on who has what photo albums or photos and why. In cases of divorce, custody of these artifacts is even more contentious.

But now that digital cameras have replaced film and smart phones have nearly made digital cameras obsolete, the family album is in danger of extinction, if not already lost to time. I keep telling myself to print off my vast store of digital pictures and make an album but somehow I never get around to it.

A recent feature in Time magazine, that touched on the cultural significance of the family album and its increasing disappearance from our lives, has made me think I’d better make some time to do what I’ve been meaning to do for so long. And not just for me but for my son, who if he’s anything like me, will derive some secret comfort from handling actual photos of his mother and father when they were young and of his grandparents, aunts and uncles.

You can’t keep a beloved jpeg in a drawer after all, or affectionately thumb a hard drive in quite the same way. And while the loss of the family photo album can hardly be considered a tragedy, I can’t help but feel that it’s a bit of a shame.

Do you still print out photos after you take them and make albums? Tell us in the comment section below.