Every woman has a real body, even Victoria's Secret models 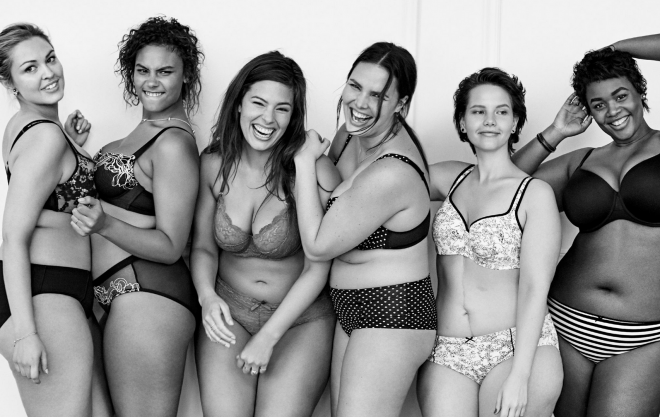 In early April, American plus-size fashion retailer Lane Bryant rolled out its inaugural contribution to the hashtag-marketing fad. In the 30-second spot entitled “#IMNOANGEL,” (an obvious jab at Victoria’s Secret models), six voluptuous models can be seen mugging in lingerie, waxing proudly about their bodacious curves. The brand’s website reads like a supportive girlfriend: “Confident. Sexy. Connected. Show us what you love about YOU, ladies.”

On the surface, #IMNOANGEL seems like an empowering antithesis to the sculpted, edamame-eating Alessandra Ambrosios of the world. But for all of its plus-sized positivity, Lane Bryant’s message wasn’t that beauty comes in all shapes and sizes. It was “Curvy women are real; skinny women are not.” And also: “Buy our underwear.”

I’ve always found the concept of “real” bodies to be patently ridiculous: unless you’re a ghost or a cyborg, I’m pretty sure you qualify as a reality-based life form. I’m not saying the current media landscape doesn’t need a healthier dose of realistic Rubenesque figures — it does — but being a real woman doesn’t stop there. Real women have curves. And others don’t. Real women also have breast implants, spend numerous hours sweating it out in spin class and model in lingerie catalogs. If this Lane Bryant campaign is to be believed, you’re only a card-carrying real woman if you’ve got ample T&A to back it up. What about flat-chested women? Women with bony butts? Transgendered women? Women who’ve had Botox? Women with disabilities? Women “of a certain age”? Where do we draw the line between real and … not?

For beauty and fashion brands, the road to healthy profit margins is paved with our hang-ups: wrinkles, squishy thighs, dressing the part. #IMNOANGEL goes a step further by explicitly pitting two camps against each other. It’s the classic Us vs. Them tactic of women’s marketing — by throwing shade at Victoria’s Secret models, Lane Bryant is playing into tired, catty stereotypes, deeming skinny women somehow less-than (all jokes aside). But can’t we appreciate the chesty size 2s on the Victoria’s Secret runway as well as size 20s — and everything in between?

Some view #IMNOANGEL as a harbinger of a more inclusive women’s media, and body-positivity does seem to be on the upswing. Recently, France moved to ban severely underweight models from catwalks and advertisements. A group of Australian fashionistas started #droptheplus, an online campaign to banish the term “plus-size” from the modelling industry. But the invocation of real bodies and real beauty by advertisers is garden-variety body-shaming — just with more progressive packaging. Because the truth is whether you’re skinny or plus-sized or short or riddled with cellulite and rolls and weird moles, you are real. You just are.

FILED UNDER: body image plus size