A TV Lover's Guide To Watching The Winter Olympics

What to watch — and how to tune in — when athletes compete at the Games in Pyeongchang. 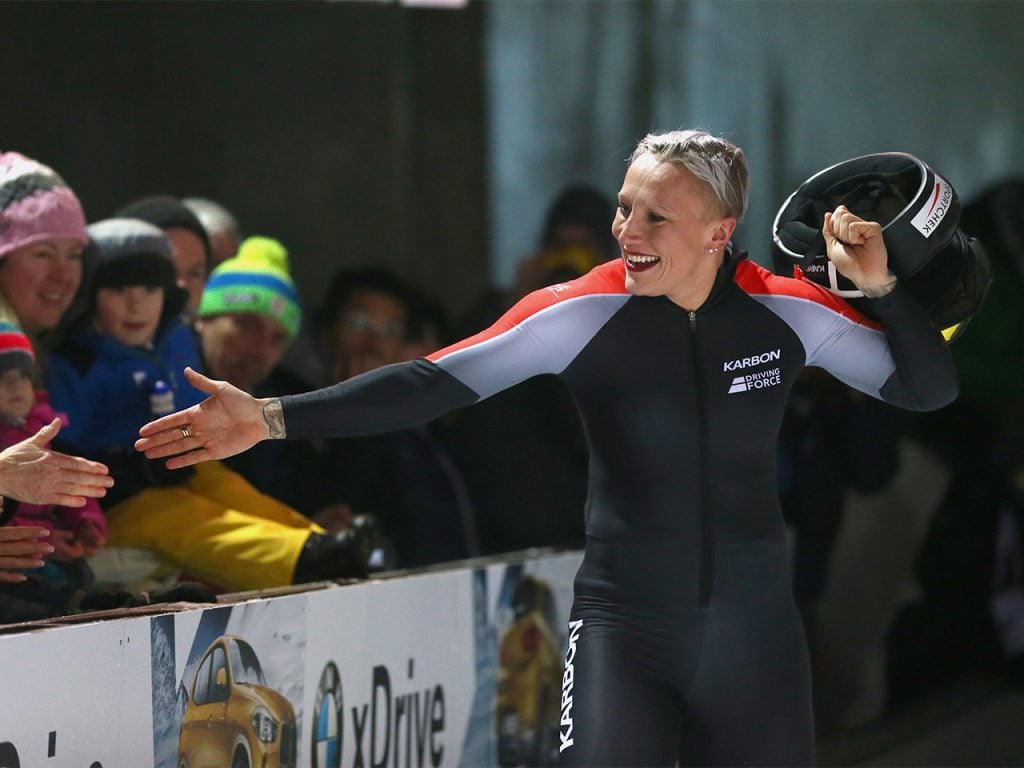 Whether you’re in the mood for a heartwarming drama, a feel-good comedy or a cathartic sobfest, the Winter Olympics offer a bounty of intriguing storylines on par with the best scripted TV.

This year’s Games, in Pyeongchang, South Korea, should be no exception. Set against a backdrop of growing tension over North Korea’s nuclear weapons and missile programs — South Korea’s heavily sanctioned neighbour even planned a military parade on the eve of the Opening Ceremony — these Olympics feature everything from a suspended Russian Olympic Committee to concerns about drug-test tampering to a men’s hockey competition absent any NHL players. There are also four new events to take in: mixed doubles curling, mass-start speedskating, big-air snowboarding and alpine team skiing, an event in which mixed-gender teams race through giant slalom gates in a head-to-head competition.

The Games officially run from Feb. 9 to 25 (though competition actually begins on Feb. 8). South Korea is 14 hours ahead of Eastern Time, so depending on where you live, you may need to set an early alarm for some of the competitions slated to take place in the evening in Pyeongchang. (Find a full schedule of events here.)

In Canada, viewers can tune in via the CBC, which promises “live broadcasts from every venue and coverage of every medal-winning moment throughout the Games.” The network will air morning Olympic coverage every day from 6 a.m.–12 p.m. ET, and prime-time coverage every evening from 7 p.m.—2 a.m. ET. Overnight coverage runs daily from 2 a.m.–6 a.m. ET.

Short-track speed skating is delightfully unpredictable — which makes for thrilling TV. For example: At the 2002 Olympics in Salt Lake City, Australian skater Steven Bradbury won an unexpected gold medal in the 1,000-metre short-track race after every other competitor crashed, and he was the only man left standing.

In Pyeongchang, a strong Canadian team will be led by longtime couple Marianne St-Gelais and Charles Hamelin. After a disappointing individual performance in Sochi four years ago, St-Gelais is back for another shot at the podium. She has three Olympic silver medals under her belt, one of them from a solo race: the 500-metre race at the 2010 Games in Vancouver.

On the men’s side, Hamelin will try to become the first Canadian ever to win three individual Olympic gold medals. In his first event of the Games, the 33-year-old will attempt to defend the gold he won in Sochi in the 1,500-m race.

This year’s tournament features a display of unity, as South Korea and North Korea field a joint women’s hockey team — a symbolic gesture given the increasingly frayed relations between the two nations.

There’ll be no unity between the Canadians and Americans, though. In Sochi, the Canadian team pulled off a stunning comeback win in overtime to take home the gold, breaking the hearts of their archrival. Marie-Philip Poulin scored the gold-medal game-winner — as she did in Vancouver in 2010 — and she’s back this year as captain of the Canadian squad as they go for gold once again. Team USA, though, will be hell-bent on revenge.

In Canada’s first game of the tournament, on Feb. 11, they’ll face off against a Russian contingent competing under the Olympic flag (the Russian Olympic Committee was banned because of “systemic manipulation of the anti-doping system”).

After suffering a near-fatal snowboard crash in the B.C. backcountry last March, Mark McMorris will compete in his second Olympics. The 24-year-old, who won a bronze medal in Sochi, is a podium favourite in slopestyle — in which boarders must navigate a downhill course peppered with obstacles — and Big Air, a new event in which athletes hurl themselves down a steep ramp and perform a series of flips and twists in mid-air.

Curling TV ratings continue to soar in Canada, and it’s no wonder — Canada is a curling powerhouse. This year, Rachel Homan, one of the country’s brightest curling talents, will get a shot at an important piece of hardware missing from her collection. The 28-year-old will skip the Canadian women’s team in her first-ever Olympic appearance.

Team Canada’s competition kicks off Feb. 15 when they take on South Korea and Sweden in the round robin.

There’s been a lot of boo-hooing over the lack of NHL players at this year’s men’s hockey tournament (after the league refused to allow athletes to compete). Sure, the game’s biggest stars won’t be there, but the scruffy underdogs and old-timers who would otherwise not have earned a spot on Team Canada will give you all the more reason to cheer. Take, for example, the story of Wojtek Wolksi, who suffered a broken neck in a freak on-ice accident in late 2016 and and figured his hockey career was over. After a lengthy recovery, the 31-year-old former NHLer was named to an Olympic roster for the first time last month.

The Canadian men take the ice for their first game on Feb. 15, facing off against Switzerland. The gold-medal game will mark the final event of the Games on Feb. 25. 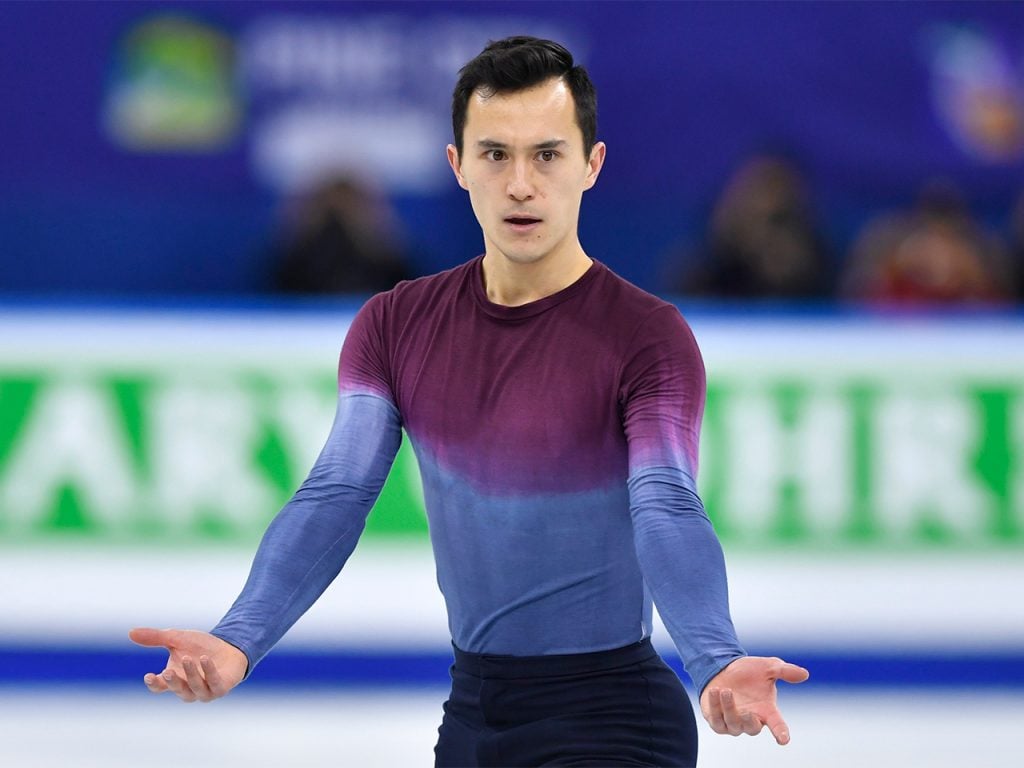 Part of the Games’ dramatic appeal comes from the unnervingly high stakes — with so much pressure, gold-medal favourites sometimes fall heartbreakingly short of reaching their potential. Such was Patrick Chan’s fate in 2014. The 10-time Canadian national champion and three-time world champion took home an Olympic silver medal in Sochi, despite expectations of gold.

Now 27, Chan is no longer a medal favourite. But he’ll attempt to pull off something unexpected in his final competition before retiring after Pyeongchang — and because it’s the Olympics, anything is possible.

After capturing gold — and the hearts of Canadians — at the 2010 Games in Vancouver, Tessa Virtue and Scott Moir fell short in their bid to defend their title in Sochi (they lost out to Americans Meryl Davis and Charlie White).

Now, after a two-year competitive hiatus, Virtue and Moir are back with unfinished business — and once again, they’re favoured to take home gold.

The ice dance competition starts on Feb. 19 and wraps up on Feb. 20.

Two-time Olympic gold medallist Kaillie Humphries will go for her third gold in Pyeongchang, this time with a new brakeman.  The same competition will feature Nigeria’s Seun Adigun, Ngozi Onwumere and Akuoma Omeoga, the first African team to compete in bobsled at the Olympics. This one’s a must-watch.

The competition starts on Feb. 20 and concludes on Feb. 21. 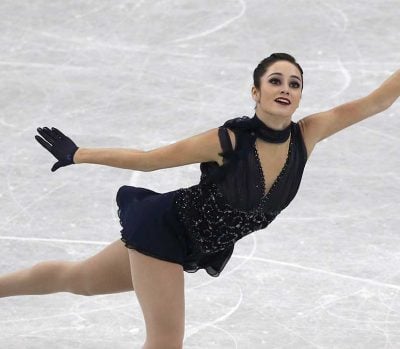 There’s nothing quite as compelling as a miraculous comeback, so Canadians will be keen to see how Marielle Thompson’s story plays out. The reigning Olympic champion in ski cross — a timed event in which skiers race down a course that features banks, jumps, rollers and turns — crashed in training last October, suffering a ruptured ACL and MCL, but the 25-year-old was named to the Olympic squad late last month.

A new event, the mass start in speedskating is a chaotic 16-lap race around a 400-m track in which all skaters start simultaneously — think of it like a short-track race on a long-track oval.  Canadian Ivanie Blondin is always a medal threat in the race; the 27-year-old Ottawa native was crowned the women’s mass start world champion in 2016.

Both the men’s and women’s mass start competitions take place on Feb. 24.