5 Reasons Why You Should Watch Yellowjackets

Centred on female characters who survive a plane crash in the Canadian wilderness, Showtime's new horror-drama will keep you guessing. 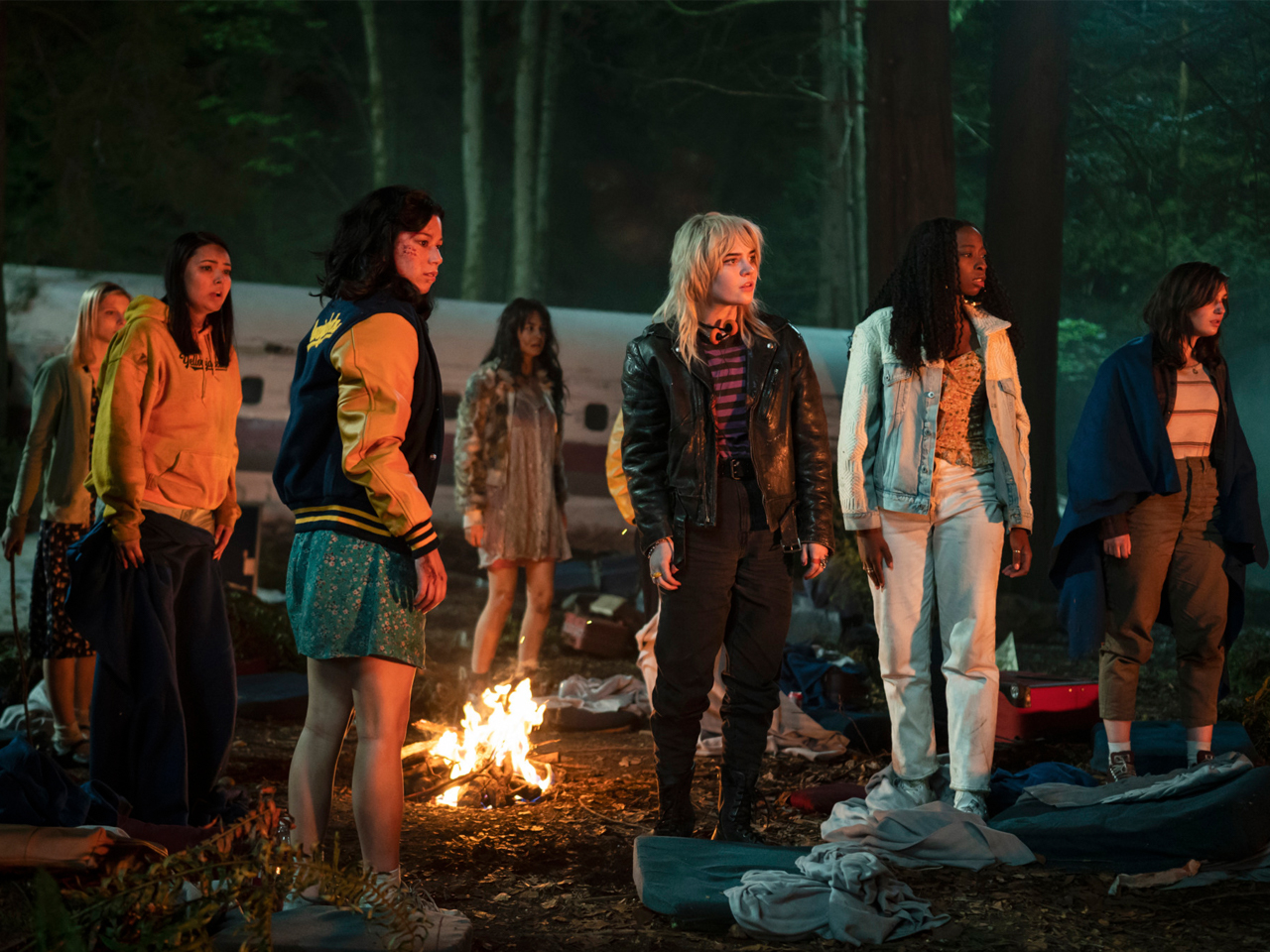 The Showtime horror-drama Yellowjackets may be a highly entertaining survival story with an over-the-top plot, but its existential crises are also oddly resonant with isolation-sick viewers struggling to cope with the many disasters, both cosmic and domestic, that mark the current moment. Teenagers trying to survive disaster, periods that arrive at the worst possible moment, middle-aged women on the verge of collapse, and the relentless agony of figuring out what to make for dinner. Which brings me to the question: What the hell am I going to make for dinner tonight?

To figure out what really happened in the wilderness

Yellowjackets tells two stories separated by 25 years. The first is set in 1996 and centres on a girls’ high school soccer team from New Jersey whose chartered plane goes down in the Canadian wilderness. Stranded, and with winter coming, the teens must find a way to survive the situation—and one another. The second story is set 25 years later and centres on how the middle-aged survivors of the crash are still coping with the fallout from The Things They Did In the Wilderness to Survive. The first episode’s gory opening sequence suggests one of the girls was trapped, killed and eaten by her teammates, and as a result, the remaining nine episodes are propelled by mystery. What really happened? Who was dinner, how did it happen and why? Answering these questions forms the foundation of the series’ dramatic interest. But it is the complex bonds that exist between the girls and women—the dramatic friction their differences create—that is the real meat of the tale.

It puts a fresh spin on an old story

A lot of dramatic ingredients go into Yellowjackets’ savoury mix. The series combines the genres of horror, comedy and drama, and pursues many of the ideas churning away in the classic novel, Lord of the Flies. But it also piggybacks off the enduring appeal of the real-life survival story of an amateur Uruguayan rugby team whose plane crashed in the Andes in the 1970s and who had to resort to cannibalism to survive. It is that story, which was made into the 1993 film Alive, that continues to compel public imagination, mainly because it asks us to consider who and what we are when pressure is applied. Audiences are accustomed to seeing male dramas tackle this moral conundrum. Yellowjackets upends the myth of the helpless and hapless woman awaiting rescue and supplants it with a more primitive reality—when personal survival, physical or psychological, is at stake, women and girls dig into the nasty business of staying alive, too.

This show is not your standard TV drama sausage party where women and girls are mostly adjacent to the main action and where the titles of “wife,” “girlfriend” and “mother” are considered sufficient characterization. To borrow a phrase from one of the series’ token male characters, Yellowjackets is a “clambake.” The menu change is welcome.

The show is primarily focused on the inner lives of five central female characters: Shauna, Natalie, Misty, Jackie and Taissa. We meet them as teenagers and, with the notable exception of Jackie, we encounter them again as middle-aged women, too. Starring Melanie Lynskey, Juliette Lewis, Christina Ricci and Tawny Cypress as the older versions of Shauna, Natalie, Misty and Taissa, respectively, the series is an all-too-rare opportunity for an almost entirely female ensemble to shine. The superabundant female population also emphasizes a larger, more resonant reality: that despite patriarchy’s influential marketing campaign to the contrary, women and girls form the central relationships in the lives of girls and women.

The past-present split can make the show feel like a hybrid teen/adult drama, which means, depending on your notions of what teens can handle, the series has cross-generational appeal. There’s nostalgia for the Gen X mum (I recognized some of my own favourite teen beauty products, including a beloved Clinique lip gloss and the blackhead astringent Seabreeze, the scent of which I could almost smell through the screen), and teenage drama for the older kids. The past-present split also offers an opportunity for older viewers to reflect on their own coming of age stories and consider the extent to which their adolescence still lives on somewhere deep inside.

It subverts familiar types and cliches

The bad-girl burnout, the prim virgin, the outcast, the straight-A student, Yellowjackets is populated by familiar character types that act as a form of dramatic shorthand. We think we know who these characters are, but that assumption is frequently undermined in action. While the series does rely on a few cliché presentations of character and class, it also makes the effort to subvert and collapse a few, too. One of my favourite scenes in the entire series sees single hot mess Natalie (Juliette Lewis) call out her friends for concealing their own significant messiness within the public-facing institutions of marriage and motherhood. Being a wife and mother can be a nice disguise for a range of self-destructive tendencies a single gal with issues just can’t conceal. After enduring patronizing comments from Shauna, a woman who cheats on her husband and kills garden rabbits, and self-righteous pity from Taissa, whose obsession with political campaigning and sleepwalking has her marriage on the rocks, Natalie snaps.

“I know you think I’m crazy,” she hollers, “but you know what I see? You guys are just as f-cked up as I am. You’re just better at lying to yourselves. You’re not healthy. You’re not stable. You’re living on the brink just like me.”