Why is Gwyneth’s "conscious uncoupling" kicking up a fuss?

The announcement of the recent break-up between the actress and Coldplay singer Chris Martin is fodder to Paltrow-haters; Flannery Dean explains why. 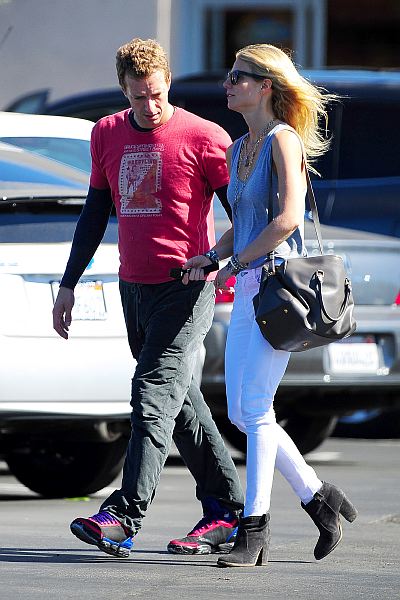 Last week actress Gwyneth Paltrow took to her Goop site to inform the world that she and her husband of more than a decade, rocker Chris Martin, had split up. Instead of using the usual vocabulary associated with such an event — parting ways, ending our marriage, etc. — she chose to refer to their seemingly mutual severing of ways as a “conscious uncoupling”.

If you’re scratching your head to figure out exactly how conscious uncoupling differs from an old fashioned bust-up, rest assured you’re not the only one, as Paltrow’s New Age phrasing kicked up an online fuss among critics and commentators.

Some saw Paltrow’s phrasing as one more instance of the actress choosing to endorse pretentious fantasy over hard reality. In a post for Slate.com, writer Jessica Grose argued that Paltrow was using her breakup as another way to show the world how truly evolved and superior a being she is .

Wrote Grose: “Even Gwyneth’s separation is better than yours. The announcement of the split is accompanied by a gorgeous photograph of the supremely actualized couple lounging in the grass.”

The problem for Grose is that Paltrow’s statement appears to lack in authenticity.

“But there is no admission of pain (besides a nod to “hearts full of sadness”) or any other emotion that might be messy, inconvenient, or real.”

Others just used the opportunity to poke fun at Paltrow, who has become something of a pop culture punching bag of late. For example, Slate.com lets you “Goop-ify your relationship status”. (I typed in my marital status and was told I was “consciously enmeshed” with my husband.)

But there have been a few defenses of the concept of conscious uncoupling, if not Paltrow herself. In an article for The Daily Beast, writer Tim Teeman argues that Paltrow hasn’t invented a phrase but is simply referencing an actual therapeutic model for dealing with a breakup. And given the fact that the pair has two relatively small children, it’s not hard to understand why Paltrow may be endorsing a peaceful break-up over a bitter, painful one.

I’m going to speculate that regardless of her language and her aspirations for making a clean, healthy break (divorce as relationship cleanse!) Paltrow is consciously keeping a lot of the reality (pain, sorrow, regret) to herself. She didn’t tell us why they’re splitting, but only that they are kaput. In a sense, she’s choosing to control the message and preserve her privacy while striving to attain an impossible goal — a pain-free divorce. Is that a bad thing? Not really. In fact, it’s pretty human. But it’s not the same thing as being honest.