Why can’t Bridget Jones save herself (and her baby)?

Bridget Jones is back in a third film — Bridget Jones’s Baby — and just as frustrating as ever. 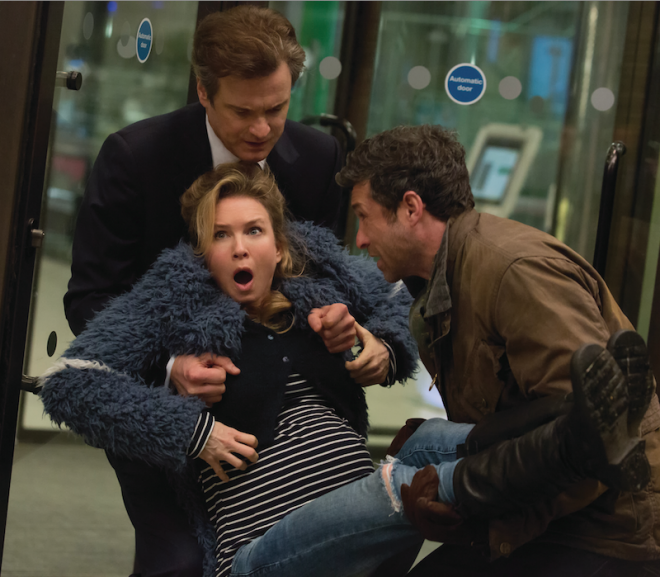 This piece was originally published by Flare.

A few years ago, I wrote about being obsessed with Bridget Jones — I’ve read the first book once a year, every year, since 1999 — and being horribly disappointed by Helen Fielding’s third Bridget novel, 2013’s Mad About The Boy. At the end of that piece, I noted that as much as I loved Bridget, I hoped to never hear from her again. And then a third movie was announced. Unlike the first two, the screenplay for Bridget Jones’s Baby wouldn’t adhere to the book, but instead hew more closely (but not identically) to a series of columns that ran in the U.K. Independent in 2004 and 2005. Colour me intrigued. Helen Fielding is clearly taking a Choose Your Own Adventure approach to Bridget Jones, and while the book and newspaper versions had me frustrated with Bridge’s inability to evolve over time, perhaps the third film would finally get it right. Expectations were v. v. high.

I felt nervous walking into the movie theatre, like I was seeing a friend for the first time after a rather awkward encounter. And the butterflies abated, at first. Bridget is 43 now and seems to have gotten her sh-t together. She’s a hard news producer at a show called…Hard News, where she rhymes off the names of fictional foreign countries with ease. She makes a surprisingly succinct eulogy at a funeral without veering into Fitz-pervert territory. She’s quit smoking and spends her birthday sweating it out in a SoulCycle-like spin class. (She also notes early on in the film that she’s finally reached her ideal weight, likely because Renee Zellweger refused to mainline doughnuts this time around.) 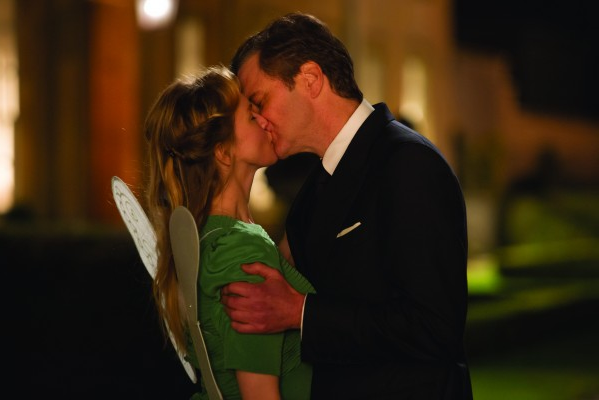 She is still single however, which is of course the crux of the film: Bridget shags two men in the same month (thumbs up!), then gets pregnant and doesn’t know who the daddy is (thumbs down!). The options? Good old human rights lawyer Mark Darcy (who, in a pleasant turn of events, is no longer dead), and dating company founder Jack, played by the inescapably charming Patrick Dempsey (sorry, Shonda Rhimes, I was trying really hard not to like him). The fallout that ensues is as uncomfortable as the amniocentesis Bridget refuses to get in order to save two men from nine months’ worth of paternity purgatory.

Mark and Jack vie for Bridget’s affection, and it becomes clear that she has solid concerns about building a future with either of them. Her no-nonsense baby doctor, played by Emma Thompson, tells her she doesn’t need a man, and is more than capable of raising the baby on her own. (I fear this idea is more mind-blowing to Bridge than it should be.) 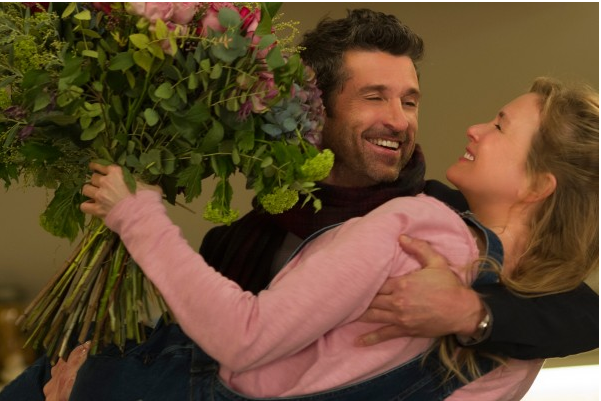 For a moment, it looks like she just might do it on her own… until she biffs a career-defining work presentation, loses her job without any shred of a backup plan, and then locks her keys, phone and wallet in a bank machine vestibule, and is left sitting on the street, in the rain, until being rescued by [name redacted] moments before going into labour. Not exactly a striking blow for feminism.

After a game show-like Let’s Finally Find Out Who’s the Daddy sequence — during which I’m pretty sure I was the only person in the audience not laughing — the father is revealed and Bridget has her Happily Ever After. She starts the movie as one tired trope (sad single spinster blowing out a post-SoulCycle cupcake on her birthday), only to end up as another (woman who needs to be saved by a man because she can never quite save herself). Sigh.

It’s not that I begrudge Bridget of her happily-ever-after this time around—and it’s by far the happiest-ever-after of the series—but more that I wish it had been harder won by a heroine who had the stones to get the amniocentesis, ace the presentation and stand outside the damn bank vestibule until another customer comes along.