10 Movies About Love To Watch This Valentine’s Day

Celebrate love of all kinds—familial, platonic, romantic—with these tender and charming flicks. 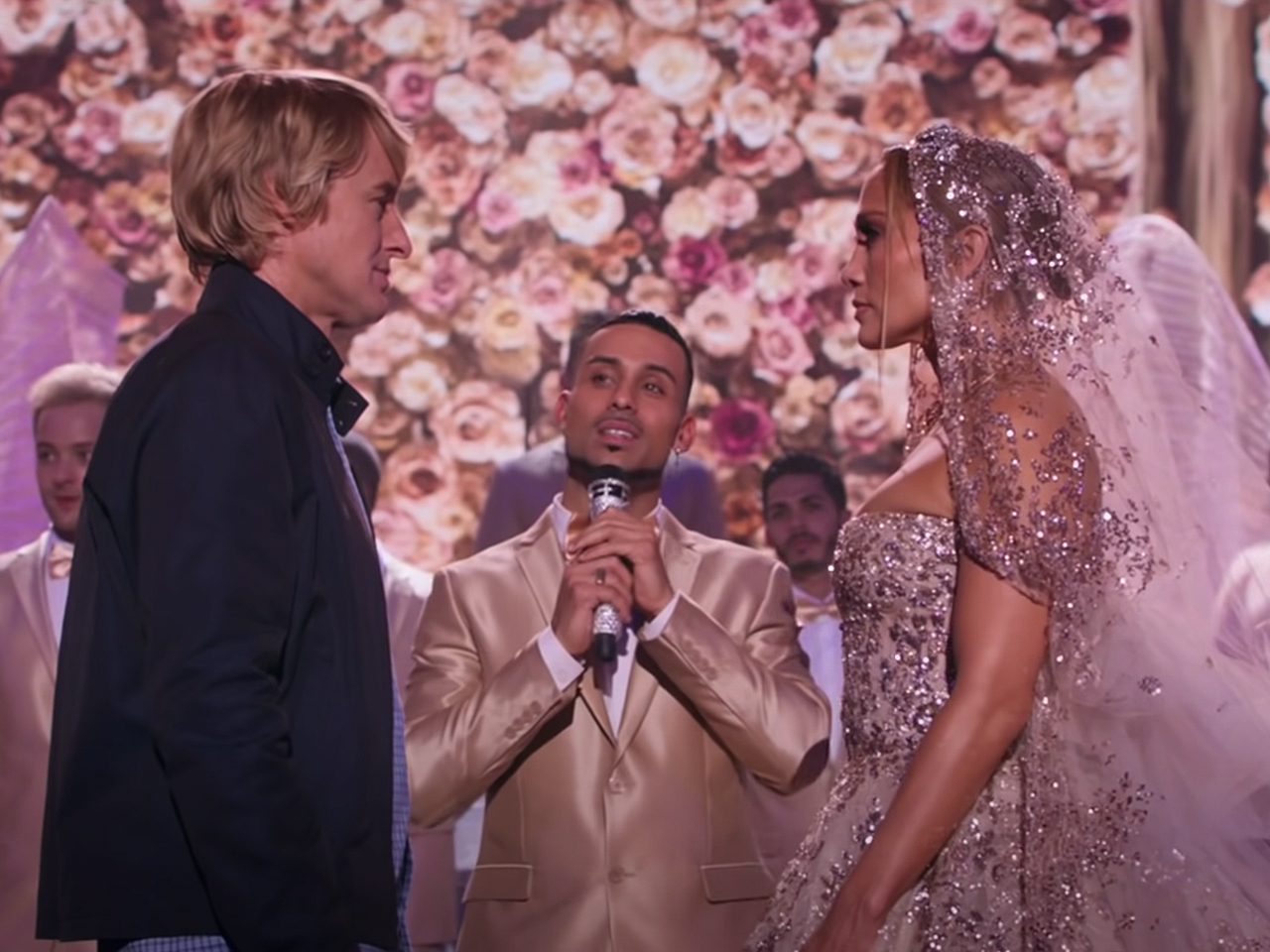 ‘Tis the season of romance, but love comes in a number of different forms. Whether it’s a feel-good romcom, a tearjerker about profound familial bonds or an enchanting story about self-discovery, there’s a movie for everyone this Valentine’s Day.

Every shot of Coda feels tender. The moving dramedy follows Ruby Rossi (Emilia Jones), the only hearing member of her tight-knit family—both of her parents and brother are deaf. She’s spent her life helping her family navigate the hearing world, but when she impulsively joins her school choir and the instructor sees potential in her, Ruby starts to develop a voice and identity of her own. In less capable hands, it’s a movie that could feel emotionally manipulative, but the love between the Rossis—and Ruby’s burgeoning love for music and herself—runs so true and deep, you won’t care if you end up shedding a tear or two by the end. Out now on Apple TV+.

Pig is a quiet drama that stars Nicolas Cage and, well, a pig, which may seem like a weird choice for a Valentine’s Day roundup, but hear us out. Yes, the basic premise of the movie is a bit odd, but that’s what makes it all the more beautiful. Cage gives his best performance in years as Rob, a former hotshot chef turned reclusive truffle hunter struggling with grief. When his beloved foraging pig is stolen, Rob will stop at nothing to get it back (but not in an excessively violent John Wick way). And if that isn’t true love, we don’t know what is. Out now on Crave.

College campuses are rife with potential for romance, which is exactly what happens in Shithouse. Written, directed and starring Cooper Raiff, the sweet coming-of-age film follows lonely and affable college freshman Alex (Raiff), who feels an immediate connection to his dorm’s whip-smart resident advisor Maggie (Dylan Gelula) after an unforgettable night. Of course, things aren’t as perfect and effortless as they may seem, but the best things never are. Out now on Netflix.

With Belfast, acclaimed filmmaker and actor Kenneth Branagh tried something a little different. The stylish black-and-white drama is an intensely personal love letter to his family and childhood growing up in Belfast, Northern Ireland during The Troubles (a long-lasting era of violent sectarian conflict) in the 1960s. Told from the perspective of nine-year-old Buddy (Jude Hill), the film unfolds with childlike joy—even despite the difficult and confusing times—as Buddy relishes his youth, first crush and warm-hearted relationship with his family. Caitríona Balfe and Jamie Dornan also star. Out now on demand.

It’s been too long since Jennifer Lopez has starred in a rom-com—it’s been too long since a big(ish)-budget rom-com debuted in theatres, frankly. Thankfully, that ends this Valentine’s Day weekend. Marry Me follows pop star Kat Valdez (Lopez), who is publicly jilted by her partner (Maluma) right before they’re set to get married on a livestream. Refusing to be humiliated, she pulls a random stranger out of the audience (Owen Wilson) to marry instead. It may not quite be love at first sight, but you can probably see where this is headed. In theatres Feb. 11.

No one knows you like your best friend—or to be more accurate in the case of underrated teen dramedy Unpregnant, your former BFF. When 17-year-old Veronica (Haley Lu Richardson) discovers that she’s pregnant, she knows she wants to get an abortion—which she can’t do in her home state of Missouri without parental consent. Her childhood pal Bailey (Barbie Ferreira) agrees to drive her to Albuquerque, where Veronica can safely get an abortion at a clinic. Cue classic road-trip movie shenanigans as the two teens slowly find their way back to each other. Out now on Crave.

The Sky Is Everywhere

Lennie Walker (Grace Kaufman)’s big sister is the most important person in her life. But when her sister suddenly dies, Lennie is left heartbroken. While struggling to cope, she grows closer with her sister’s fiancé (Pico Alexander)—who understands her grief like no one else—and a new boy in town (Jacques Colimon), who shares Lennie’s passion for music. Adapted from Jandy Nelson’s YA novel of the same name, Jason Segel and Cherry Jones also star in this emotional story about love, loss and healing. Feb. 11 on Apple TV+.

Chris and Tony Sanders (Vicky Krieps and Tim Roth) are two married filmmakers (Tony is the more “famous” one) who travel to Faro Island, where legendary director Ingmar Bergman lived, to reignite their creativity. While Tony thrives, Chris struggles with her work and cracks begin to appear in their relationship. Eventually, Chris comes up with an idea she pitches to her husband about a young woman who reunites with her first love, and the stories of both couples become intertwined in spellbinding fashion. Out now on demand.

The Worst Person in the World

A slew of critics who had the chance to see Joachim Trier’s dark rom-com The Worst Person in the World when it screened at various film festivals last year have been calling it one the best movies of 2021. Now, more people will finally get to see the Norwegian film, which follows Julie (Renate Reinsve), a young woman who has a history of indecisiveness and frequently making life-changing decisions. There’s romance to be found in the movie for sure, but ultimately it’s about Julie’s very millennial quest for meaning and a sense of self. In select theatres starting Feb. 10.

I Want You Back

When you’re heartbroken, sometimes the last thing you want to do is continue to talk about your sadness with your friends. So when Emma (Jenny Slate) and Peter (Charlie Day) meet each other after being dumped by their partners (Scott Eastwood and Gina Rodriguez respectively), they quickly share in each other’s misery. After discovering their exes have started new relationships, the duo team up to break them up. What is it they say about finding happiness where you least expect it? Feb. 11 on Prime Video.