Her father made an appearance on Good Morning Britain — and he did not hold back.

Thomas Markle can’t seem to stop talking to the media, and his latest interview may be his most revealing of all.

On June 18, Meghan Markle’s father made an appearance on Good Morning Britain for an exclusive interview, and he didn’t hold back about anything. The 73-year-old dished about his experience with the paparazzi and his first phone call with prince Harry (whom he called “very likable”), but it was his comments about missing his daughter’s high-profile wedding that caught our attention. If you need a refresher, Prince Harry’s father-in-law missed the big event because he had to undergo emergency heart surgery just days before the wedding. 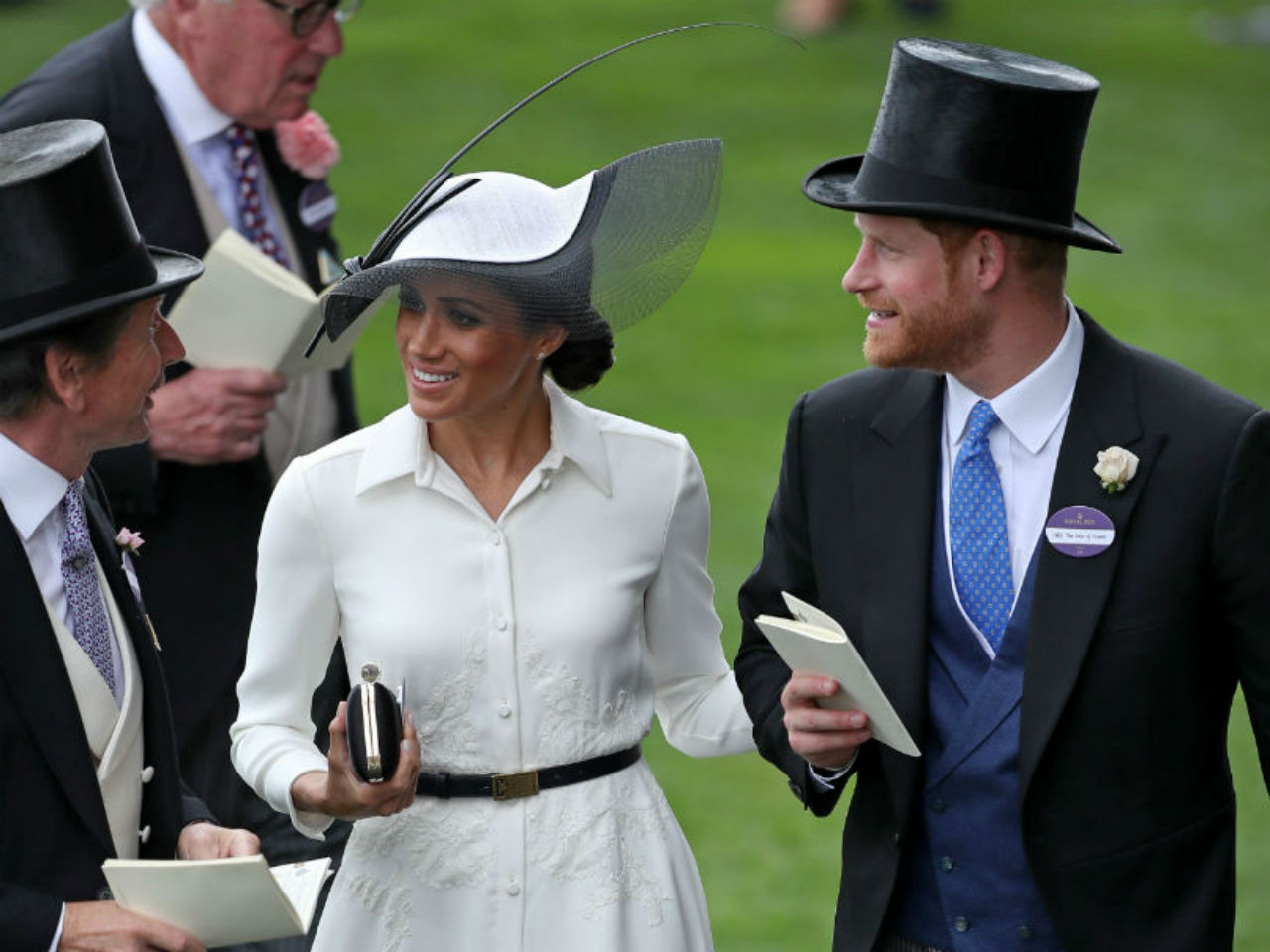 Meghan Markle Tops Her Royal Ascot Outfit Off With A Swooping Hat
“The unfortunate thing for me now is I’m a footnote in one of the greatest moments in history rather than the dad walking her down the aisle,” he told GMB. The statement echoes a comment he he made to TMZ last month, when he also likened missing his daughter’s wedding to missing the “greatest moment in history.” Thomas also revealed that he “cried” while watching Prince Harry’s father, Prince Charles, walk Meghan down the aisle in his stead. “I was honoured, I can’t think of a better replacement than someone like Prince Charles,” he said.

Prince Harry’s father-in-law also took the opportunity to address that time he staged paparazzi photos for money, revealing why he did it. “They’d take photos of me grabbing a beer, take photos of me getting into my car… they’d take photos of me making me look negative,” he said, explaining that he set up the pics in an effort to “save his image.” Harry and Meghan, of course, were *super* understanding. “I spoke to them both and I apologized. I realized it was a serious mistake” he said, adding that the famous newlyweds were “very forgiving.”

Thomas said that he will eventually “get over” the media attention he’s received, although with all of the interviews he’s been doing lately, he seems to be handling it like a seasoned pro.