How This Is Us Teaches An Important Lesson About Grief

For the Pearson family, the pain of losing a loved one isn't something you just get over. 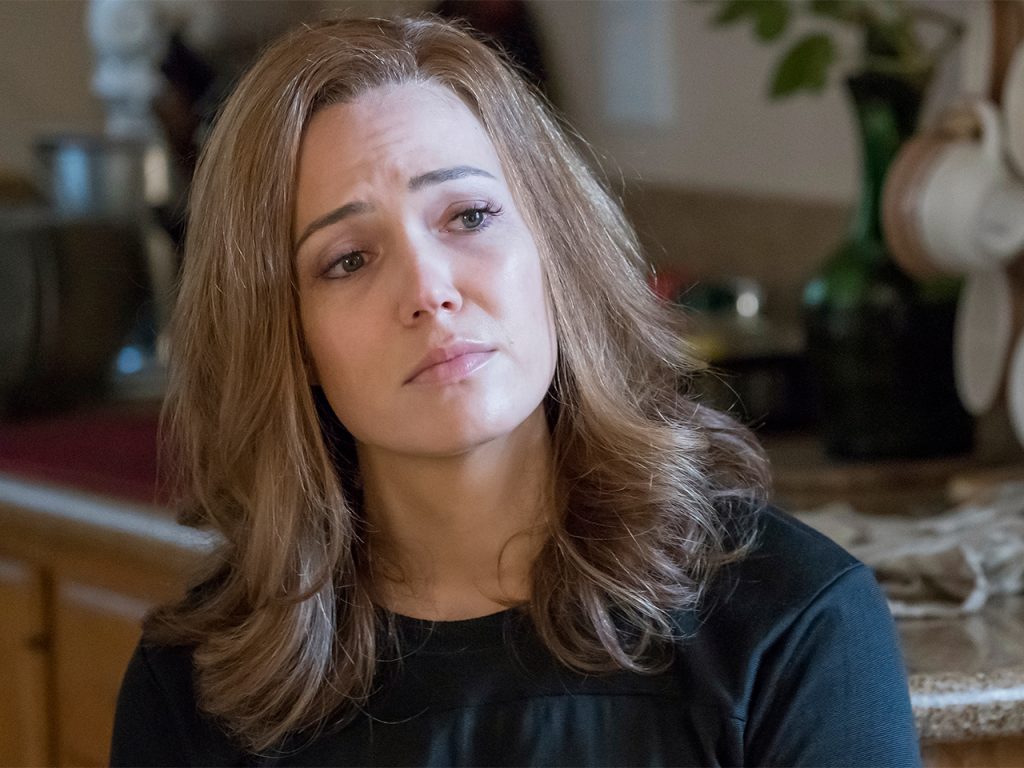 In theory, Tuesday’s episode of This Is Us, focusing on the funeral of Jack Pearson, should have been its most heart-wrenching yet. It’s a scene played out in many television series, watching characters you’ve come to love don black outfits to say their final goodbyes. But what makes This Is Us so powerful each week is its repeated reminder that when you love someone, there is no such thing as a “final” goodbye.

Viewers have known that Jack passed away since early in season 1. It was not a surprise. But what is surprising is how This Is Us used the story of the Pearson family to show the nuances of grief — how, in this case, losing a father or a husband is not something that you eventually “get over” but instead, a loss that becomes an integrated part of life going forward.

We saw it with Kate’s ritual of watching the Super Bowl with her father’s ashes, Randall remembering how his father would calm him when he became overwhelmed, Kevin’s residual guilt for his final words to his father and Rebecca’s inability to take off the necklace she received from her husband. Those moments are presented alongside frequent flashbacks, which helped audiences better understand the present lives of the Pearson family. With its format — giving audiences a glimpse into the past, present and now *spoiler alert* the future — This Is Us shows audiences how loss can shape how we live. And that is a narrative often missing from the way people approach grief in the real world, let alone how it’s portrayed on television.

This Is Us writer Dan Fogelman tweeted after the now-infamous fire episode on Sunday, revealing that the show’s deep understanding and portrait of grief comes from a personal place. “My mom died 10 years ago, unexpectedly. It’s the hinge upon which my life swings. Jack’s death is the Pearson hinge,” he wrote. “We look back. We move forward. That’s our collective journey. Sad? Yes. But when you look through a wide enough lens — it’s also outrageously beautiful.”

My mom died 10 years ago, unexpectedly. It’s the hinge upon which my life swings. Jack’s death is the Pearson hinge. We look back. We move forward. That’s our collective journey. Sad? Yes. But when you look through a wide enough lens – it’s also outrageously beautiful. #ThisIsUs

In the post–Super Bowl episode, Randall (Sterling K. Brown) compared grief to a toothache that turns from bursts of intense pain to a dull ache. I lost my mum nearly three years ago, and so far, that ache has yet to go away. I think we often believe that grief is temporary, and only allow expressions of it in that first few months or maybe a year. However, what the Pearsons show, and what I have grown to understand, is that there will always be moments of wishing that loved one was still around, whether that’s during the Super Bowl, Mother’s Day or simply when you see something that reminds you of the person you’ve lost.

When Rebecca (Mandy Moore) swallowed her tears to be strong for her kids, I remembered pushing my grief aside to be strong for my grandmother, who had just lost her child, and my dad, who had just lost the love of his life. When Randall recalled his father’s support of his big dreams, I remembered my mother’s support that was so potent I could *feel it* whenever I called to tell her about something I had achieved. To this day, I can still hear her say, “I’m so proud of you, babe,” and I miss that every time something new and exciting comes along in my career. And when Kate (Chrissy Metz) and Kevin (Justin Hartley) felt pangs of guilt over their father’s death, my stomach dropped, remembering all the times that I was cruel to my mother, not realizing that our time was limited. Personally, This Is Us has become a unique form of grief counselling for me, validating feelings that I’ve had and giving me an outlet to cry it out each week — and I’m not alone.

Imagine how many people are getting help processing old grief from watching the Pearson’s story on #ThisIsUs (P.S. Miss you Mom)

Just caught up on #ThisIsUs with the intention of watching tonight’s episode next, but I’m so wrecked I don’t even know if I can do it.

I didn’t anticipate this show helping me work through my grief the way it does. It’s a good thing, but it’s so exhausting.

This is Us reminds me about my dad. I was older but the unexpected trauma still lingers and hurts till this day. @NBCThisisUs really hits home for me. Everyone deals with grief differently and I love how the show shows that. #ThisIsUs Jack @MiloVentimiglia @TheMandyMoore

the greatest gift #ThisIsUs  has given us is its realistic depiction of grief never ending. Not after a year. Or two. It’s more acceptable for us to grieve with television every week then us to grieve every week in our own lives. Grief is as real, powerful, n unending as love.

Everyone eventually experiences loss, and it’s important to understand that grief is not a moment in time (or a singular episode). That’s what this show has given us.